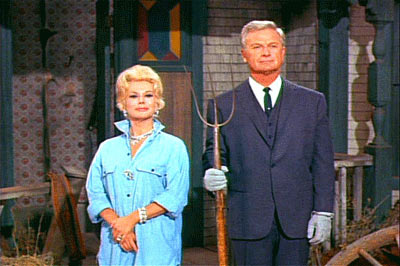 We’re the most unlikely people to suddenly become passionate about farming and ranching. But, as Isak Dineson (who was in a former life a Danish aristocrat) said when she suddenly found herself mistress of a coffee farm in Africa, “A farm is a thing that gets hold of you.”

But back up you say, “How did you get from being a couple that has never owned a lawn mower or even a house with a yard (not to mention your deplorable record with houseplants) to the enthusiastic owners of 40 acres in Sonoma with grand plans along the lines of Falcon Crest or at least the Ponderosa?”

Blame it on the San Francisco real estate market. We bought our first house together in a fringe area in the City. It was what we could afford and we figured we’d upgrade to a better neighborhood as we began to earn more. Flash forward more than 20 years later. We’ve spent so much time and effort upgrading this house and the insane San Francisco real estate market has shot up so rapidly that we’re now finding we live in the neighborhood we would have upgraded to (at least according to the prices.)

But Andy was persistent. “Let’s at least do some real estate tours of Pacific Heights and see if we don’t want to live there.” (Pacific Heights is one of those neighborhoods everyone here aspires to. Although, to my taste, it’s kind of boring during the day. Just International nannies, Mexican gardeners and clutches of Soccer Moms.) I let myself be dragged through a few weekends of real estate tours.

Guess what? For about $4 million dollars we could buy a house not much bigger or better than the one we have now (which we bought for $200,000). But even a part of that kind of money could buy a lot of interesting land in Sonoma just an hour to the North. Actually a fraction of that kind of money could buy you good Sonoma land for about five minutes just after the Dot Com Bust. And interest rates were at historic lows. How often does this happen? We were in a buying frame of mind right at that precise five minutes and snagged a loan we’re still marveling over three years later.

So that gets us installed in Sonoma. And as Dineson says, “A farm is a thing that gets hold of you.” Except it wasn’t really a farm. It was forty acres up and down a large hill with one dirt road, covered with mesquite and Manzanita and home to a large population of deer, rabbits, foxes, skunk, coyotes, at least one bobcat and a mountain lion.

Did I mention the wine cave? The previous owners had put in the road, cleared a bit of the brush and tunneled into the hill to build a wine cave. Then they got overwhelmed by it all, bought a Victorian in the town and unloaded the place on the first buyers who showed an interest (us). Having a wine cave sort of demands that you start making wine. It all just snowballed from there.

Perhaps because we’ve never had land to develop, we did it all backwards to what is normally done. There is sometimes genius in ignorance.

We decided to work the land first and build a house last. Three years later, we’re still years away from any permanent dwelling.

We started by clearing brush and building a network of nature trails throughout the property. Then we built a tent cabin. (If you’ve been to Yosemite, you know this one: a wooden platform and framework with canvas stretched over it.) Then we started planning the vineyards, and putting in a treatment system for our well (wonderful water but loaded with iron which clogs the pipes — human and PVC.)

We were lucky to find a landscaper with tree-hugger sensibilities (Louise Leff Landscape Architecture) who agreed with us that we should embrace what we had instead of trying to change it into something it’s not. (Personal aside: nothing makes me more furious than seeing people who put a huge thirsty Bluegrass lawn around their McMansions in Napa and other semi-arid areas. If you wanted Tara, go to Georgia!)

Our master plan: landscaping should be confined to drought-tolerant native pla nts (with a few “could be natives”). Then thinning out some of the brush and artfully rearranging the rocks that were dug up out of the three acres where we planted the vines. Somehow that expanded to vineyards, olive trees, an organic orchard (which are small spindly trees now) and a soon to be installed organic vegetable garden. Along the way that got augmented with such non-agricultural projects as a bocce court, a garage/workstation, a barn (still under construction) and pastures (still waiting to be cleared) and an amphitheater. Yes, an amphitheater. I’m not sure what we were thinking on that one. Andy may subject our friends to his guitar stylings and I may have an evening of recitations from Shakespeare. But when the crews kept digging up all those rocks as they cleared the vineyard, we just kept coming up with more ways to use them. And we’d put a stone wall around just about anything that seemed stationary.

So here we are today. We have a tent cabin, an outdoor shower, an Incinolet Toilet (“Turns your waste into harmless ash!”) and loads of fun still ahead of us.

“A farm is a thing that gets hold of you.”

Find some pictures of our land in development here at Flickr here and here. 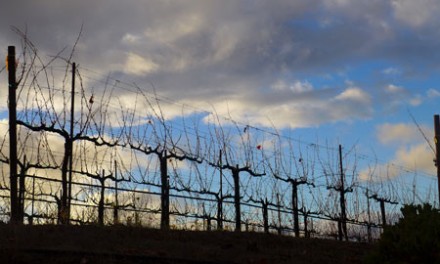 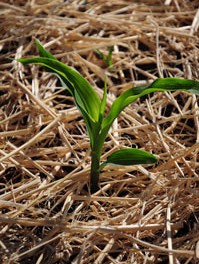 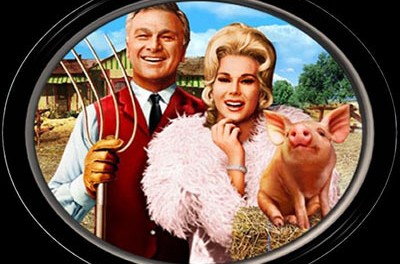