It’s official, Gordon Ramsay is my new TV boyfriend. I’ve got my Tivo set to record every show this profane and hilarious British chef does: Kitchen Nightmares, Hell’s Kitchen and The F-Word.

While I’ve learned some interesting cooking techniques — and more importantly — criteria for judging restaurants from him, I think Gordon Ramsay is the under-sung genius of business. Forget Donald Trump. (And I still can’t figure out how Mr. Comb-over ever got the reputation as a financial genius given that he started with Daddy’s money and he’s been a serial bankrupt since then.) But Gordon, Gordon really knows the score. So the first event on our London trip HAD to be a visit to a Gordon Ramsay restaurant.

If you aren’t familiar with his most famous show, Kitchen Nightmares, here’s the premise: every week highlights a two to four week period he spends at a failing restaurant trying to turn it around. The results are amazing, and surprisingly, very little of it has to do with fancy cooking — or even cooking at all.

1.) The first Gordon Ramsay Business Tenent: Know what the F*#&CK you are doing.

And Gordon wouldn’t resort to deleting the expletives. But you would be amazed at how many restaurants he goes into where people have never worked in a kitchen, have no idea how to cook, and whose business plan was “I just thought it was kind of a rock star way of life and I’d quite like to do it.” Sounds elemental, but looking back on my working career, it’s amazing how many people think that way, especially when entering the so called creative professions. Despite the fact that the best graphic designers I’ve ever worked with went to Art College, trained extensively, had a natural aptitude and apprenticed for sometimes years with the best, so many people think “Well, I think I have pretty good taste. I can do that.” My friend Susi, who is a lifelong and accomplished knitter and did extensive research into the business model before opening the store, was floored one day when a Management Consultant she’d known briefly said to her, “Yeah, knitting’s hot. Think I might open a store to take advantage of that trend.” He’d never knitted. Knew nothing about it. But figured he could succeed because he’d identified it as trendy. As if passion, knowledge and background had nothing to do with it.

I pride myself on the fact that I haven’t let loose with the torrent of foul language Gordon spews at poseurs like this, but I certainly wish I could have. I don’t even want to tell you the number of places Gordon goes into where the the wannabe rock star chef is opening packets of packaged sauce from Tescos and putting it in the microwave.

Gordon invariably spends the majority of the show cutting back on ingredients, streamlining things, decluttering the decorations and just basically taking out the trash. He goes ballistic when someone takes a nice piece fish and drenches it in a sauce of fifteen different pretentious ingredients — some seemingly not found in Nature. His mantra is always, buy the best fish, meat, produce then let it stand on its own with just one or two accompaniments that enhance not hide the flavor.

Love you Gordon, but you are fighting a losing battle. The modus apparandi of the clueless is “If we haven’t mastered it, let’s just overcomplicateit.” Isn’t that just the way of things. Seems like most people just can’t get out of their own way. Find the shortest distance from point A to Point B. Streamline it and keep it simple and clean. Success. I can’t tell you how many times I wrote clean, simple, straightforward advertising copy and some clueless client said, “Find me a new word I have to look up in the Thesaurus. These are everyday words. I have these words. I want new words.” Excuse me, as if communication isn’t about being as simple and understandable as we can be?

#3 Gordon Rule: The Customer is What it’s All About

Again, I’m falling on the floor laughing as Gordon fights against failing business owners who want to maintain their fussy decor, confusing food and bad service because that’s they way they’ve always done it. Despite the fact that Gordon polls former customers who are saying “I never go there because service is slow, food is too complicated, etc.” I’m also amazed at the number of restauranteurs on the verge of bankruptcy who get into heated arguments with Gordon, Britains most successful restauranteur ever, about how to run an establishement. Seems to me, when the last chance between you and foreclosure is a reality show, it’s time to listen to a proven expert.

But long preamble up to the main point. Heading out to London, there was only one “must do” on the list. Had to dine at a Gordon Ramsay restaurant. Our choice was The Boxwood Cafe. I was hoping it would be so, and it was. Gordon Ramsay lives up to the hype. Everything we had was clean, fresh, local and beautifully cooked in a way to highlight the ingredients not obfusticate them. My only complaint was that the cheese plate was just served without the elaborate explanation I’m used to in San Francisco (which is justifiably proud of its nearby Sonoma dairies.) Andy said it was just indulgence and he could do without the commentary. But I like the way San Francisco waitpeople will give you the complete history of where every cheesemaker apprenticed, what every cow, goat or buffalo who produced the milk for every cheese ate in the last six weeks and whether or not they were currently having issues that might slightly affect their milky output.

But that’s just the San Francisco perspective. Although I think I’ll drop Gordon an email and suggest he add the commentary to the cheese plate service. And maybe that he put Two Terrier Vineyards Cabernet on the wine list. 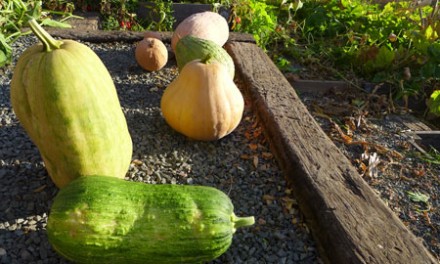