This promised to be not just any trip to Hearst Castle. Gerry’s father used to be a crime reporter at one of Hearst’s New York papers, a position in the Thirties similar in prestige and star power as being a network news anchor today. But unfortunately he came to believe Hearst was more interested in sensationalism and his political agenda than in truthful reporting, so Gerry’s father tendered his resignation. Hearst said, “You’ll never work in newspapers again.” And he never did. So you can see, we entered San Simeon with our own agenda. (See pix of today’s trip here.)

The surprising thing is that, by the end of the tour, we all, surprisingly even Gerry, liked old Bill Hearst. She, of course, had always thought he was the moster who ruined her father’s livelihood. Mom and I had our opinion formed by the meglomaniac Citizen Kane. Our impression, thanks to Orson Welles, was that Hearst built this expensive pile, kept buying and buying and none of it made him happy.

But from what we learned on the tour and the excellent National Geographic documentary on him, he was enjoyed San Simeon to the fullest. Instead of the ostentatious pile of mish-mashed gleanings from European buying trips, the castle is surprisingly charming. It’s the house of an endlessly curious, energetic and ecclectic collector. Judging by the interesting juxtopositions, Hearst knew exactly what he was doing mixing Middle Eastern, Renaissance, Medieval and Baroque art in one room. And he seemed to do it in a very witty way.

The documentary on him showed him laughing and dancing with his guests and painted a picture of an energetic Westerner who was up at the crack of dawn, riding horses full tilt over his ranch, rushing back for tennis and then hosting an incredible dinner for half of Hollywood.

For all his faults and sins, we all left happy that Bill had thoroughly enjoyed his money.

Nothing much could top that event, so we spent the rest of the day mosying along the coast and looking at the dozens and dozens of elephant seals who had hauled themselves out of the sea and were sunning on the beach.

Then the Golden Girls really swung into action and showed what they were made of. Despite an energetic day of walking on tours, they polished off a bottle of wine before dinner, where Gerry continued her Garlic and Goat Cheese tour of California (this has been the theme of her meal ordering). 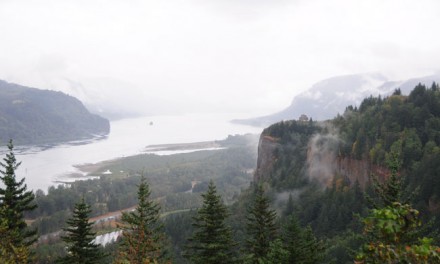