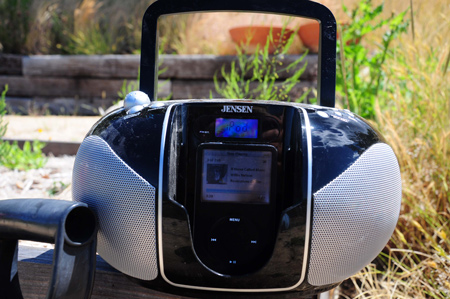 Thirty five years after Gram Parsons died, I’m just getting around to discovering him. Which is amazing since I’ve long loved country-tinged rock from the LA Country Rock sound (I guess best typified by The Eagles) to alt.country (think K.D. Lang’s Absolute Torch and Twang) which may not have come into existence without his charismatic influence. At a time when, as Emmylou Harris (his duet partner) says, country was shunned by the rock community as hick and politically incorrect, Gram evangelized it as “The Other American Roots Music.” In fact, some of his heaviest influence is said to be on Keith Richards, who he introduced to all the varied styles of country music and who Keith has said was his “musical soulmate”. Unfortunately, Gram, coming from a Southern family Tennessee Williams would have recognized, was no one who should have been hanging around Keith Richards. As big as his talent was, his appetite for self-destruction was bigger. He lived hard, died young, and left a beautiful corpse . . .that his friends bizarrely cremated in Joshua Tree National Forest. (But more on that later.)

I’ve just downloaded or purchased as many of Gram Parsons’ slim volume of recordings that I can get. Including The Byrds’ Sweetheart of the Rodeo, which Gram, a session player and singer with the band, and friend of leader Chris Hillman, convinced them to do as a country album; through two Flying Burrito Brothers albums fronted by Gram; to Gram’s two solo albums, G.P and Grievous Angel; and including his live album with his Fallen Angels Band. I’d also recommend the documentary, Gram Parsons: Fallen Angel, (which you can rent on Netflix) for a good overview of his life and influence (including extensive interviews with Keith Richards and Emmylou Harris).

While the music is haunting and beautiful, sometimes it suffers from the recording limitations of the late Sixties and early Seventies, even with remastering. What is a shame is that there is so little live footage of Gram Parsons in performance. Keith Richards says he had one of the purest, heartfelt voices and deliveries of any singer he’s ever heard. He describes how even in the middle of LA’s raucus Palomino Club, Gram could bring hardened waitresses to tears with his singing. You certainly can hear that, especially in his sadder duets with Emmylou Harris, who he discovered and made his duet partner when he decided he wanted to partner with a female singer in the great country tradition of Dolly Parton and Porter Waggonner. It didn’t hurt that he had puppy dog eyes, Southern charm and a killer Nudie Suit, emblazoned, not with wagon wheels a la Porter Waggoner, but with psychodelics, marijuana leaves and Mexican shaman imagery. Here’s a clip of the Burrito Brothers, in full Nudie Suit regalia, doing Christine’s Tune. Or listen to him and Emmylou doing Grievous Angel. Perhaps his best illustration of the power of country music is when he and Emmylou take two soul standards, Love Hurts (see clip here) and The Dark End of the Street, and reimagine them as country songs with devastating effect. (Here’s Emmylou talking about Gram and his influence.)

Although Gram’s influence was wide, profound and continues, his own music was over when he died of a massive alcohol and morphine overdose at the Joshua Tree Inn at age 26. In some ways, he was just fulfilling the destiny of a wealthy, weird and destructive Southern family (his father shot himself, his mother drank herself to death — possibly assisted by Gram’s step-father who had already consigned Gram’s younger sister to an insane asylum in an attempt to grab control of the family fortune.) David Meyer, in the definitive Gram Parson’s biography Twenty Thousand Roads, says Gram was bound and determined to throw away his talent with both hands.

So about that cremation: a year before he died, Gram had attended a funeral with his long-time road manager and allegedly made him promise not to have a standard, impersonal funeral, but to cremate him in Joshua Tree, a place he loved. After Gram’s overdose, as his body was being loaded on a plane in LAX headed for his family in New Orleans, Gram’s road manager along with several groupies, high on tequila and psychodelics, pulled up in a hearse, convinced the airline personel to let him have the body and drove it to Joshua Tree. Once there, he doused the coffin with gasoline and lit a match, a botched job that succeeded only in mutilating the corpse. The body was eventually reclaimed by Gram’s family who shipped him back, as originally planned, for burial in New Orleans. But as Gram’s sister says, he shouldn’t be remembered for the bizarre things that happened after his death, but the musical legacy that he left. Perhaps the best tribute is The Eagles’ My Man which Bernie Leadon wrote for his former bandmate without whose influence we probably wouldn’t have The Eagles.

I’m not a rock historian and can’t do justice to dissecting Gram Parson’s music and his influences. In fact, I realize this isn’t much more than FanGrrrl musings. But download, buy or view some Gram Parsons music. Think you’ll be hooked.