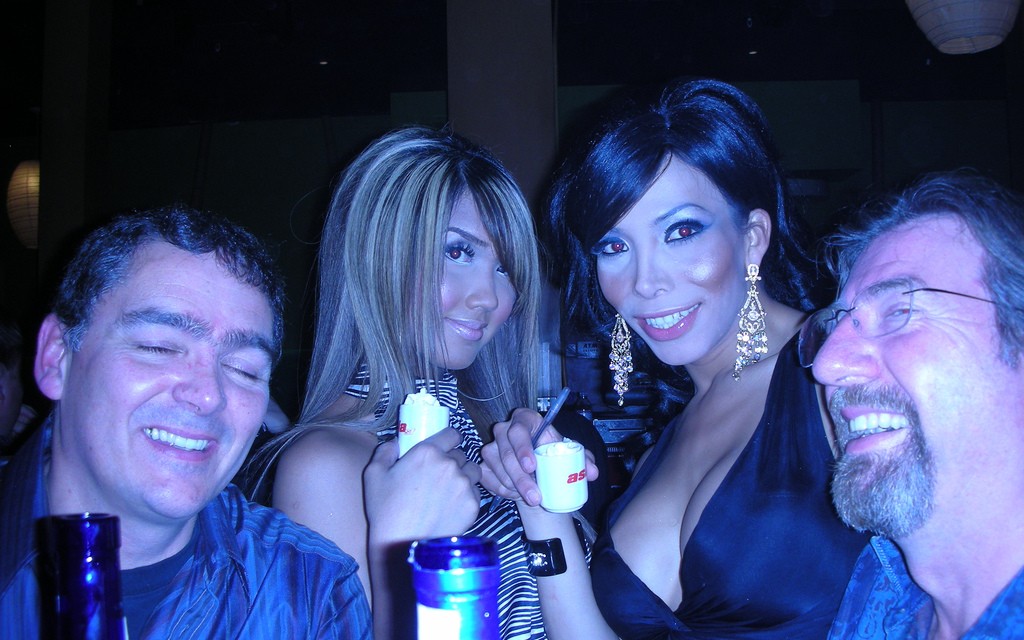 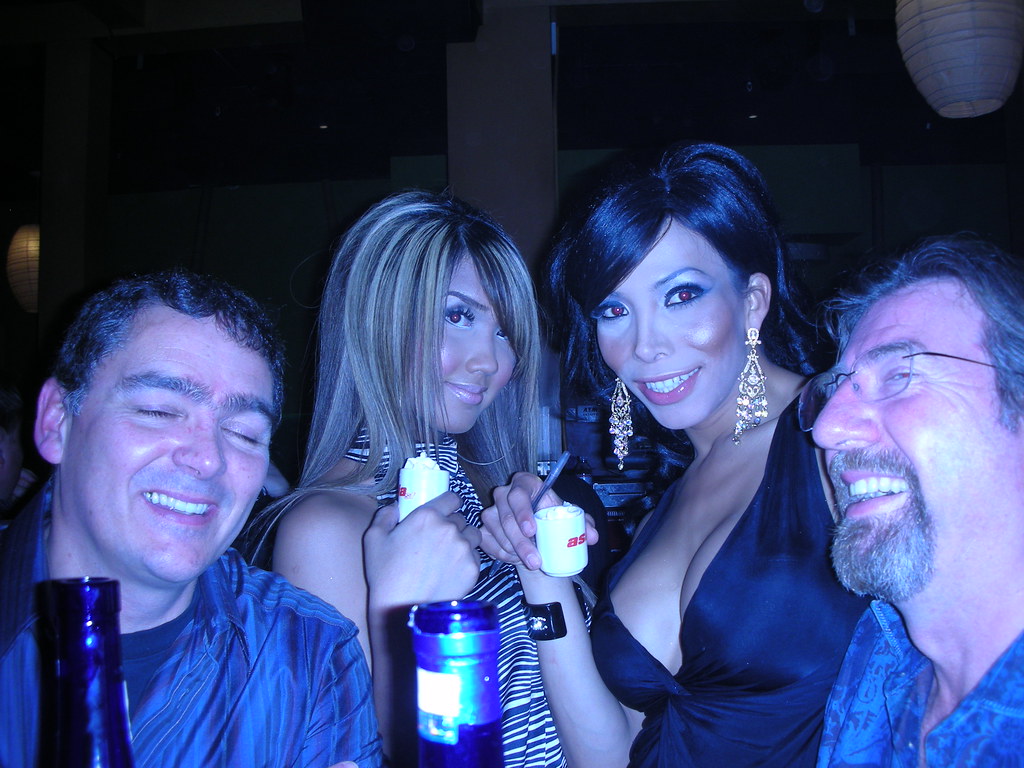 Saturday night was our sometimes monthly dinner with our friends from the suburbs of Marin. Since they’re doing the trek into the Big City, we let them pick the restaurant and they usually want to go somewhere trendy.

“So where are we going tonight?” I asked Andy. “Uh, AsiaSF.”

I remembered from a restaurant review that the schtick here is floor shows featuring Asian cross-dressers — who they call Gender Illusionists. Not that that would faze us. We’ve been to Bangkok. But people from a squeeky clean, white Marin suburb. . .

“Uh, do Keith and Christine know what AsiaSF is all about?”

“Well, I asked Christine if she knew anything about the restaurant and she said she’d heard it was Asian Fusion.”

Well, yes, you could put it that way.

As we negotiated traffic and the rain, running late to our reservations, we suddenly got a text from Christine: “This place is BIZARRE!”

Andy turned to me, “This is going to be one interesting evening.”

We were greeted at the restaurant by a thumping disco beat, crowds of Britney and K-Fed wanna-bees, what looked like several raucus bachlorette and birthday parties in progress and, yes, lots of Gender Illusionists. They aren’t confined to the floorshow, they’re an integral part of the scene. They seat you, they take your order and they try to get you to drink a shot from between their silicone breasts. But more on that later. 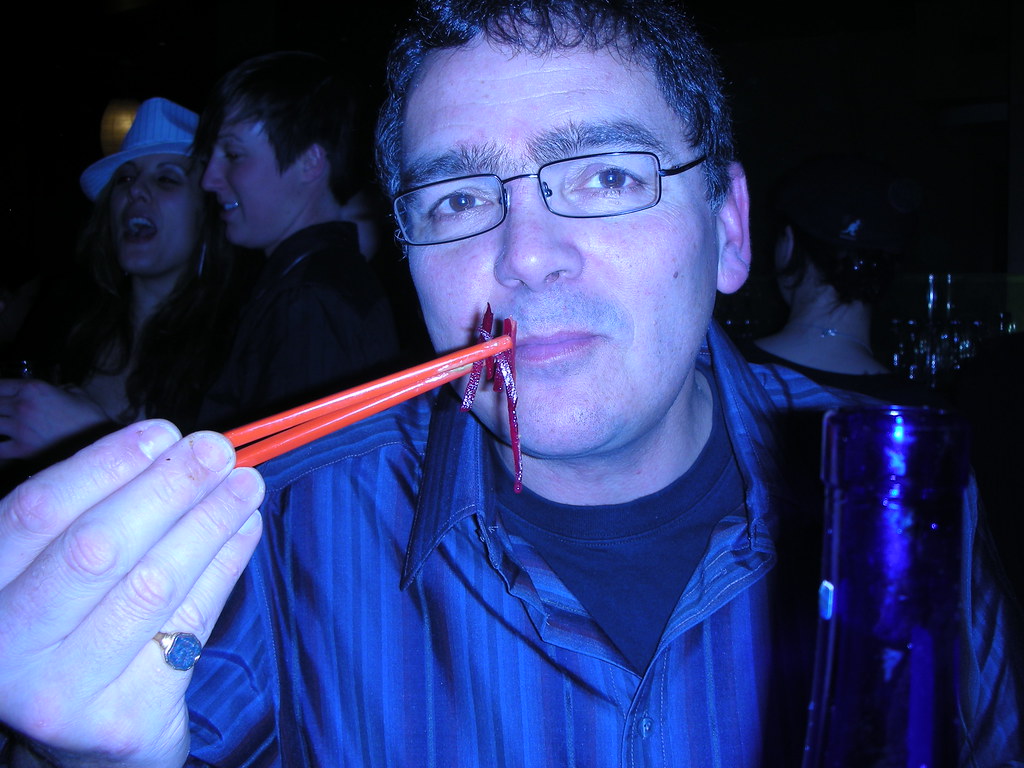 All in all, the floorshows weren’t that spectacular. Every fifteen minutes or so, one of our Gender Illusionists would get up on the bar and lipsynch to some loud song like “I Love Rock and Roll”. But again, if you’ve been to Bangkok, it takes something really inventive — perhaps involving ping-pong balls — to really amaze you.

At last, an older heavier Gender Illusionist got up and actually sang. She channeled Judy Garland by way of Marlene Dietrich through several standards that she cleverly changed to exploit all the double entendres. She was fabulous. Or as she probably would have said: “Fab YOU LOS!”

As for the lipsychers, I got a little bored after the third one and started watching the floor show put on by the people who had paid to get in.

Two things I’ve honed in twenty years of living in San Francisco: my Gaydar and my ability to spot the Bridge and Tunnel Crowd with one quick sweep around the room. Seems there were a lot of people over from the East Bay ready to expand their horizons — but weren’t really batting for the other team. Or at least hadn’t been issued the jersey. I watched one Britney Spears wanna-bee who was trying to tongue-kiss anything that moved. She really gave experimentation the old college try, but I doubted she’d remember anything about it the following morning. So in my book: doesn’t really count.

I must have been more bored than I thought I was, because I started fixating on the Britney and K-Fed style hats everyone under 32 seemed to be wearing. I don’t really follow Britney’s styles, but I do remember wondering why she and K-Fed were always wearing hats that I’ve seldom seen on anyone but 80 year old golfers. In fact, I think other than Britney and K-Fed, the last person I can think of who constantly sported this kind of topper was Bing Crosby. How did this get to be a trend? Who decided this looks good?

Besides the endless food for thought this scene gave me, there was one other experience that I could only have found in a loud cabaret filled with silicon-implanted Asian transsexuals. Andy got so involved in being low profile when a one double DD “ladyboy” was trying to find volunteers to drink a frosty shot out of her cleavage that he did something no former English public school boy would ever do. Even if you put a gun to his head.

He completely forgot himself and ate a full side dish of BEETS. I’ve got it on film for documented proof since this story would never be believed back in Surrey.

The moral of the story: next time, we choose the restaurant. 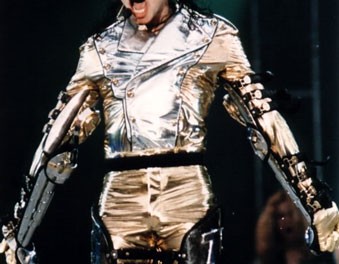 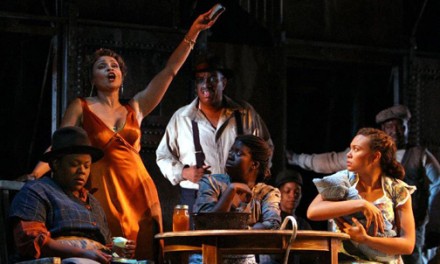