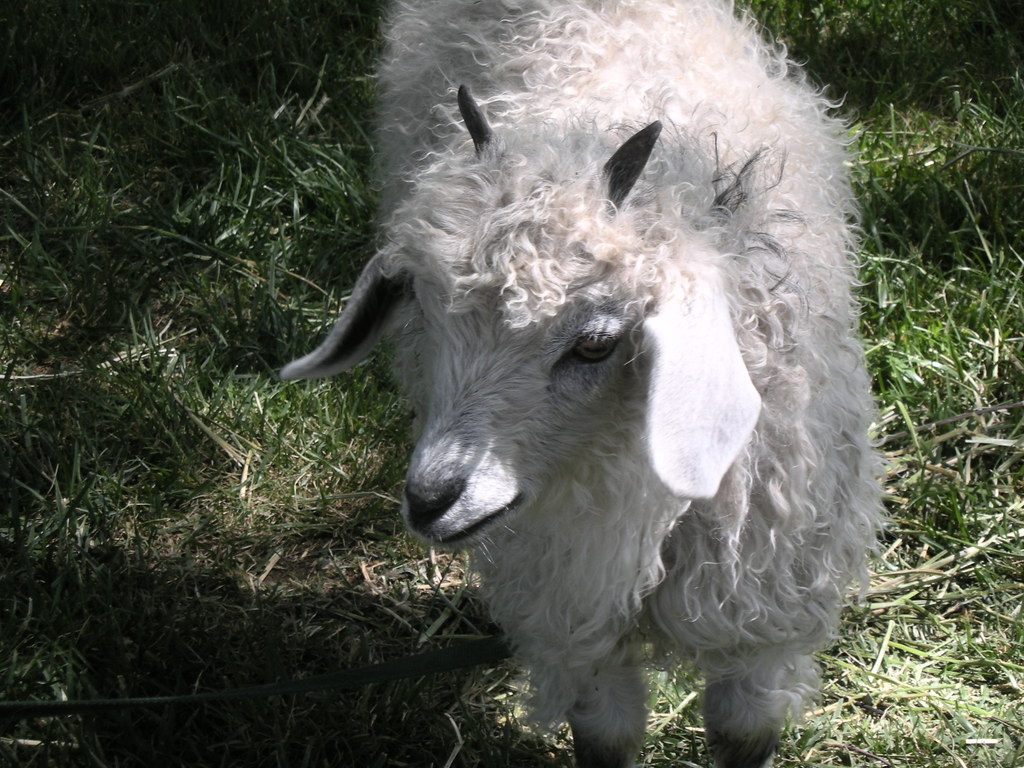 Back at the Barking Dog Cafe, (“More Bark, Less Bite”) the only place I can find in Sonoma with free Wi-Fi. I tell you, it’s like being in the Old West trekking two miles into town to hook up the old laptop and start uploading! With a bunch of chores done around the ranch, we started our reconnaissance around the Valley for good ideas on equipping Two Terrier Vineyards — beyond the hand crank machines and food grade plastic buckets that comprise our operation so far. Our first stop was Truchard Vineyards, which a friend had told us was a small enough operation (by appointment only) that you could chat to the winemaker and take a tour of the equipment rather than just the tasting room. Truchard turned out to be just what we were looking for.

First of all, we had a hard time getting to the tasting room, as distracted as we were by the goats staked out in the yard. For some reason, I’ve gotten fixated on goats as the perfect livestock. I guess I have unrealistic visions of them selectively eating only the weeds, scrubby Chamise and poison oak, while leaving alone all the wildflowers and oak trees on our pasture. Especially if you’ve ever encountered Chamise, or worse yet, had to try to get rid of it, you’ll see how seductive a dream this is. You know how George Bush is always talking about all the “brush clearing” he’s doing up at his Crawford ranch? If he’s cutting Chamise, I could even find a grudging respect for him. If he would come and cut down MY Chamise, I’d even vote for him. Termed out? I’d lobby for him to have an extra term. Well, not really. But easy Chamise eradication is a powerful dream. It makes one contemplate strange things. Like owning goats.

And goats are apparently more complicated than you would think. First of all, the goat owners I’ve spoken to make goats sound worse than our terriers in terms of neediness. Apparently goats crave love and attention. If you don’t give them enough, they can even get the vapors and literally die of broken hearts. Now I don’t know if this applies only to delicate pure-bred goats or if the hardy goats I’d like to get would be this susceptible. But given that I have two needy terriers who need massive amounts of cuddling and cookies at all times just to maintain equilibrium, I’m not sure I’d have enough emotional reserves for a goat.

Or goats. Like terriers and horses and other herd and pack animals, I’m told, you can’t have just one. They need friends. Otherwise I guess you’ll be calling the goat vet for a prescription for Goat Prozac. Given that we’ve got one terrier on her meds, I wouldn’t look forward to that possibility.

But most daunting is the problem of keeping goats confined. Goats, I hear, are escape artists. They’ll dig under, jump over, chew through or destroy almost any fence you can imagine putting up. Since we’re trying to maintain wildlife right-of-way, with fencing that deer, foxes, bobcats, coyotes and even our resident Mountain Lion, Leonard, can get through, a goat-proof fence would seem to violate that access. This isn’t just crunchy granola “save the fuzzy creatures PETA” thinking. Despite their fearsome reputation, bobcats, coyotes and even mountain lions get a lot of their protein from rats, mice and little varmits. Exactly the sorts of critters you don’t want to have a population explosion as a result of removing their predators. In other words, it scares me less to think about Leonard stalking around the property than it does to imagine hordes of rats boiling over the hill toward the barn. Judging from the scat I’ve seen, our coyotes and the bobcat are munching on a LOT of mice. And judging from the infrequency of tracks and the only occasional deer carcass, Leondard the Mountain Lion only drops by every other quarter or so.

So again. Goats. How to keep ’em and keep the wildlife corridors open. At Truchard, they had their goats tethered out on the front lawn outside the tasting room. Which was not perhaps the best of ideas, given the smell. There’s a reason we’ve developed the word “goaty” to describe something not exactly redolant of lilacs and lavender. But the idea of staking suddenly made goats seem like a possibility. And an interesting possibility if I could stake them to a particularly nasty clump of Chamise, with the happy expectation that they would munch it down to the roots. I’d be counting on their famous neediness to keep them from trying an escape if horses were also out in the pasture with them. Perhaps they’d be so concerned about staying with the “in crowd”, they wouldn’t chew through their tethers and go walk-about. And there would be all that tasty Chamise.

But I started out talking about wine equipment. Yes, Truchard did the trick and before we’d driven out of sight of the winery, Andy had formulated a workflow and complicated equipment plan relying on the natural gravity of our hill for most of its power. Don’t ask. I didn’t get into details. But it’s good to have an engineer on your side. Especially one who works on cars and machinery. They can build stuff. 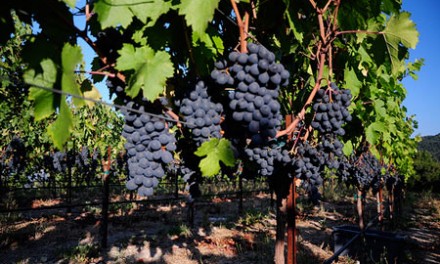 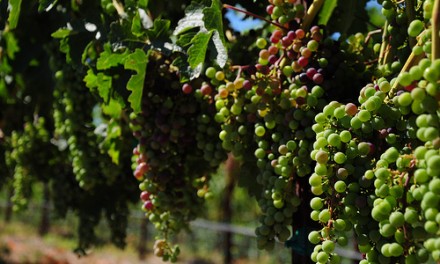