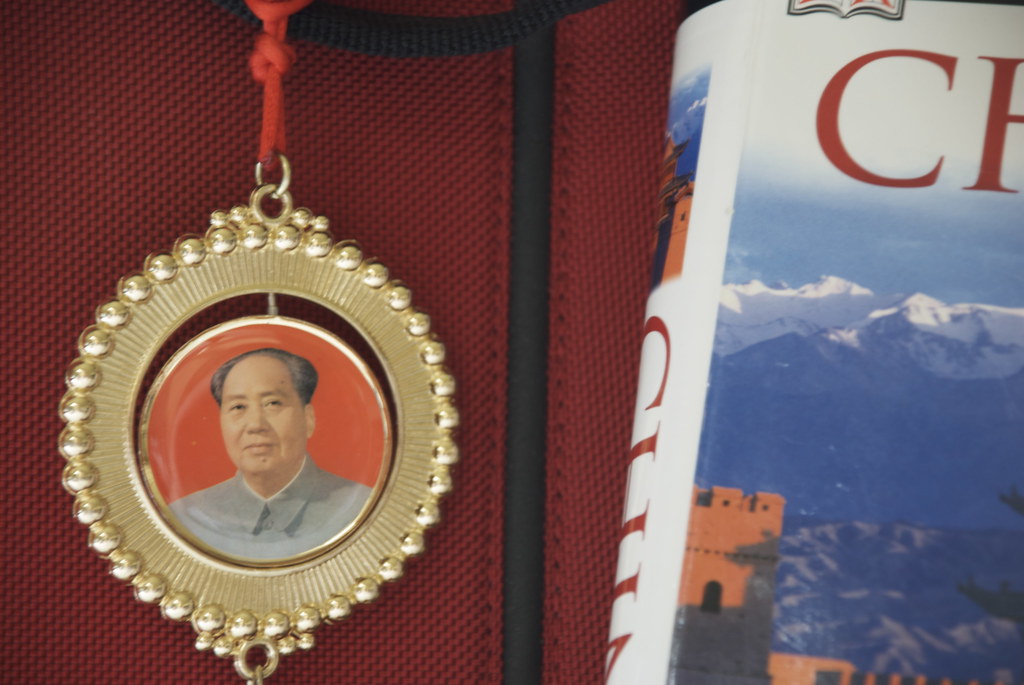 Only a few weeks ago, I put together my “Bucket List” of things to do before I kick it. Some of the goals were doable, some were probably just pipe dreams. Like “Go to the Olympics”.

Then yesterday, Andy announced that his partner in Taiwan was being hosted to the Olympics by UPS and was given the opportunity to invite two other people. They chose us! That means, not only the Olympics, which would be cool enough if you only got the cheap seats. But UPS is a major sponsor, so we’re talking First Class all the way, hospitality suites, meet some of the athletes, get whisked around in private buses and limousines.

[Insert video of me doing that dance Eddie Murphy used to do in his standup routine when he was imitating kids.]

Although this is beyond my wildest imagining, I’m ready. As you can see above, I’ve got red luggage, I’ve got guidebooks and a medallion of Chairman Mao from my first (and only) trip to Beijing when I glommed on to one of Andy’s Asian business trips.

I don’t know why this is such a dream of mine. I never even watch any of the Summer Olympic games. I prefer the Winter Olympics. They have great sports that involve large Scottish men sliding across the ice with brooms (curling). Or sports that combine handsome Nordic types and cross-country skiing. . .and guns (the Biathalon).

I told Andy, “I don’t even care if they send us to one of the really hokey events like Rhythmic Gymnastics or Balance Beam. We’ll probably just get sent to whatever event the luck of the draw gives us.”

“Weeeeell”, Andy said, “They actually asked me what events we wanted to see. And I said Swimming, Track and Field and. . .er. . .gymnastics.”

So now I’m scouring the “up close and personal” sections of the official Olympics website. But I don’t really care. I’m cheering for everyone. Let EVERYONE win.

I’M GOING TO THE ‘LYMPICS!

Possibly even better, UPS is flying us to Beijing via Shanghai, where we’ll have a two day stopover on the way back. So I’m off to rent some of those great old Thirties movies about white women sucked into the depraved life in Shanghai — like Shanghai Express with Marlene Dietrich and The Shanghai Gesture with Gene Tierney. Just to get in the right frame of mind.

Now I have double, triple, quadruple incentive to get myself proficient with that Nikon D80.

And if you see the UPS man, give him a kiss. He’s sending us to THE OLYMPICS! 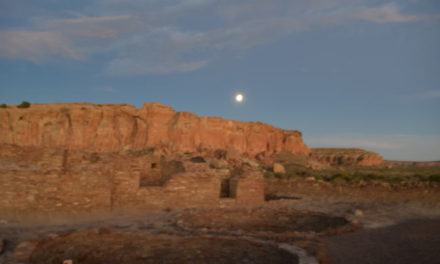 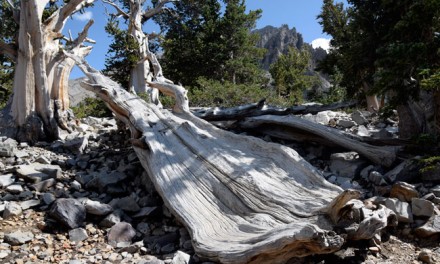 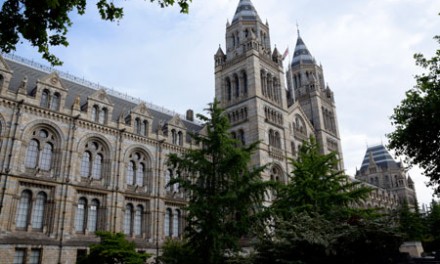