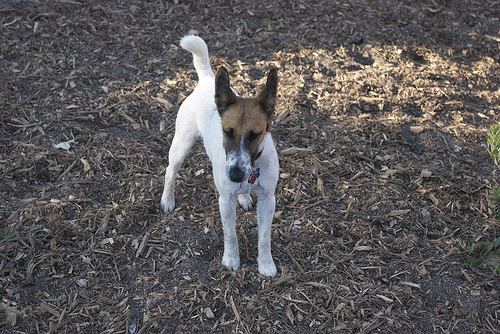 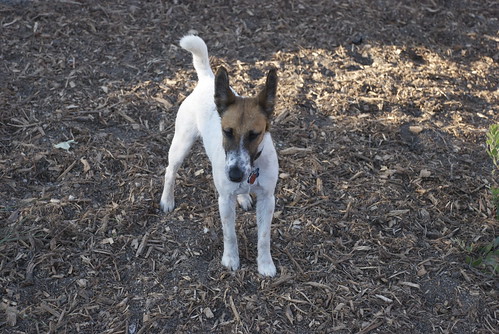 Our first Smooth Fox Terrier, Charlie, was all terrier all the time. True to the breed, he allowed no varmints on his watch. And his definition of “varmint” extended beyond rats and foxes to the very smelly homeless, teens in the park smoking pot and men with pretentious footwear (that’s a whole other story).

The two Smoothies who succeeded him, Lucy and Oscar, have more in common with a King Charles Cavalier Spaniel than a terrier. Not that we’re really complaining, although we wish Lucy wasn’t such a nervous Nellie. Both Oscar and Lucy are confirmed lap dogs who, if it were pointed out that a terrier’s work is to eradicate varmints, would yell out “Ooh, yuck, icky-poo!” We’ve seen Lucy sit in her bed and watch, with bored half interest, as a mouse skittered around the floor. (Do you know the shame of having a house with a terrier and rodents?) Oscar, too, is definitely a lover, not a fighter. He can’t leave the dog park until he’s sniffed every dog and gotten a pat from every person. Added to that, his ears persist in standing up straight — a huge flaw in the world of terrier conformation — and something that makes him look more like his historical prey than a terrier.

But this Fourth of July, both dogs got back in touch with their inner terriers. At least somewhat.

First Lucy became obsessed with the gophers that have suddenly started infesting the property. She didn’t catch any, but she bored down through so many of their holes that she definitely disrupted their real estate values. 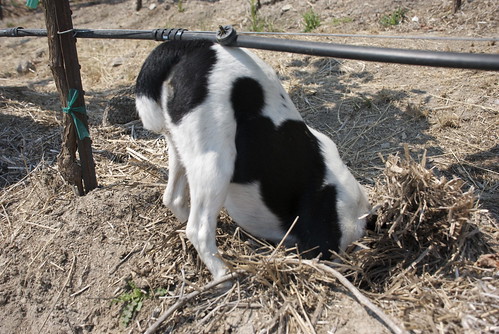 We didn’t see much of Lucy’s face this weekend as she relentlessly hunted gophers.

But Oscar had the most dramatic attempted turnaround. Not that he ended up that much fiercer than he started out.

The first sign was when Andy began doing some work at the storage shed near our wine-cave on the slow process to getting our winemaking operation more efficient. Oscar was “helping” by generally getting in the way and chasing butterflies. Suddenly, out from under the raised floor of the storage shed, a little Western Grey Fox appeared.

No, our foxes aren’t those red ones. Those are imports
from Europe. Here’s the Western Grey Fox.

The fox started “barking” and wandering around in front of Oscar. Oscar, seeing the sticky-up ears and thinking he’d found a long lost brother, got into play mode. The fox then ran down in the woods with Oscar following. After a while, Oscar got bored and came back. So did the fox. Until, as Andy tells it, “they got tired of playing together”.

When I heard about it, I had a different take on it all. “I think the fox must have had a nest of cubs somewhere nearby and was trying to lure Oscar away from them. The fox just didn’t realize that Oscar is no threat at all.”

Oscar must have heard that comment, because the next day was a whole different story. As soon as we got to the shed, he wriggled his way into the space under the floor and set up a high-pitched yapping that could make your ears bleed. He seemed to be on the scent of the foxes, but was foiled by the fact that there is a big barrier right down the middle of the shed foundation, effectively making two separate sections. Sure enough, in a few minutes, the foxes were peeping out from their safe location on the OTHER SIDE of the barrier. I’m not sure how to say “Nyah, nyah, nyah, nyah, nyah” in Fox, but that’s probably a good translation of their yips.

Meanwhile, Oscar was going wild. We weren’t sure if that was because he was mad for the kill or just actually stuck under the shed and scared. After several desperate attempts to get him out, Andy retrieved his saw and prepared to cut a hole in the floor for Emergency Terrier Extraction. Luckily, Oscar managed to get his front quarters out from under the shed and was hauled to safety, shaken, nervous and a little embarrassed.

But he insisted we give him credit for trying to be a tough terrier. Just before he curled up on a nice safe lap. 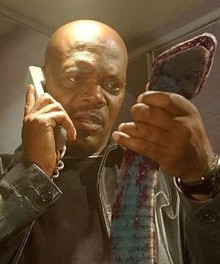 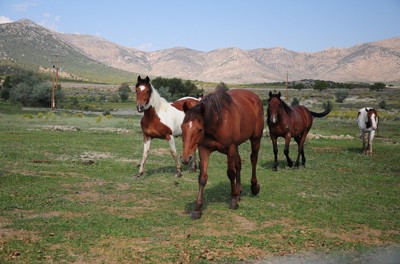