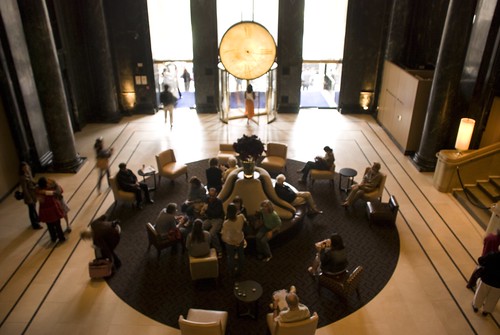 After a great first day, I went back for the second day of BlogHer ’08 expecting another action and info packed day. Sadly, it was the inverse of the first day, where I expected nothing and was blown away. Now I was expecting the moon and was disappointed. Maybe it was me. Maybe my attitude was wrong. Or I was tired. Or not in the mood. Or signed up for the wrong break-out sessions. But I just wasn’t in the spirit of the thing.

I skipped the opening keynote which didn’t sound very interesting and went searching for the free coffee and pastries. They’d packed it all up before I got there, so I wandered around in a caffeine-deprived fog waiting for my first breakout session. Wish I’d skipped that, too.

I’m willing to believe part of the problem was lack of caffeine, but I’ve never sat through a more boring, pointless hour and a half. It confronted me with all the things I was initially afraid I’d find at BlogHer.

I had thought I’d sign up for a little star gazing and go to a session with some of the rock stars of blogging (at least they are in terms of their fame and the monetization of their blogs.) So it was a session led by Maggie Mason of Mighty Girl and Mighty Goods fame, along with Sarah Brown of Que Sera Sera and Evany Thomas of evany.com. As an added bonus, Dooce even showed up with her husband and sat in the back of the room. In the interest of full disclosure, none of these bloggers are people I follow, except to drop in every now and then and wonder what they did, besides start this back in the Nineties, to get the fame, ad revenue and book deals they all seem to have scored. They all do have their funny moments, but they seem to have that same snarky, “Ladette” sort of voice and preoccupation with oversharing their sex lives, gazing at their navels and telling us way too much about their breasts, bodily functions and bouts of constipation and/or diarrhea. Don’t know about you, but it gets kind of tiresome to me. But, as I said, they’ve been doing this forever, they have the kind of followings Elvis would envy, so I figured I could learn a thing or two from them.

Nada! Nothing. Firstly, Maggie Mason, who seems to have a very organized mind, judging by the great categorization of stuff on her various Mighty on-line shopping sites, could not corral these gals into any sort of coherent discussion. Almost from the first introductions there were extraneous references to “boobs” and blowjobs. Then it was just giggles with each other and ramblings about how much of a bummer it was that people actually READ their sites and think they know them. (Well, I only drop in occasionally and I think I know more about the intimate details of their lives than I do about my best friends. Like intimate details that I don’t really want to know.)
Again, I could just be out of step because the audience was all Fangrrrly and laughed at absolutely everything they said, including transitions like “Well, what do you think Evany?” I couldn’t shake the feeling that I was back in high school, watching the kids who wanted desperately to be “in” hanging on every word the cheerleaders and popular girls burbled in the school lobby, just on the off chance that the magic secret was revealed or they were suddenly welcomed into the A group. 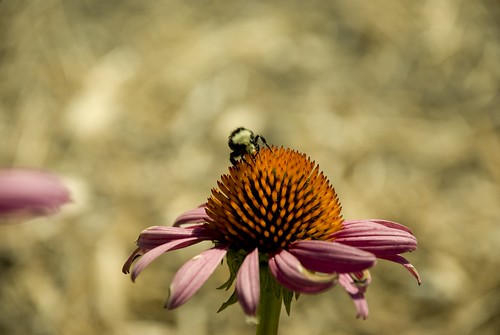 Highlight of Day Two: excellent photographer Me Ra Koh explains why I can’t seem to
get good close-ups with my Nikon D80. Seems I can never get down below F3.5. Doh!
The camera may be able to go lower, but the lens can’t. It’s printed right on it: 3.5-5.6G.
Note to self: must buy Macro Lens. BTW: Blogger Amy Lenzo did an excellent recap. Read it here.

Just when I thought it couldn’t get worse, Maggie ran around the room with the mike and opened it up to questions. Now I had to listen to the ramblings and rants of people with no more traffic on their sites than I have. So I knew I wasn’t going to get any Top Tips from this confessional.

Even Dooce and her husband looked way bored as they fidgeted and fooled around with a Blackberry or an iPhone or some sort of device. Which got me thinking off on a tangent about how generally rude the few males in attendance seemed to be at nearly every session I went to. First off, it seemed to be mostly men handling the sound system duties, so perhaps I was seeing an unrepresentative sampling. Maybe these were the AV nerds all grown up. But at nearly every session they blabbed at top volume amongst themselves back among their soundboards. Don’t want to get paranoid about it, but if this had been a conference of mostly male techies would they have been so disrespectful?

After this sour experience, I went to lunch and contemplated ditching the rest of the day. Glad I didn’t. I found myself at a Photography Workshop lead by photographer Me Ra Koh. That alone was worth the full price of admission to BlogHer. In a fast paced, straight-forward hour or so, she demystified seven key things about photography with a DSLR. She has a series of video training courses and I’d seriously suggest that anyone needing a boost for their photography investigate them. 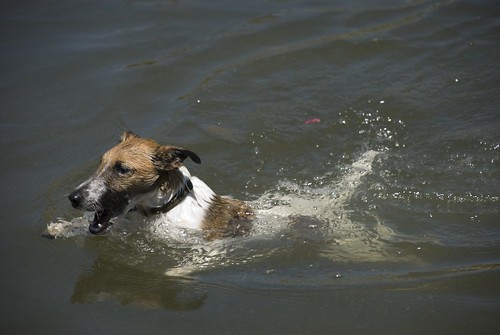 At that point, I figured I’d better cut out. I wasn’t going to hear anything better that day. And I didn’t think I could stomach what was surely going to turn into a Dooce Lovefest at the Closing Keynote. (Although I had sort of wanted to hear Stephanie Klein.)

So I jumped back in my Prius, cranked up the cowboy tunes and lit out for Sonoma. Yippee Kay Yay! 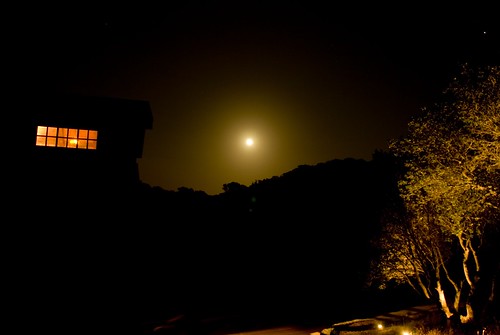 Made it up to Sonoma in time to see a beautiful moon rise over our barn.

NOTE: So would I recommend coming to BlogHer? Yes, in spite of my bitching, I sure would. I’d even pay the full price if I had to instead of the cheapo student price I got in on. If I didn’t live in San Francisco, I might even consider traveling here for it. The amount of great information I got out of it has surely saved me weeks of time and buckets of tears. Overall, I left invigorated to ramp up this blogging thing. I just recommend that you have a clear plan what you want to get out of it and are very, very careful what sessions you sign up for.

Another NOTE: I added the websites of more cool people I met at BlogHer and, for a short time, I’m activating the “include snippet of post” feature. I’ve visited all these sites and they are GOOD.