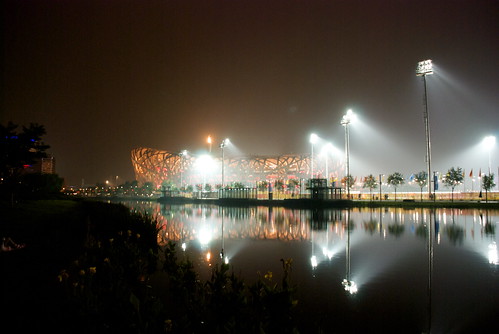 On the evening of our first full day in Beijing, we attended the qualifying heats for the Men’s and Women’s Swimming. Of course, the big attraction was Michael Phelps, along with other US stars: Natalie Coughlin, Ryan Lochte, and Aaron Piersol. We saw them all. Would have been nice to see Dara Torres and Cullen Jones, but I can’t be greedy.
The qualifying heats are interesting as the swimmers are just trying to get one of the top 8 spots that will send them to the semi-finals for their events. That means, if you have a low ranking, you try to swim the best race of your life. If you are already a superstar, you try to do just well enough to secure a place, without burning yourself out for your event.
Michael Phelps was a case in point. Poor kid had already swum to two Golds that day and this was his third race of the day. He was clearly exhausted, but still finished first in his group. 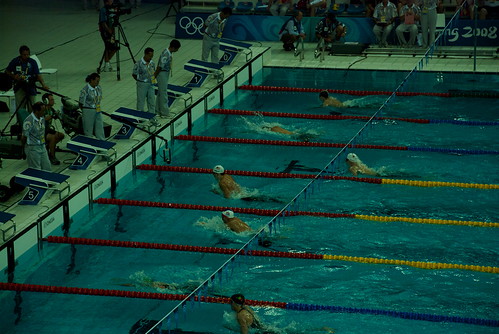 There he is! Michael Phelps in the lead in the white cap.

We knew he was going to win anyway, so we were glad we got a chance to root for another player. We had taken our seats next to a rowdy group dressed all in orange. They turned out to be friends and family of one of the top women’s swimmers from the Netherlands, Marleen Veldhuis. 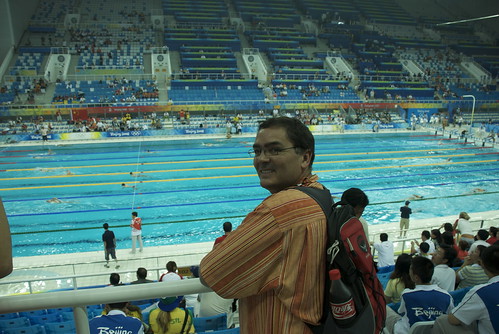 The magnificent pool in "The Cube". It was good luck that Andy wore an orange shirt.

Just so happens Andy had worn a very loud orange shirt himself. The Dutch thought we were part of our group and, by the time we had sorted out the confusion, we were all friends. We sat next to Marleen’s sister and Andy entertained her and the rest of her family by looking up on his Blackberry all the Googled stories on Marleen and passing them around. So it was fun cheering her on. (By the way, she placed third in all the overal heats, so she’ll be in those finals. Watch for her and a loud group of beautiful blond people all dressed in Orange. I think it’s her entire hometown.) 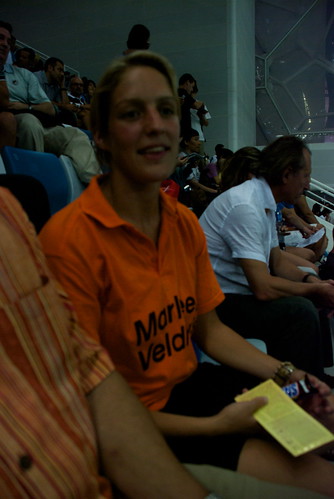 Here's our new Dutch Best Friend. Her sister is Marleen Veldhuis, one of the women's swimmers to watch.

The races were great, but it was the incredible National Aquatic Center that was the real star of the show. Dubbed The Cube, the Center has a fun watery theme inside and out. The “skin” of the building is designed to represent bubbles (but I think it more closely resembles a Sealy Posturpedic Mattress.) There are fountains outside, water features inside, decking elements in the floor. A great example of the whimsy and fun you can have with a building. 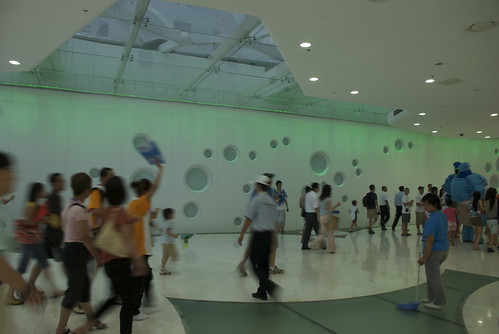 The inside of "The Cube" is fun and whimsical with blue glass, bubble and wave motifs and water features. 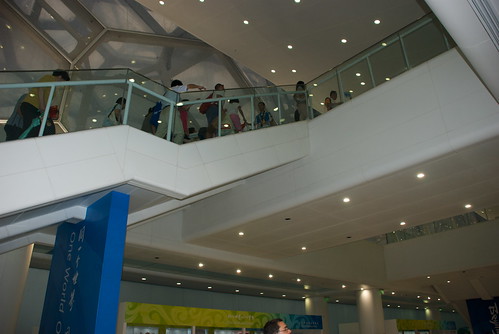 Another fun interior space in The Cube. I felt like Ariel, The Little Mermaid, in this great venue.

Our final adventure was stopping by the Today Show broadcast studio out in the square just down from the Cube and The Bird’s Nest. Some revelations

Unfortunately, Andy became all English and reserved and wouldn’t let me make a sign. 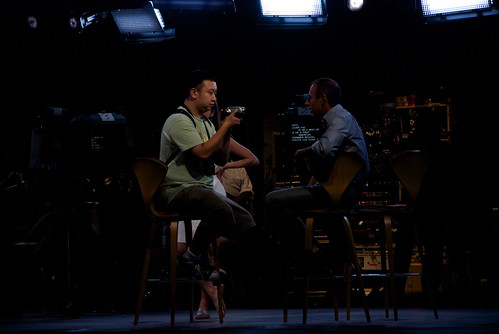 Here's Matt Lauer on the Today Show set. Andy wouldn't let me make a sign saying "Hi! To all my Flickr Buddies"

Final verdict on the first full day of our Olympic Adventure: Fantastic. The Olympic Village is really impressive, but it’s magical at night. 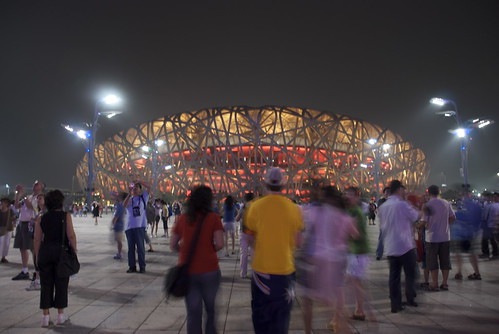 At night the smog is no longer a factor and the lit monuments of the Olympic Village are spectacular. 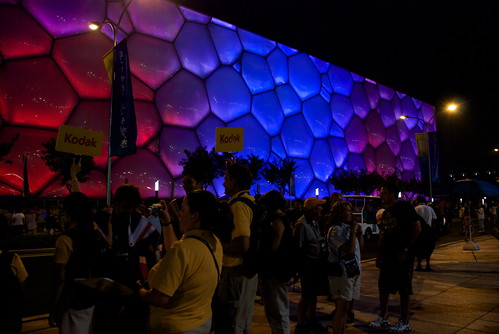 At night, The Cube provides a constant light show. The bubble skin changes from blue to shades of purple. 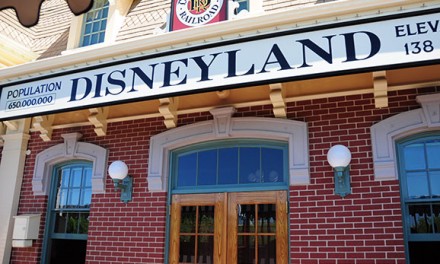 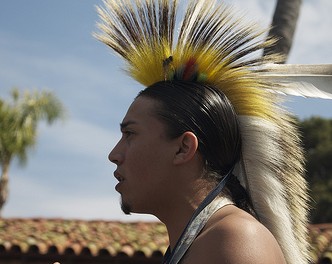