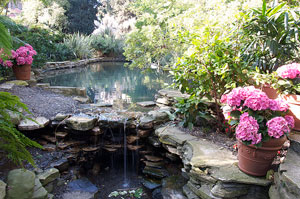 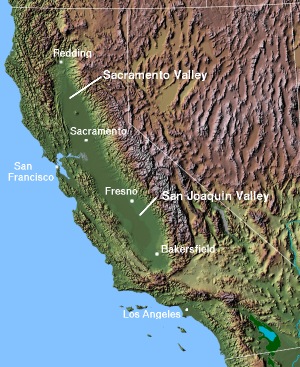 That big long green spot surrounded by mountains. That's the Central Valley. Think of an area the size of Tennessee.

Having been down the coast and visited the mountains, Mom and I decided that, on this trip, we’d correct that oversight and give the Central Valley a little tourist love. We’re glad we did. You don’t really need a tourist guidebook for the Central Valley. The thing is just to see it, traverse it and marvel at how huge it is and how many billions of tons of stuff is grown here.

Let me just run some stats by you:

That’s not even talking about the Natural Gas and oil fields out here. But let’s get back to that water. The upper part of the Central Valley, the Sacramento Valley, gets about 20 inches of rain a year. The lower part, the San Joaquin, is very dry, even desert in some places. So who’s watering all those crops and how?

We were just asking ourselves that when we stumbled over the California Aqueduct. 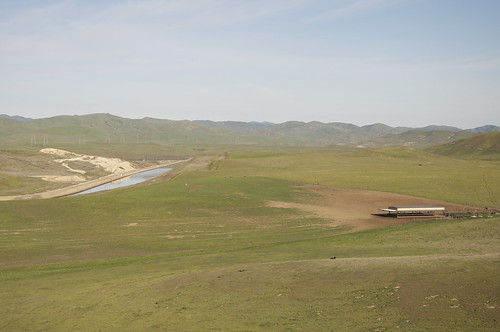 To show how huge this canal is, note the large barn to the right. Now get your head around the fact that this aqueduct runs 443 miles, the length of the Central Valley.

We Northern Californians are always complaining that Southern California steals all our water. Well, this is how it’s done. With The Mother of All Canals. And they’re proud of it. They even have a rest stop museum devoted to telling the story. 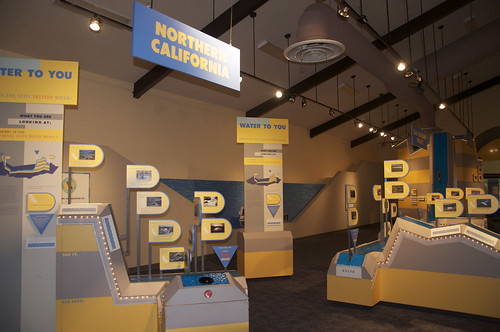 At Pyramid Lake (made from OUR water) a helpful, interactive diorama explains (with a breathlessly enthusiastic canned narration) the wonders of diverting it. 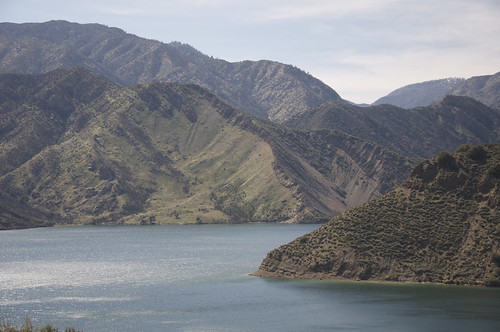 There is loads of our water in Pyramid Lake. And Angelinos are also getting hydroelectric power from our it.

After leaving our water to run underground in pipes to Los Angeles, we travelled upward into the San Gabriel Mountains and the Los Padres National Forest (which didn’t seem to have any trees in it bigger than sagebrush). Then through the Sepulveda Pass and, next thing you know, we’re cruising the Santa Monica Freeway, turning onto Sunset Boulevard and heading into the famous Hotel Bel-Air.

This is the luxury leg of our tour. Believe me, it’s going to go downmarket fast from here. But anyway, despite the fact that the Hotel Bel-Air is supposed to be where all the multi-million dollar deals are made and all the stars go for romantic get-aways, we were there for the gardens. The Hotel Bel-Air sits on 12 acres of beautifully manicured acres. So as soon as we could after checking in, we grabbed our cameras and headed out to photograph the spring flowers, the swan lake and the herb garden.

Just as I set up my tripod and focussed in on a Hydrangea, a harsh German voice called out, “Vee haf to interrupt dis photoing.” (Apparently, the Hotel Bel-Air is such a luxury hotel, with such an incredible level of efficiency in service that only German staff will do.) And Herman the German barked out, “Dere are guests who do NOT vant to be photographed.” Then he saw my room key dangling from my wrist. “Oh, you are a guest here?”

Let me digress and tell you that the worst thing you can assume about a Northern Californian is that we are typical starstruck tourists. We see Hollywood stars all the time in San Francisco. We’re not impressed. In fact, more often than not, we’re annoyed. Julia Roberts once tried to cut in line in front of me at my local coffee shop. The nerve. I haven’t paid a dime for one of her movies since.  I wait for them to hit cable.

Luckily Mom, who has a habit of starting long friendly conversations with complete strangers, started telling Herman about her bad knees. That saved me from blurting out what I was going to say:

“Listen, Hans! I know your clientele thinks they are excruciatingly famous and fascinating. But I’m here for the flowers. And I’m wondering where you got the water for all these out-of-season flowers and water features. Just like AIG is being called to task for misusing bailout money, you water-stealing Angelinos are going to have to answer for that Aqueduct.”

But, again, confrontation averted. Thanks, Mom.

Then we spent a very pleasant evening in the Piano Bar, finishing dinner with a chocolate mousse with Creme Anglais. Which was probably more calories than all of female Hollywood had eaten this week.

But I bet they’d all watered their lawns lavishly. Or had the staff do it.

To end, a few scenes from today’s adventure: 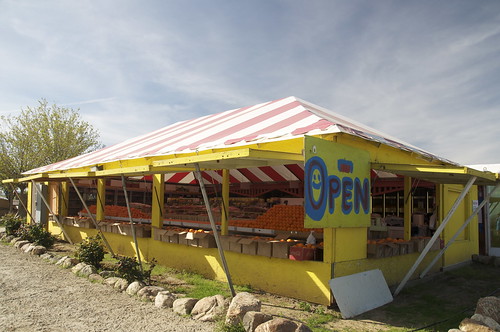 There are mostly truckstops and fast food on I-5 through the Central Valley. But you can also find great farmstands like this. 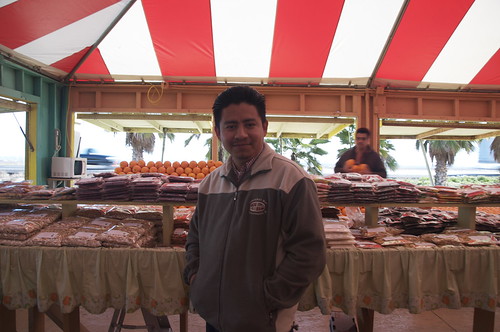 Jose steered us to the best fresh and dried fruits. You can even buy his products at www.usaproduce.net 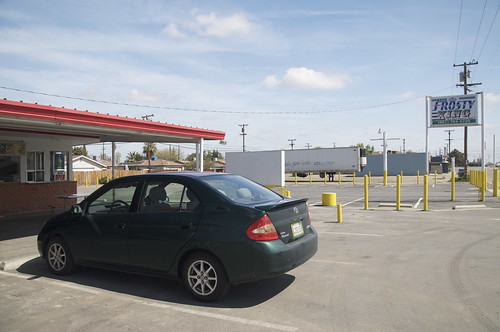 Here's Old Paint in front of the Frosty King in Buttonwillow, Gateway to California Cotton Country (according to the signs). Great taquitos and hotdogs! 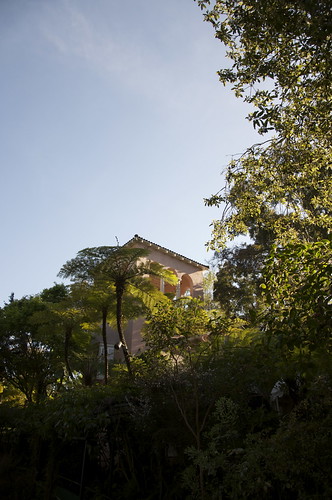 The Hotel Bel-Air is so discreet, it's hidden behind acres of lush gardens -- nurtured with our Northern California water! 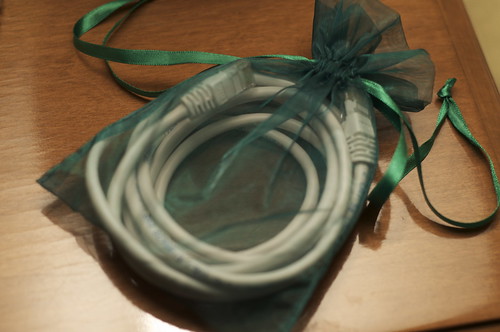 And it's so luxurious, this is how they package the cable for DSL access.

For more pictures and more details on Day One of the “Get Religion Tour”, click here. 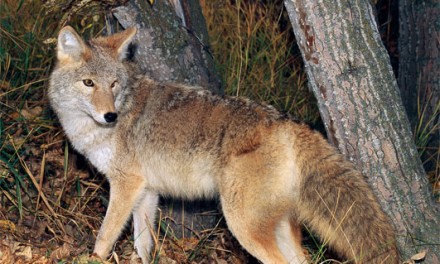 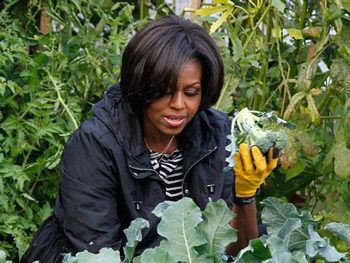