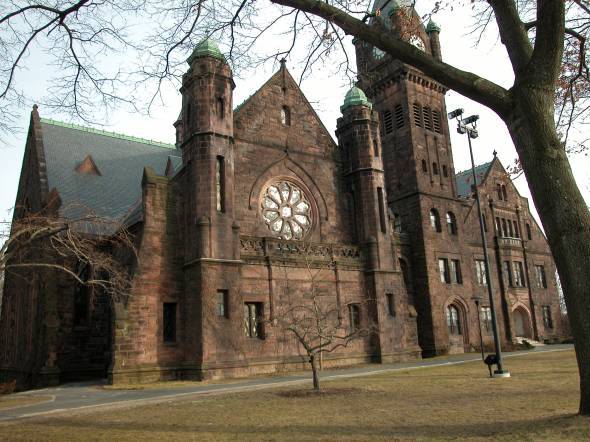 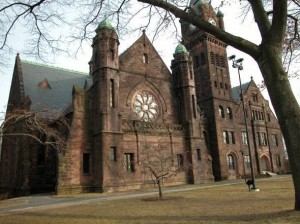 Several decades after I graduated from college (okay, I’m only admitting to one and a half), my old school is suddenly pounding on all my virtual doors trying to re-establish contact. It started with several classmates “discovering” me on Facebook. Then I started getting Twitters (Tweets?) from fellow Class of Awhile Ago members. Next, I’m being heavily recruited to throw my hat in the ring for a five year tenure as Class Webmaster. As near as I can tell, the position calls for a little bit of programming and a lot of strong-arming classmates to submit pictures and blurbs.

All of this coincides with a landmark reunion that is coming up at the end of May. This is a reunion that one of my recently rediscovered classmates and I had just told each other we weren’t going to attend. Let me explain. I went to one of those colleges where you are expected to succeed in a big, history-making kind of way. Women from my college routinely win Pulitzer Prizes, serve in Cabinet positions, as heads of Fortune 500 companies and as “First Woman to Do. . .”. well, whatever people say women can’t do. And they’ve been operating at that level since 1837. So if your achievements haven’t reached those benchmarks, you stay home from college reunions. Since my rediscovered friend is a career CIA officer and can’t talk about her career (other than to say that she is in “Government Work”) and my job description is now “Farmer”, we are the kind of people who abstain from these things. Not that I didn’t have a modest amount of success in television and radio journalism and running my own graphic design agency in past lives. But my fame/achievements were of the excruciatingly local variety. Not the big, big global achievements you need to go back to THIS college, don a white dress and carry that laurel chain. (Don’t ask, it’s one of those strange New England traditions. We also had a tradition of having the College Trustees serve us ice cream at 6AM on the grave of the founder on her birthday. In November. In New England. And that’s just the beginning…) 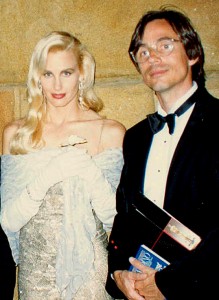 Sadly, my favorite singer from college days hasn’t withstood the test of time. But at least we can credit him with beating up the annoying Darryl Hannah. That’s something.

While I try to decide if I want to be the first self-identified farmer to go to a [Prestigious] College reunion, I’ve been immersing myself in the sounds of my college days. It hasn’t been particularly illuminating. Basically, I’ve learned that I listened to a lot of crap music in college. Jackson Browne? After downloading several of his albums and giving them a go on the iPod, I’m finding he’s excruciatingly pretentious. And not even a particularly good singer. As an English Major, you’d think I would have spotted this as pap immediately. However, at least I can be eternally grateful to Jackson Browne for beating up the annoying Darryl Hannah.  But thank God, I’ve moved on to music by a real Aristotle for our time: Willie Nelson.

Anyway, in for a penny in for a pound, as my British husband would say, so I thought the next step would be to hunt up my best buddy from Senior Year. She was someone I always thought was destined for the kind of career that takes you back to reunions, and I wasn’t wrong. After dropping out of touch for the last seven years, I was pleased to reconnect with her and find out she was thriving, successful, and still the same dress size she was in college. (I’m going to be very careful what else I say about this illustrious alum since she is a high-powered lawyer.)

Yeah, she’s a big international deal, but after exchanging emails, I’m convinced she still rocks out to David Bowie as we did Senior Year.

Now, I’ll just have to figure out a way to pad my resume. Vice President of Terriers? Chief Vineyard Cook and Bottle Washer? (Sadly too true.) Minister of Agriculture, Republic of Two Terriers? When my high-powered classmates find out how my blogging is disrupting crime in Eastern Europe, well, they’ll nominate me for a Nobel Peace Prize!

Wait! How about the fact that the Eastern European readers of this blog are so numerous that there are times when I can’t imagine anything is going on in downtown Riga, Tirana or Kiev other than people crowded in Internet Cafes reading Left Coast Cowboys. In fact, at those times, I’m realizing that so many hands are on keyboards that, by default, there must be a temporary suspension of arms-dealing, terrorism, and white slave trafficking in those largely lawless territories. If you look at it that way, I might be considered a significant peace-maker. That’s me. Right up there with Jimmy Carter. And Gandhi.

Okay, bring on that white dress. I’m heading back East. 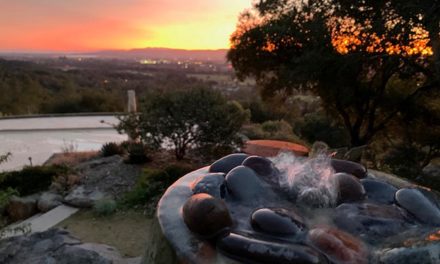