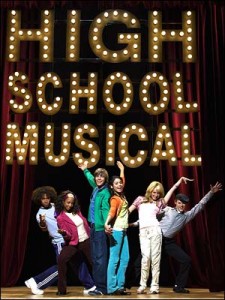 I’m not quite sure why I got a Facebook account. I hardly use it. I update it with Twitter when I make a new post and there are several far-flung friends (or even friends just flung 30 miles down the road) who are conveniently kept in touch with by Facebook. I’m checking it a little more now that a few gals from my college are on it and are posting up interesting links. But I’m not bothered too much about corralling a whole host of Facebook friends.

But recently Facebook has reached out and touched me in a way that I’m hearing is happening to a lot of people I know. How many of you are having people from your past — maybe people that you meant to leave in your past — suddenly knocking back on the virtual door of your life? Has this been a positive thing? For me, the jury is still out.

The other day, someone I would never have expected to look me up found me. Actually, not just through Facebook, but on the phone, so I didn’t have that time to think “Friend or Don’t Friend”. (Although full disclosure: I’m always too chicken to hurt someone’s feelings by not responding to a Facebook Friend request.) 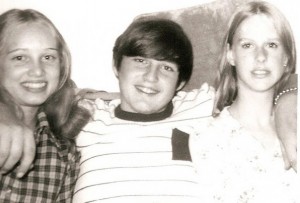 Me (left) with a kid I fondly remember as being just like the best friend guy in all the John Hughes films. Someone said he's a retired Army Colonel now.

I remembered this kid as having a real under-current of anger. A little bit scary. Not exactly the school bully, but not that far removed. Based on our interactions, I’d hardly expect him to harbor fond memories of me. But on the phone, he was actually upbeat and engaging, so maybe he’s mellowed or he had another side to him that I missed all those years ago. However, he reeled off a load of other people he’s contacted or is looking up and he was sure I’d want to get back in touch with. Maybe have a reunion. Hmmm. With one or two exceptions, I don’t remember that list including too many people I had much in common with. Would the intervening years have brought us much closer in temperament, interests, background, etc? Maybe. But I was advanced enough by high school graduation to know how to work an address book and send letters. The fact that I didn’t keep in touch with these people was…uh…kind of deliberate.

Maybe it’s me. I wasn’t a super-popular kid. But I was on a sports team, an editor of the school paper, in the Radio Club and a somewhat sporadic member of Explorer Scouts (which was the co-ed version of Boy Scouts and about the only teen social club available at that time.) In high school (which was in Germany), we were bussed from the base, where we lived, an hour each way into Frankfurt Am Main. As you might imagine, that bus was a roiling cauldron of teen angst, raging hormones, and crazy pranks such as mooning and stealing flats off beer trucks when traffic stopped. I remember that my nose was firmly and deliberately in a book during all these youthful shenanigans. Apparently, my new contact remembers me as a card-carrying member of the gang. 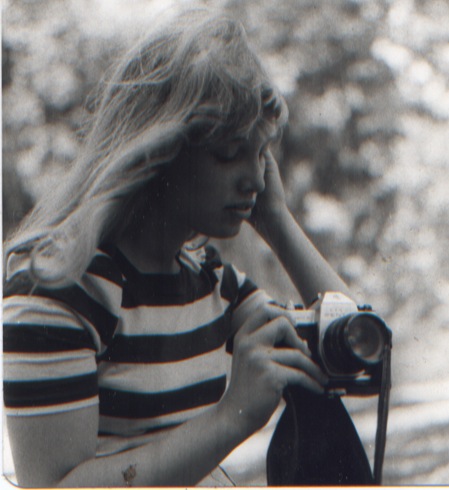 Portrait of the Artist as a Young Photo Geek.

So what was I? I wasn’t quite a nerd, but I wasn’t a Kewl Kid either. What I was was incredibly driven. I had a plan for my life. And it involved getting to an Ivy League college as a first step to what I hoped would be an interesting life. I wanted to be someone who lived unconventionally, died very old and left a fascinating obituary. So a good part of my high school was spent taking an extra large course-load, cramming for SATs and reading, reading, reading as much as possible. I also spent every vacation and as many weekends as I could traveling on Youth Rail Train Passes and soaking up as much opera, ballet and symphony as I could afford. (And thank you German Government for all those subsidized Arts, because it meant I could afford a lot of tickets.)

Of course, I interacted with my share of mean cheerleaders, snobby popular girls and boorish jocks. But they never really bothered me. I’d read enough contemporary American fiction to know that the big wheels in high school usually end up becoming used car salesmen or DMV clerks once their glory days are behind them. Even at 17, I recognized a lot of future DMV clerks and used car salesmen on that school bus. Now when I think of high school, I mostly remember some really inspirational teachers. And even some sweet kids that I still think of fondly but through a hazy mist. But I don’t remember too many kids who shared my goals, dreams, outlook or attitude. Which is usually the basis for a lasting friendship. 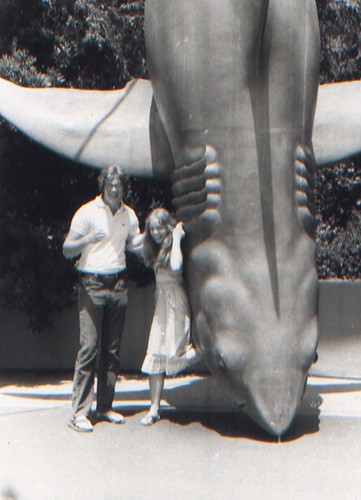 When you treasure a picture of you in a peasant dress and Dr. Scholl's with a giant shark, you know the other kid is the best of friends. And he still is.

I do remember at graduation, having one overwhelming thought about high school: “Chapter closed. My real life starts now.”

So whereas before Facebook, high school was a hazy, not completely unpleasant memory, now suddenly, it’s going to be all up in my face. Again, I’m not sure how I feel about that.

It’s not like I’ve jettisoned everything and every one from my youth. A person I count as one of my very best friends I’ve known since we were fourteen. My best friend from Freshman Year at another high school I’ve been in and out of touch with over all these years. We’re currently reconnecting and both glad to do so. There are even people from that long ago German high school I wouldn’t be adverse to chatting with now and then. Besides, now my curiosity is piqued. Did that snobby cheerleader go to work at the DMV? Did the pushy jock become a used car salesman? 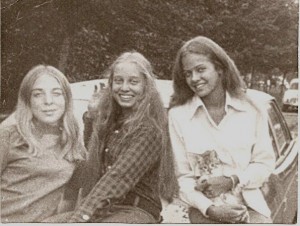 Me in the middle doing a 70s version of Voguing.

Then again, who knows? Maybe, just like my recent contact, those kids from my high school have become different people over the years, as I’m sure I have. Maybe I’d even want some of them back in my life. Maybe. Then again, maybe some things are meant to occupy a specific and finite location in time. They have their place and should stay there.

It might be interesting to reconnect with someone you’d been at odds with in high school and then find, like some separated-at-birth twins, you’d grown over the decades into similar people. But it would be beyond weird to try to forge a friendship decades down the road based only on the accident of sharing the same high school. Especially when you never had that much in common in the first place. Unfortunately, Facebook seems built to facilitate that sort of connection.

With trepidation I contemplate dipping my toe back into high school waters. But it’s a helluva different river. 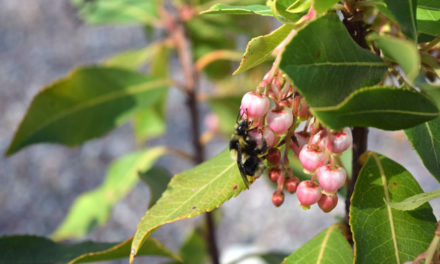