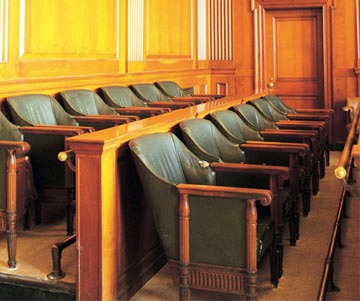 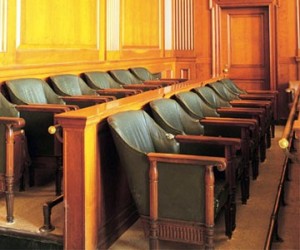 As I have for the last twenty or so years of my life around this time, I am again serving jury duty. And there is something very wrong with this picture. I’ve done the math and it just doesn’t add up.

A little background: when I moved to this city, one of the first things I did was register to vote. Which immediately put me in the jury pool. At that time, you were eligible to be called every two years to serve for two weeks. So every two years, to the exact day plus one, I would be called in to serve. And I did serve. Most of my friends and co-workers used to laugh at me when I responded to those inevitable summons.

“Just ignore it. They’ll never notice. I just throw those things away.”

But I couldn’t. I was taking this whole “cost of citizenship” thing pretty seriously.

This city will have to go to Judge Judy style courts when I switch residency to Sonoma. ‘Cause Judge Judy don’t need no jury.

Then about ten years ago, San Francisco decided it needed to widen the available jury pool because too many people were either skipping out or not registering to vote to avoid service. So they expanded the pool to anyone who had registered for a driver’s license. And changed service to one week not more than once in a calendar year. Great, I thought, I’ll be called on to serve less.

No such luck. Now every year, to the day plus one, I get my summons. Oh, there were a few years when I got two summons in a calendar year. Pointing that out just got me a deferment until the full calendar year break was achieved.

Then this year, for the first time in two decades, I missed my summons. Did I mention I live with a non-citizen who thinks things like jury summons and voter pamphlets are junk mail? Well, this was the one year my summons got thrown into the recycling where I happened upon it a week after I was supposed to have reported. 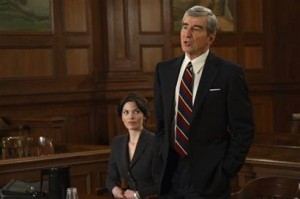 Believe it or not, with all my jury duty service, I’ve never been picked for a trial. Don’t think I’ve missed much. Attorneys this entertaining are seldom arguing in San Francisco courts.

“Don’t worry about it,” said my British husband. “You’ve served enough. They’ll just call someone else.”

Nope, next thing I know, I’m getting an official reprimand from the high court saying that sheriffs will be at my door with handcuffs and a warrant if I don’t call to reschedule immediately. I called.

So here I am at the Superior Court of San Francisco on the last day of my week of jury duty (unless I get picked for a jury, in which case I have to serve the term of the trial.)

As I’ve said, I’ve done the math and it just doesn’t add up.

As I look around the Jury Waiting Room, there are maybe 100 of us. Let’s say only half of us called this week are here and the others are home on stand-by. That makes 200. And there are two courts in San Francisco, so let’s double that to 400 potential jurors tapped in a week.

Now let’s assume, on the high side, that there are 50 weeks out of the year when juries are convened. Four hundred times 50 equals 20,000 jurors needed in San Francisco in a calendar year. The latest Census data puts San Francisco’s population at 808,976. Those are the people who have returned the Census form, so we can be sure undocumented aliens are not counted in that data. But let’s assume, for the sake of argument that more than half of those are under 18, not citizens, incapacitated or otherwise unfit for jury duty. Let’s be really conservative and say the available jury pool is 300,000 in any given year. So let’s divide that available jury pool by the needed 20,000 yearly jurors. And in a normal rotation, that would have me being called once every 15 years.

ONCE EVERY 15 YEARS! Okay, I’ll be really generous. I’ve got this Brit in the house who is not a citizen. So I’ll take on his shirked jury duty. That’s still once every seven or so years.

Yet, I’m called every single fricken’ year for the last two decades.

Clearly I’m one of the last of a vanishing species: a citizen who will actually show up and serve.

Which leaves me worrying about what will happen to the justice system in San Francisco when I switch my residency to Sonoma in the next few years.  Clearly the jurisprudence system will collapse into anarchy and criminals will roam the streets without fear of trials or justice.

I feel it’s my citizen’s duty to give you early warning now. Get guns.

Fun Fact: The “Heah Come Da Judge” routine wasn’t developed by Flip Wilson, Sammy Davis Jr. or Laugh In. It was a “Chitlin Circuit” Black comic named Pigmeat Markham, who had a hit on Chess Records with the routine. His catch-phrase was appropriated by Davis for Laugh In, which lead to Markham being picked up as a Laugh In regular for a year. You heard it here! 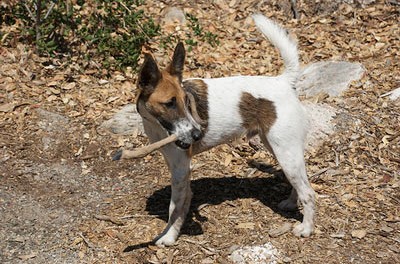