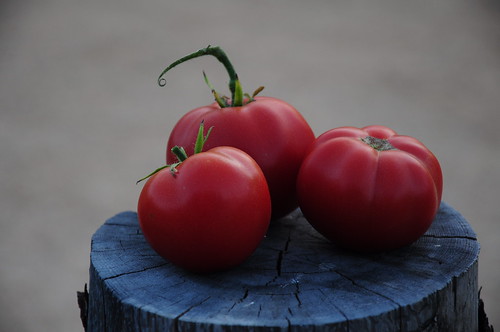 Far be it from me to argue with Galatians, but this is not necessarily true if you are trying to learn this whole farming thing from books. For instance, I soweth a lot of corn and I’m not sure even half the seeds sprouted into corn stalks. Nevermind, looks like we’ll have enough to keep us in barbecued corn for the month of August at least. Now what I sowed in tomatoes, I seemed to be about to reap in spades. I vaguely remember reading that there are two kinds of tomatoes: determinate and indeterminate. Determinate have a limited size of growth, usually about bush size. Indeterminate tomatoes can grow as tall as a barn if you give them enough food and compost tea. We did. And our tomatoes are taking over everything. In fact, we have a veritable tomato jungle. But it doesn’t seem to have deterred anything. The above tomatoes came from deep in the tangle of vegetation, way out of the sunshine, and they are still ripe and wonderful. 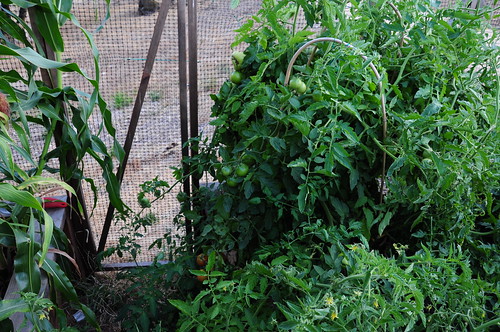 We are preparing for a massive tomato harvest. 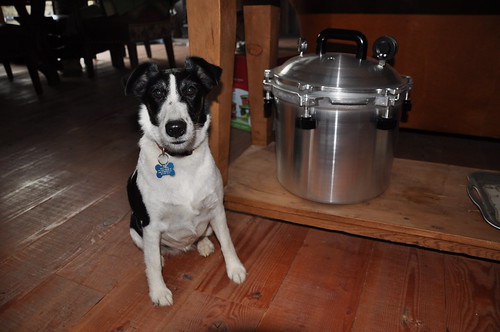 In preparation, I've purchased the Mother of All Pressure Canners. As you can see, it's big enough to pressure can your average terrier. 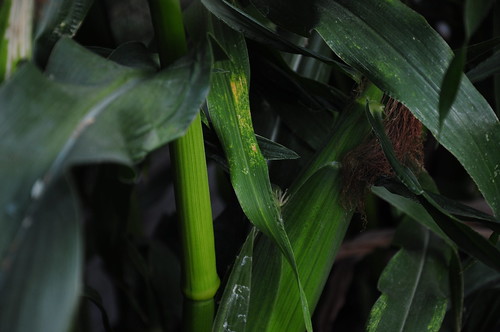 The corn is looking close to harvest. We won't mention the cucumbers that were planted below them. Not a single plant sprouted. 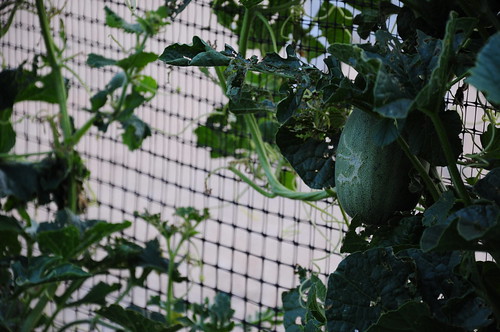 I'm excited about these melony things. Except I can't remember what I planted. I think they are called Toybox Watermelons.

Then there is our Harvest of Shame. The problem with learning this all from books is that sometimes you read chapters too late in the season. Like that chapter on mulching nitrogen back into the soil BEFORE the growing season for your fruit orchard. Ooops. Read that too late, so our fruit trees had a pitiful harvest. So here’s our full fruit crop so far: 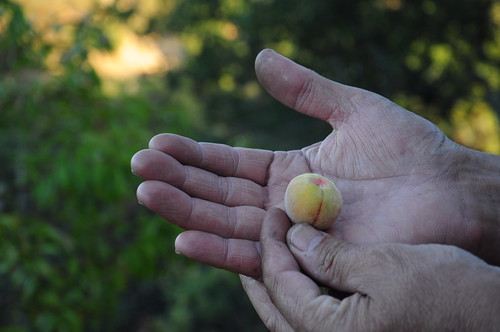 I think this is a nectarine. It's one of the few stone fruits left by the foxes and the birds. Not that there were that many to begin with.

Well, as I learned to say as a third generation Red Sox fan: “Wait until next season.” 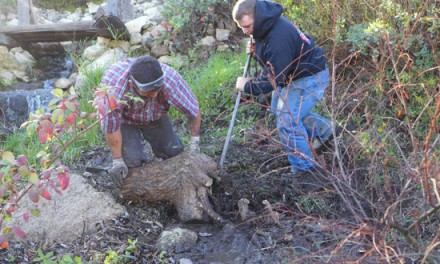 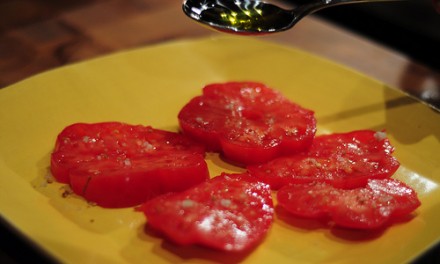