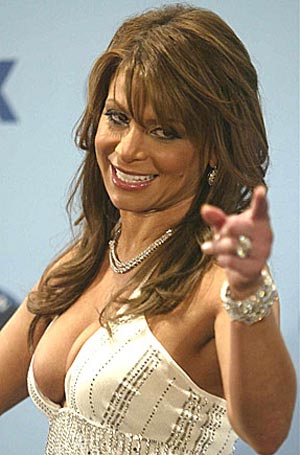 Just like I’ve never watched sitcoms, I’ve also never watched “contest shows” like American Idol. (Although I’ll be making an exception when Donny Osmond joins Dancing with the Stars later this month.) However, you couldn’t turn on the TV, glance at the InterWebs or listen to the radio (even NPR) any time this summer and NOT know that Paula Abdul, one of the original celebrity judges, was forced off AI through unceremonious dissing by the producers. Then the drama escalated. Would the new judge be Posh Spice or a never-ending rotating roster of guest hosts? Or maybe Michelle Obama? Or my personal vote, Queen Latifah, who could insert some real ‘Tude and give Simon the smack-down he richly deserves.

Well, I can finally answer this season’s burning question. The new Celebrity Judge is ME. I am the new Paula Abdul. Well, not on American Idol. But on The Fox Terrier Network, possibly the largest on-line community of Fox Terrier Fanciers. And I’m judging their photo contest, not anybody’s singing. But pretty much the same thing really. 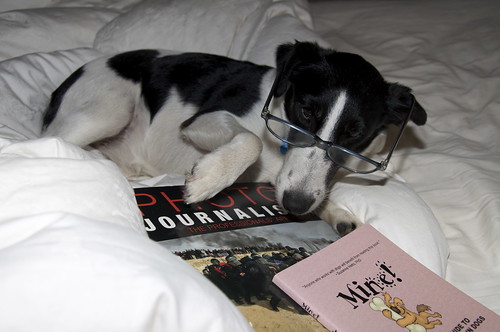 Yes, I am the Celebrity Judge for the Smooth Fox Terrier category. There are also two other categories: Wire Fox Terrier and Terrier on the Move. Then I guess we three judges meet for a complete smack-down free-for-all to determine the “Best in Show” photo. Now THAT would be good reality TV. If only it were being televised. 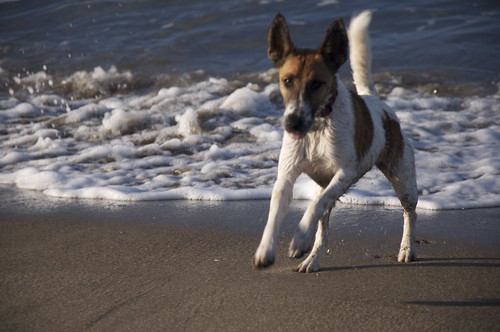 The contest has categories for Smooth Fox Terrier, Wire Fox Terrier and Terriers on the Move. Question: Are Terriers ever NOT on the move?

In any case, the contest is open. And I encourage all of you to sign up. You don’t even have to have a Fox Terrier. Only photographic access to one. And three dollars per entry. Which all goes to Fox Terrier rescue.

Which brings me to another interesting subject: when exactly would a Fox Terrier need to be rescued? For those who don’t know them, Fox Terriers are very large dogs in very little bodies. Think twenty pound Rottweilers. In fact, if Obama had only not ignored my excellent advice, he would have gotten a Smooth Fox Terrier as the First Dog. A Fox Terrier is one serious weapon in your arsenal. Give all those heel-dragging Congresspeople a one-on-one with the First Terrier and…well…we’d have Health Care reform. 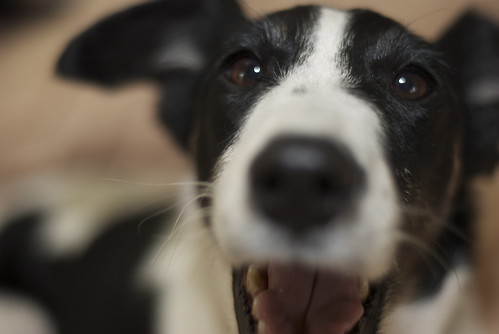 I’m told this contest is not about photographic skill but about capturing Terrier Personality. Question: Are Terriers ever NOT personality-forward?

But back to Fox Terrier Rescue. Apparently many Fox Terriers do have to be rescued. You can read about some of the Terriers the group has helped here and some of the stories will break your heart. So it’s a worthy cause and little enough to contribute. Less than a decent sized latte. And since we judges are taking time out from our…er…highly paid and high-profile careers (in my case, the glamorous washing of wine vats) to donate our time, well, it’s not much to ask, is it?

So get those shutters clicking. Here are the rules and there is an incentive for early entry by September 15.

I’ll have to take it on faith that you are jumping to participate. Apparently, I’m not allowed to get on the site and look at the pictures until judging. (At which point all identifying names will be removed and each picture will simply be numbered.) Then I guess the fighting and sniping begins as we Terrier Judges start arguing American Idol style. And I’m assuming there will be arguing. It’s a Terrier contest, after all, and Terriers are all about the altercation. Besides, since I’ve staked out the Paula Abdul role, I’m assuming there will be a Simon Cowell. Randy Jackson, well, we’ll probably just ignore him. I mean, does anyone pay attention to Randy Jackson?

I just realize I’ve completely frightened myself by my encyclopedic knowledge of American Idol. Especially when I swear on a stack of chew toys I’ve never, ever watched it. (Well, maybe that YouTube clip of Susan Boyle.)

In any case, if you are fearing that American Idol will never be the same without Paula. Tune in to the Fox Terrier Network and join our contest.

It’s just like American Idol. Only without singing. And with Terriers. And I’ll be the one in the sequined dress doing face plants on the desk and gushing incoherently.

Now let me go see about my contract. 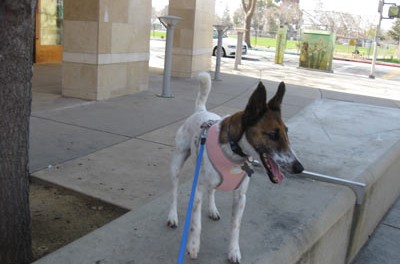 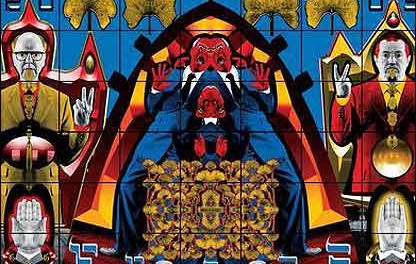