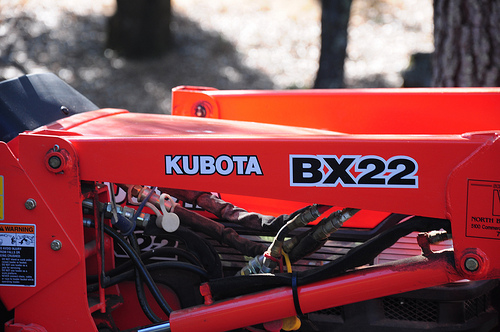 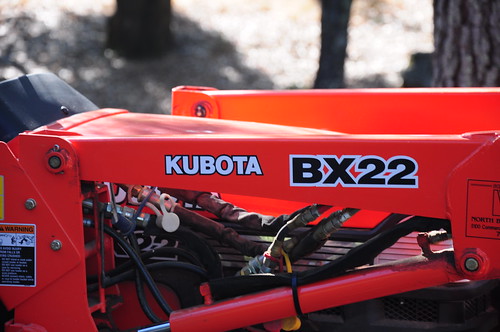 “This is an important rite of passage in a man’s life”, declared Andy. “This is the moment where we up our game and take farming to the next level.” Now I thought that point — where we went from playing farmers/vintners on the InterWebs to being REAL farmers — would be when we got actual non-terrier livestock. No, that dividing line, that Rubicon, apparently, is when you buy a tractor. 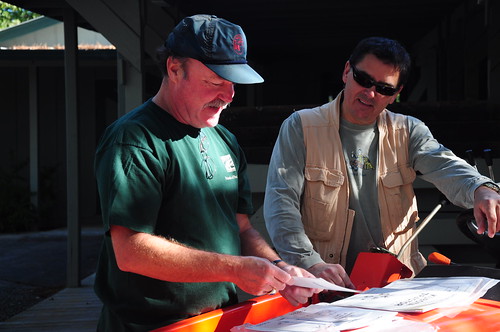 Mike and Andy seal the deal.

We have a friend down the road with a tractor he doesn’t use. Andy wanted to buy it. So today we went to pick up the almost-new Kubota BX22. I’m told it has a three cylinder diesel water cooled engine, with hydrostatic transmission. Which may be impressive to some people, but is not exactly the Biodiesel John Deere I’d imagined we’d buy on the rare occasion when I thought about tractors. 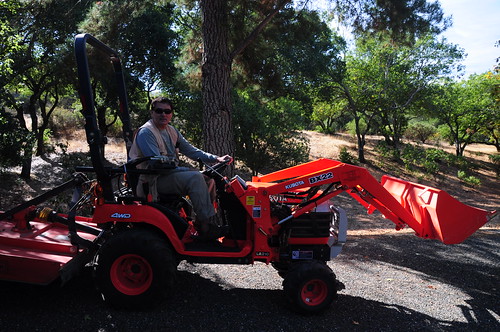 It’s surprisingly small. Almost a Hobbit Tractor. “See, it’s so small, you could work it”, says Andy. Yeah right. Since he bought it this morning, he hasn’t been off it. He’s got several attachments and he says he can put in his own fence-posts, mow the ground cover between the vines, dig holes… Well, so far, all I’ve seen him do is ride round and round in circles, stopping occasionally to call his friends and tell them he bought a tractor. 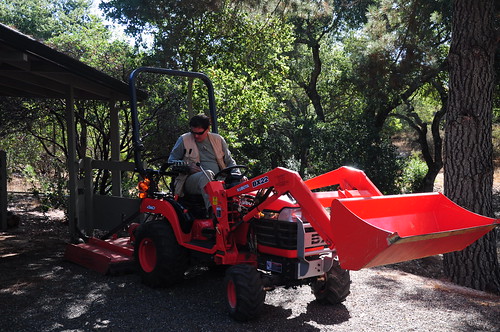 Andy plays with the gears. 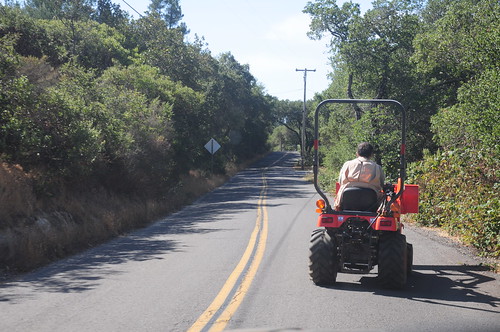 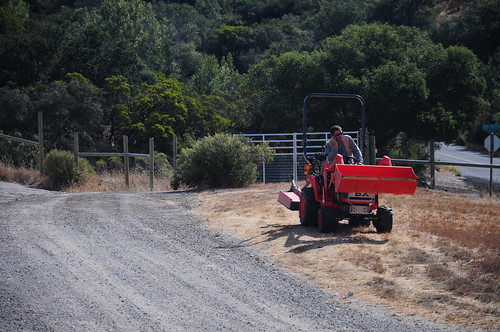 Andy driving in circles and making cell phone calls to his buddies.

But on second thought, I guess riding around in circles is fine for now. He’s threatening to start digging some holes. Which is a frightening thought. It would be like having a 2000 pound terrier on the loose. Coming soon to Two Terrier Vineyards: simulated lunar landscape. Courtesy of Andy and his new tractor.

Me, I’ll just go beat some swords into plowshares. Waiting for MY rite of passage. 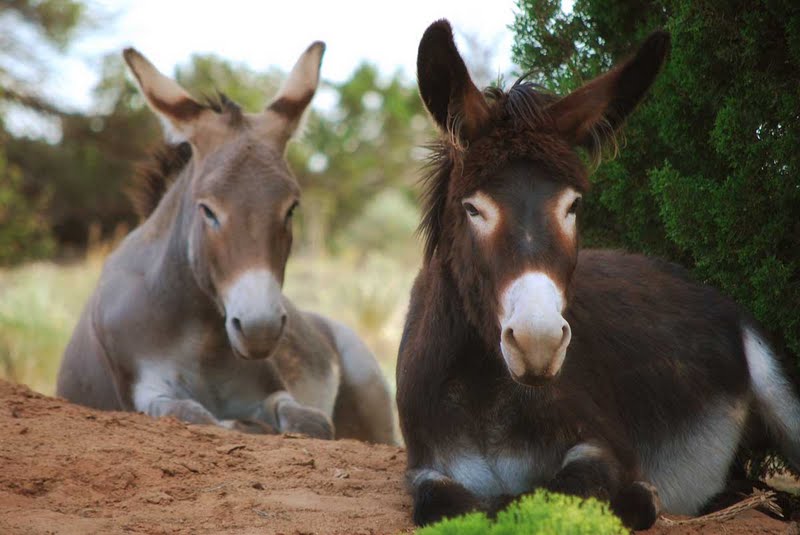 THE DAY I GET A PAIR OF BURROS!

Photo of the glamour boys above copyright Linda Carson over at The 7MSN Ranch. These guys are George (Straight) and Alan (Jackson). Visit her site and see more fabulous pictures of beautiful New Mexico skies and more animals with big personalities. 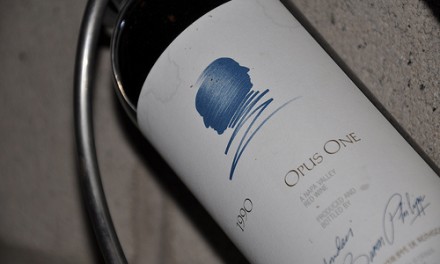