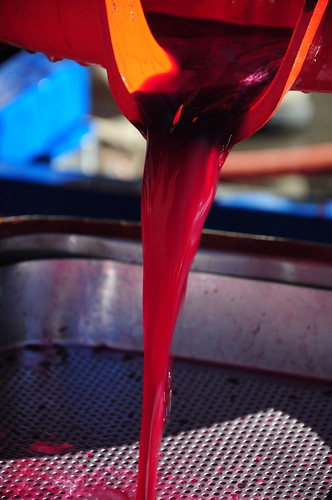 Harvest and primary fermentation seem to get longer every year. I’ve been wine babysitting in Sonoma since early September with hardly a break. That means living out in the wilds with two terriers, a bobcat, a newly resident coyote and a whole lot of fermenting wine. But today, we got the last of our Cabernet grapes out of primary fermentation vats (where they needed three times a day punchdowns) through pressing and into enclosed steel secondary fermentation vats. At this stage, they can fend for themselves and I can return to the big city of San Francisco — just in time to prepare for a Thanksgiving dominated by Brits. But that is another story.

In the meantime, stop me if I’ve told you this before, but here’s how we get grape juice off the skins and out of the primary fermentation vats and into secondary fermentation in steel tanks. In case my first attempt at in-photo captions isn’t a success, let me recap: the crushed grapes and their skins have been sitting in those white vats fermenting. Now we pump and shovel them out and into the press. There the juice is pressed out of the skins, the skins are thrown in small bins to be composted. Meanwhile the juice is pumped by this complicated series of hoses across the crushpad, into Dr. Frankenwine’s Lab and into enclosed steel tanks, where the young wine enjoys its secondary fermentation. 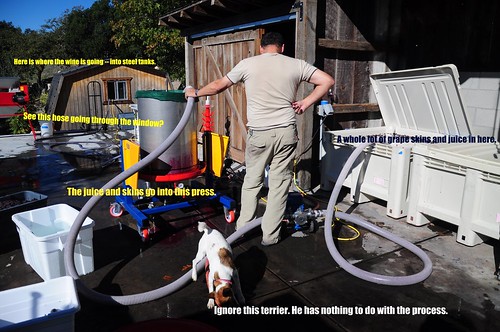 Okay, captions a big fail. Let me recap below. 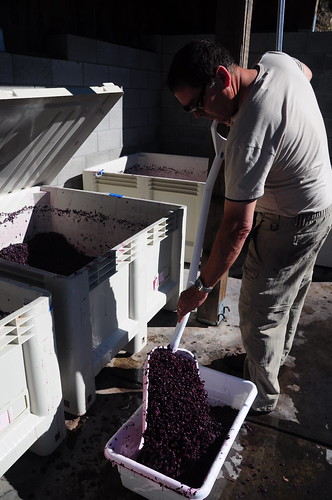 The juice is pumped from these primary fermentation vats. Then the skins, also called the Must, are shovelled with the juice into the press.

Once we have the bladder press full to the top with grape skins, we connect a hose that will fill up a cylindrical bladder inside the press. AND WE TURN IT UP TO ELEVEN! 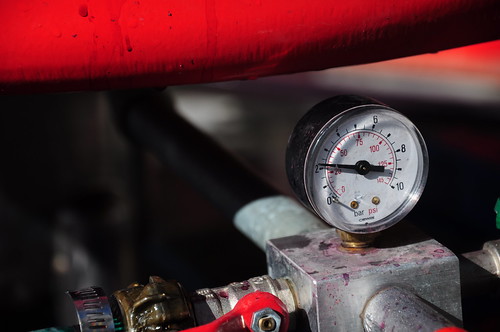 Actually, we crank it up to 3 atmospheres of pressure. Roughly 45 lbs. per square inch. 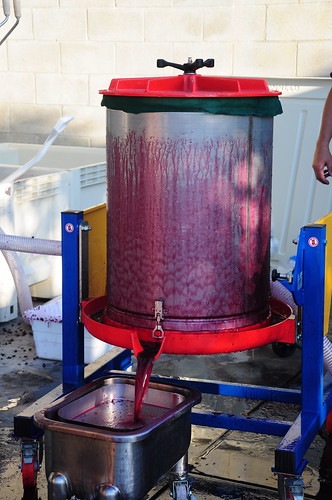 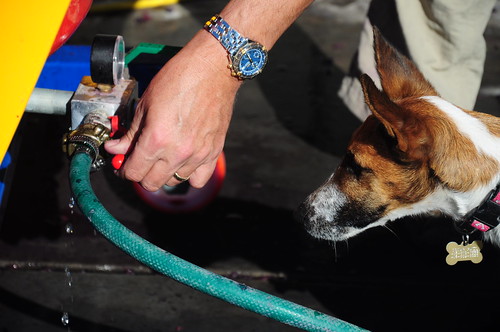 When you've pressed enough, you release the pressure by letting the water out of the bladder. A terrier will be waiting for this stage. 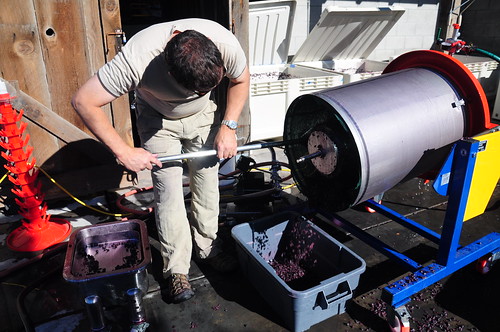 Now you have to clean the press, mostly with elbow grease. And transfer those pressed skins up to the compost heap. 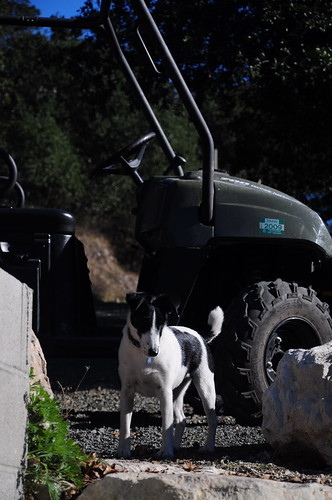 That involves an ATV ride. Some participants will tell you winemaking should include more ATV riding.

We won’t even go into the post press clean-up which is very time consuming, very wet and very boring. 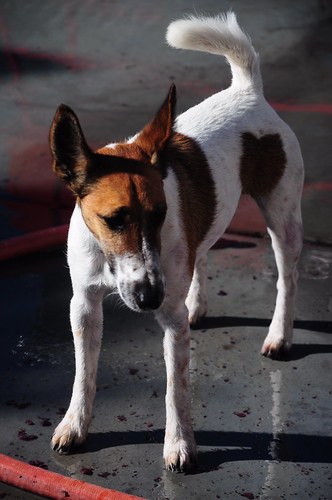 Except to terriers. "Yeah, turn on the hose!"

But this is the part that’s interesting to the people doing the work: a tasting of vintages present and past. 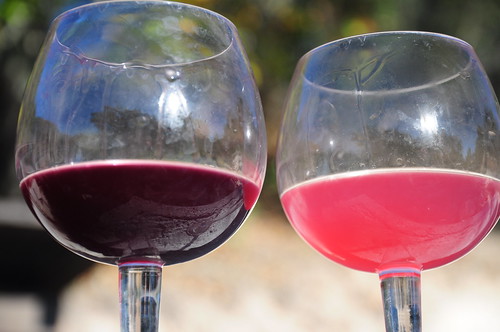 Here's our just pressed Cab and our Grenache/Mourvedre Rose. Both are tasting good. The Rose is a bit sweet but isn't done yet. That residual sugar will get fermented out. 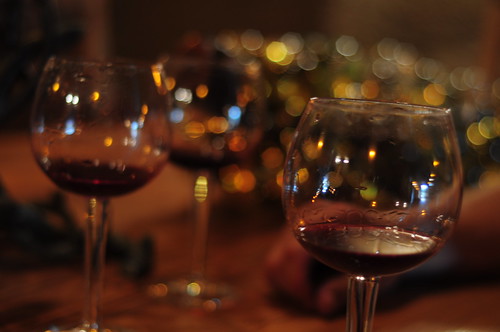 Next a barrel tasting of our wines in oak.

Both Grenache and Mourvedre blends, which are just recently in oak, are tasting great already. Last year’s Mourvedre is not as good, but then the grapes weren’t mature yet. (That’s our story and we’re sticking to it.) Last year’s Cab is starting to taste more mature. But we think this year’s will be even better.

(Well, not really the end, but the end of the most labor-intensive part of it: getting from Vine to Primary to Secondary.)