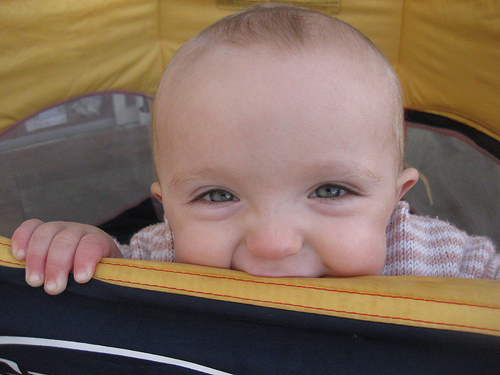 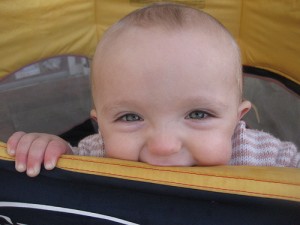 On first being asked to be Godfather and Godmother to The World’s Most Beautiful Baby, Andy and I were thrilled. Then came the fear, the doubt, the uncertainty. What exactly do Godparents do? I vaguely remember reading something about “being responsible for the child’s religious upbringing.” But isn’t that really the parents’ job? Besides, I’m an unrepentant Literature Major. The only way I could teach religion would be comparatively. And while I do have all my old college textbooks, it will be years before I can instruct Amelia May on the finer points of the original Hebrew text of the Old Testament and the more flowery King James version. Besides, if I go down that road, the next thing you know, I’ll be pointing out all the religious references in Ulysses, especially in the bar and sex scenes. Who knows where that would lead?

No, I prefer to think of Godparents as occupying somewhat the same zone as Grandparents. All the fun of childrearing with none of the real responsibility. We get to gush over her every little act without the constraint of context, reality or scale. For instance, I can show you this picture where Amelia mastered “The Smooshy Laugh”: 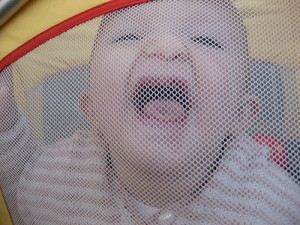 And I can tell you, without a hint of irony, that this is proof  she qualifies for a Rhodes Scholarship.

I should also note that this amazing acheivement absolutely proves her intellectual superiority over all other babies ever born.

As Godparents, we also get to dispense sugary snacks and toys that overexcite. Then not worry about her bedtime. Because that’s the parents’ job. No, none of the hard work of parenting for us. Just the fun. Just like the time we were in Vegas and Amelia’s mom left her in my care while she ran down to the spa for a facial. Amelia had a wet diaper, but did I change it? No, that’s what hotel towels are for. Off with the diaper, wrap her in terry cloth then back to watching those cartoons.

Which brings me to the key Ultimate Godparent gift: A PONY! 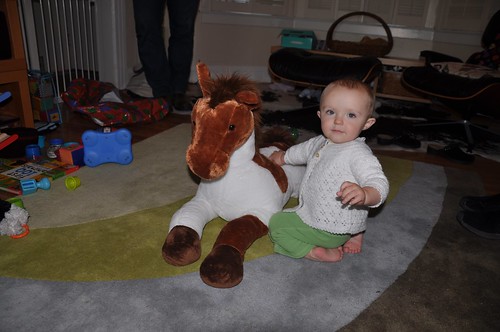 Okay, maybe it’s a little early for her to ride given that she hasn’t learned to walk yet. So let’s say Old Paint here is a starter mount. 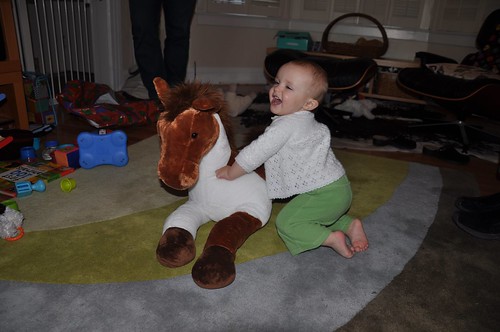 Walking or not, she knew just what to do. She started hoisting herself right up into the saddle. 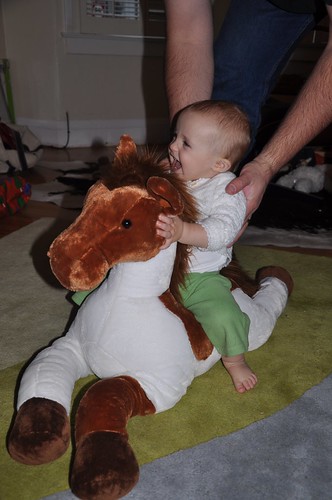 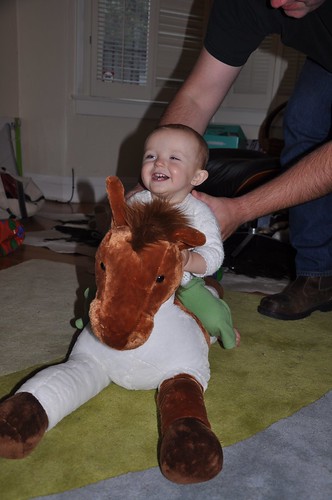 And git along little dogies!

So that’s what Godparents do. Except for dispensing sage advice. 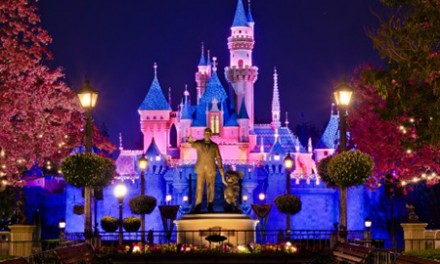