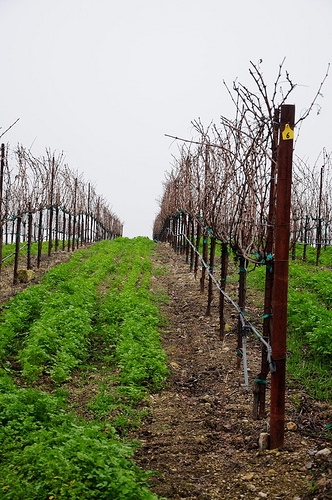 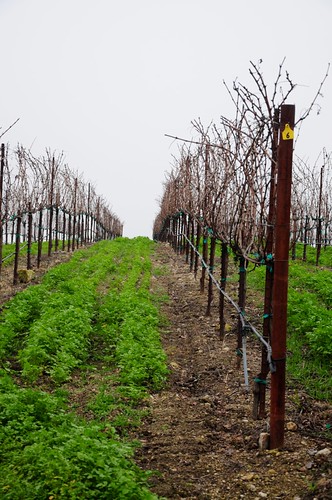 Long-time readers were probably wondering when I’d get back to the farm. Well, after nearly six months tending the grapes, harvesting and terrier wrangling (mostly on my own), I was thrilled to get back to San Francisco, where we officially live. With the wine all fermented and snugly sleeping in barrels, there isn’t much to do up in Sonoma. It’s what Judy Collins once musically called, “The Fallow Time”.

But in reality, even when you are doing George Bush ranching (defined as having no livestock but terriers), there’s always something to do. So we went back up to Two Terrier Vineyards to putter around and see how things are going.

First, everything is greening up after some rain, but not as much as we would like or are used to this time of year. However the low-hanging fog in the morning drops a surprising amount of moisture on the ground. Puts me in mind of an old nursery rhyme: 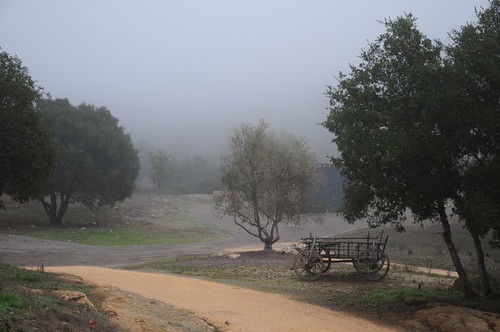 One misty, moisty morning when cloudy was the weather… 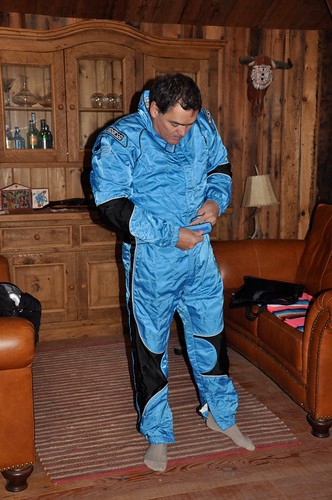 I chanced to meet an old man all dressed in…flame-retardant synthetic fabric.

Apparently, we don’t have enough irons in the fire and Andy has decided he has to take up go-cart racing down at the local NASCAR track. He says it’s perfectly safe. I say: any “sport” that requires a rib protector, a helmet and a flame-retardant suit is, at the least, questionable.

Meanwhile, back at the ranch… 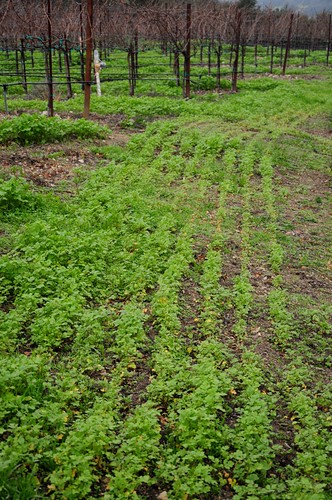 The vineyards have been sown with mustard to put nitrogen back in the soil.

I love how the mustard comes up in little combed rows. It should burst out into yellow bloom any day now. By the way, I caught hell for this from John the Baptist, our native plants guy and trail builder. Seems he doesn’t consider mustard native — even though the Spanish are credited with bringing it over in the 1500s. And it’s somewhat invasive. Next year, on his advice, we’ll be planting fava beans for our nitrogen fixing. They aren’t native, but they aren’t invasive. Better yet, John says to plant lupines. Then when everyone else has mustard yellow vineyards, ours will be purple.

By the way, John saw our resident mountain lion, who I’ve named Joaquin, but who John insists is female. Apparently, she was sitting serenely on a rock overhang above our favorite hiking trail. Only forest spirit, John the Baptist, could sneak up on a mountain lion. Me, I think I’ll give that trail a miss for awhile. 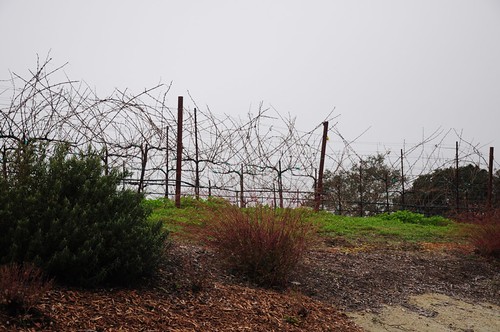 The next big maintenance job is to prune back all our vines. We’re just waiting for complete dormancy. Which is right about now.

The story isn’t so good at my raised bed garden. 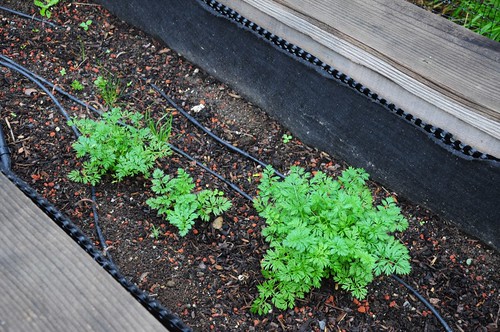 Three carrots seem to have sprouted. 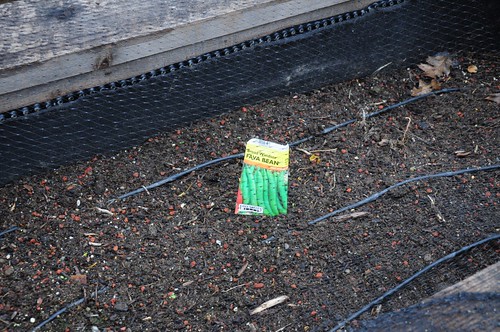 And no fava beans. Despite the netting, I saw signs of varmint activity. 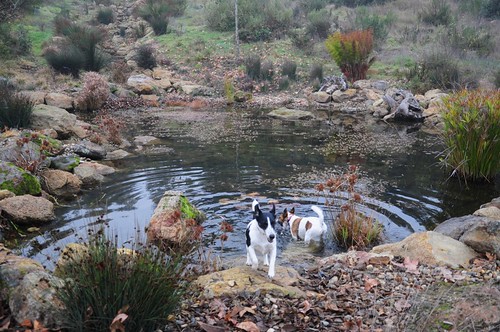 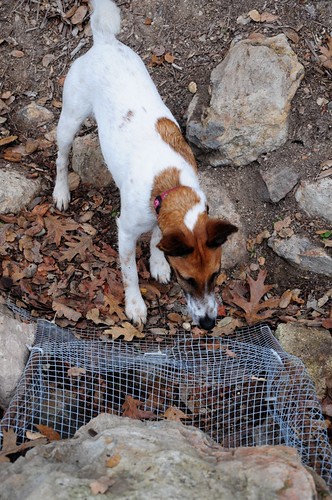 That is, you can chase varmints anywhere but down a drain. Luckily, John has “Oscar-proofed” them all after an unfortunate stuck terrier incident. 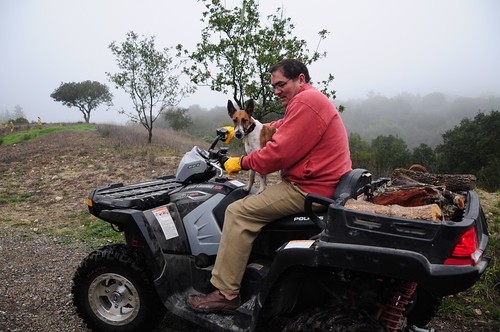 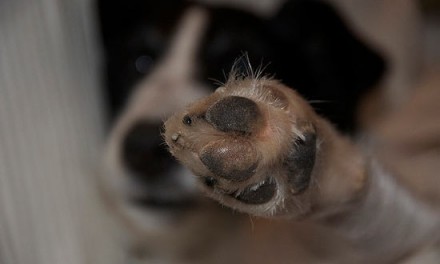