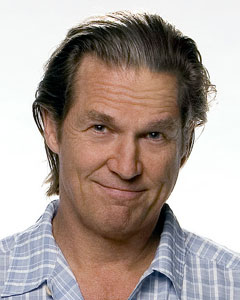 I’m not jumping on the bandwagon here just because he recently won a long-overdue Best Actor Oscar. I’ve long proclaimed to all who would listen (and few would) that Jeff Bridges is one of the most underrated great actors in the last thirty years. Don’t trust me? I’ll let the inestimable Roger Ebert say it for me. This is from his review of Crazy Heart, the movie that finally got Jeff his Academy recognition:

Some actors are blessed. Jeff Bridges is one of them. Ever since his breakthrough role in The Last Picture Show in 1971, he has, seemingly without effort, created a series of characters who we simply believe, even the alien Starman. He doesn’t do this with mannerisms but with their exclusion; his acting is as clear as running water. Look at him playing Bad Blake in Crazy Heart. The notion of a broke-down, boozy country singer is an archetype in pop culture. We’ve seen this story before. The difference is, Bad Blake makes us believe it happened to him.

I personally think Jeff deserved the Oscar long before this. Quick, name a Jeff Bridges film that wasn’t good. Or name a film, even a mediocre one, where Jeff Bridges didn’t elevate it to something else. I’ll admit I found Crazy Heart hard to watch in some places. Jeff made that character’s descent beyond the rock bottom of alcoholism so believable. But then part of me wants to remember Jeff Bridges when he was playing the pretty boy in Thunderbolt and Lightfoot. But here he’s finally gotten his Oscar. In the words of one of his greatest roles, The Great Lebowski, “The Dude Abides.” 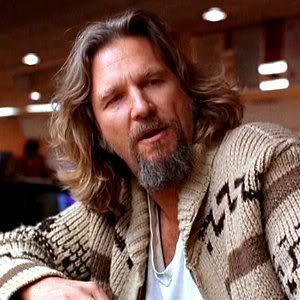 Jeff, you are The Dude. You have to keep it real.

In the interest of full disclosure, I’ll admit that part of what keeps Jeff Bridges close to my heart is not just his acting ability. He’s a Sonoma boy. Well, at least his dad, Lloyd of Sea Hunt and Airplane! fame, was. Born and bred and went to the high school (now the Community Center) barely a few miles from Two Terrier Vineyards. Apparently every year, Jeff and Beau Bridges arrange for a wine to be bottled in Lloyd’s honor with the proceeds going to charity.

Which is where I come in, determined to buy this year’s Jeff Bridges wine, especially since this year it celebrates Jeff Bridges. I was disheartened to hear that, this year, the wine was being made by Ledson, which as we shall see shortly, is not my kind of winery. And not even in Sonoma, barely even the edges of Sonoma Valley. But, again, all proceeds to charity. It’s got to be bought.

So I drove up to Ledson on my way back from errands in Santa Rosa. Yes, it’s one of those Faux Chateau wineries that are largely confined to Napa, the OTHER valley. I don’t want to be too snarky about Steve Ledson, who I am sure is quite a nice person what with his Harmony Foundation that supports local schools and all. But Stately Ledson Manor, or whatever they call it, is…well…it’s not my Sonoma cup of Cabernet. Sonoma, God bless it, unlike that other valley, is still a wine country where you can drink some excellent wine by driving up to a barn and yelling to the guy on the tractor, who just happens to be the award-winning winemaker. Much like you can at Two Terrier Vineyards. Except for that award-winning bit. Yes, Sonoma wineries are often found with directions such as “turn right at the feed store, left at the goat pasture and straight on the dirt road.” So you can see why I’m a little snarky about driving up to a pretentious mansion that is more than a little Addams Family-esque. Without the irony. 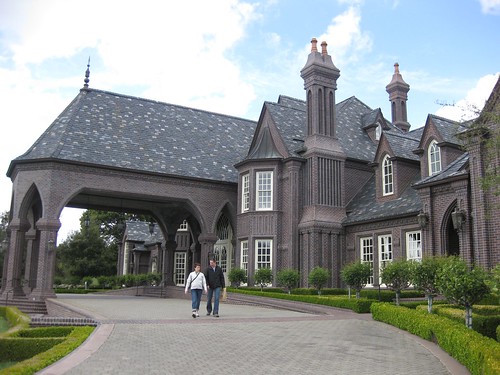 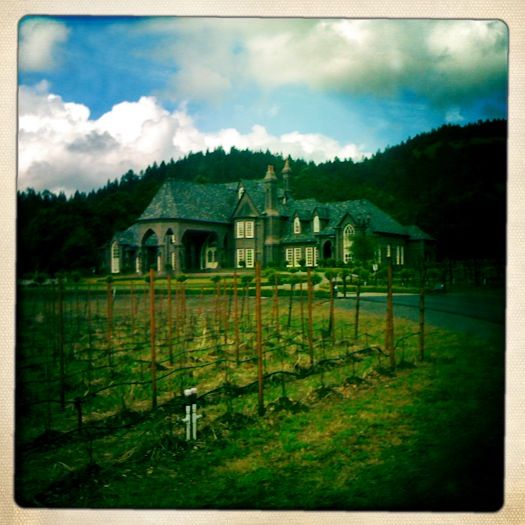 In the interest of fairness, I even tried to give this some vintage class with Hipstamatic. But still, Jeff, this is not your kind of place.

Never mind. So I ventured into Ledson Chateau and asked for a bottle of Jeff Bridges whatever. Turns out it’s Meritage which is a bogus name for a mongrel blend of various red grapes which claims to be Bordeaux style. Still, Jeff Bridges. Has to be done. 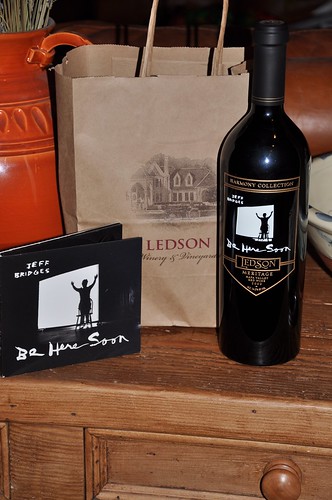 So the wine was outrageously expensive. Well, I did get Jeff Bridges' CD with it.

So I pick out a bottle and, as they are ringing up my purchase, ask the price. GASP! I won’t say it reached the territory of a First Growth or Premier Cru, but, considering what good wine you can find well under $40 here, it was not my approved price range. Still, Jeff Bridges. And all the money going to local schools. And I got a free Jeff Bridges CD with it.

Now the CD I was excited about. One of the amazing things about Crazy Heart was how good the music was. At one point in the movie, Bridges’ character Bad Blake plays a song that he has just composed to his girlfriend. She says, “Yeah, I’ve heard that before.” He answers, “No you haven’t, I just wrote it. But the best Country songs are like that. You feel like you’ve always heard them.” Music Director T Bone Burnett wrote original songs like that for Crazy Heart. And Jeff Bridges put them across like a better looking Willie Nelson.

So long story short. This all got me thinking. I need to have a word with Jeff Bridges.

Jeff, I think you are not a Faux Chateau kind of guy. I think you are a manure stained boots kind of guy. In short, a Two Terriers kind of guy. You want a real Sonoma winery to produce your next vintage. The kind of winery your Dad would have recognized from the Sonoma of 70 years ago. I’ve got a modest proposal. Call me. We’ll talk. Over Rhone style varietals. Or some kick-ass Rosé. And bring T-Bone along. We’ll get that music thing sorted out as well. We’ve got a winery that I think is more your style. We’ll even put you to work picking or crushing some grapes. Maybe even washing bottles. Trust me. You’ll love it. It’s YOU. 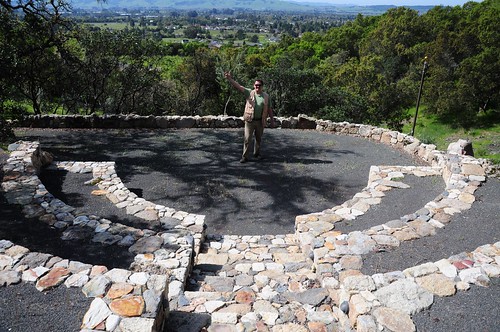 Here's the clincher, Jeff. We've got an amphitheater. You're serious about that music stuff? Practice here! 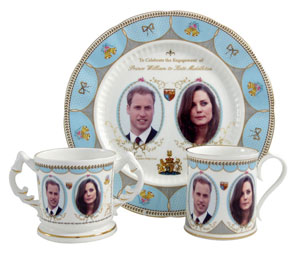 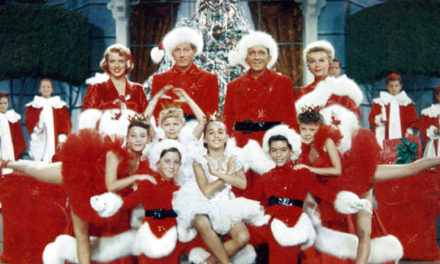 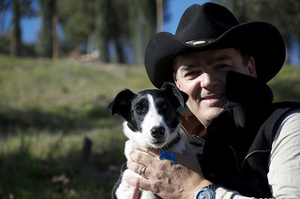 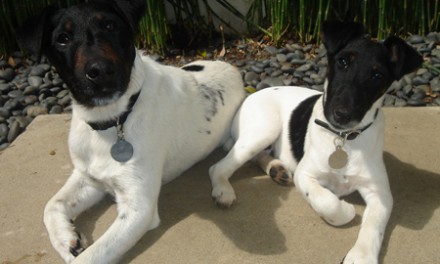