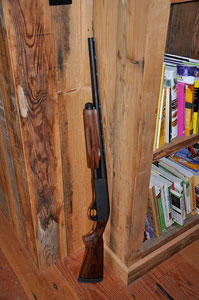 You may be aware of my recent gun purchase, which was a great milestone for someone who’s a registered Democrat from San Francisco. If so, you know I’ve recently hit most of the milestones: I made it through the 10-day waiting period, I picked out my “Grumpy Old Man with a Gun Persona”, and I loaded it up and took a few shots. I’ve even named my gun. In honor of one of my gun-toting heroes, the late lamented Fess Parker, I’ve decided to name my gun, in an homage to Davy Crockett’s Old Betsy, Ol’ Fess.

The problem, as it has been since I first contemplated buying a gun, is figuring out what I wanted to shoot. Gun owners have told me I’m approaching this whole thing the wrong way, but it seems to me logical. What do you want to shoot? Get the gun that is geared to shooting that kind of thing. Problem was, I couldn’t really think of anything I really wanted to shoot. I’ve been warned that, living in an area that is a frequent haunt of a pack of coyotes and at least one Mountain Lion, we need a shotgun. Especially if we wanted to stir the pot by adding livestock (which we do). So, even though I wouldn’t want to kill a coyote or a Mountain Lion, I now have a shotgun that I’m told will do the job. But the large meat eaters around here aren’t really the problem. We’ve all reached what the old Soviets used to call “a state of peaceful co-existance”. I don’t wander around during their hunting time and they don’t come out and kill me and the terriers during daylight hours. It’s an arrangement that’s working well for all of us. 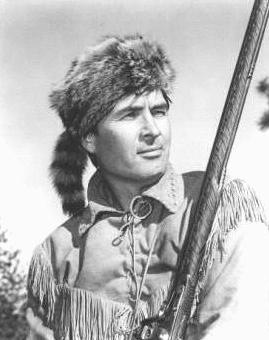 My gun is now officially named Ol’ Fess, in honor of the King of the Wild Frontier.

In fact, I have evidence that the non-verbal among us are adhering to the contract. On at least one occasion, one of the workers has stumbled across a steaming deer carcass. Steaming, as in it had just been ripped open by a mountain lion. By the time he could run up and get reinforcements and run back down to the site again (about five minutes), the corpse had been cut in half and the hindquarters portion carted off. That tells us two things: 1) the Mountain Lion was sitting hidden watching one or more people blundering around his kill, yet not interfering and 2) that’s one fricken powerful cat to drag off half a buck so far that we couldn’t find it within five minutes.

So that leaves the punks that have been attempting break-ins around here. But, still I don’t want to shoot a person. (Particularly any potential thieves so inept that, when they broke into the garage, they wrote their names in the dust on the windowsill.) So again, the question: What to shoot?

The answer came from John the Baptist today. He and Louis spotted a critter we’ve been dreading. A critter so destructive to vineyards that immediate martial action must be taken. 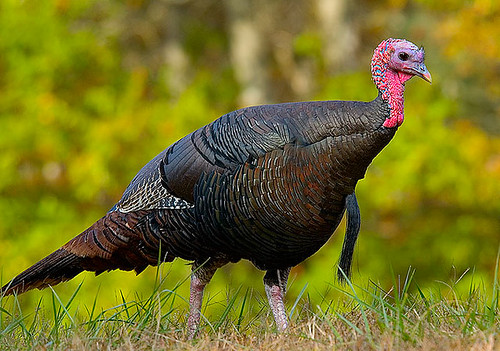 Yes, I know all about the fact that the turkey is native to America, and one of my heroes, Ben Franklin, wanted it named the national bird. But most experts in native flora and fauna state that the turkey is an Eastern bird and was introduced into California — where, I might add, it has an insatiable appetite for grapes. And can fly right over those deer-proof fences.

Or is the Wild Turkey a non-native invader? There are those who would argue otherwise. They say the turkey was well known in the Aztec Empire in Northern Mexico, inexplicably died out in California and was RE-INTRODUCED to its native habitat by White settlers here. So, by planning to shoot Wild Turkeys am I actually committing genocide on an indigenous inhabitant?

Rush Limbaugh would tell you this is the paralizing effect of Liberal Guilt. Sorry Rush, not paralized at all. Any turkey that crosses my path is going to get blasted out of the Mesquite. Not endangered, not contributing, not in symbiosis with anything here. Dead. I’d turn the terriers on them, but at a hefty 15-24 pounds, many of these winged marauders would outweigh my canine enforcers.

So I’m practicing hard with that shotgun. I’m now the Dirty Harry of Sonoma and the turkeys are the punks.

Unless I’m the Elmer Fudd of Sonoma. In which case,

“You wascally turkeys! I’ll bwast you away!” 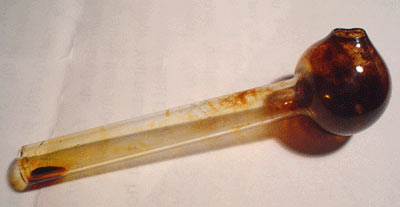 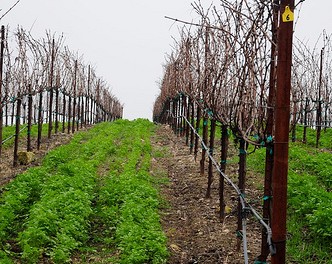