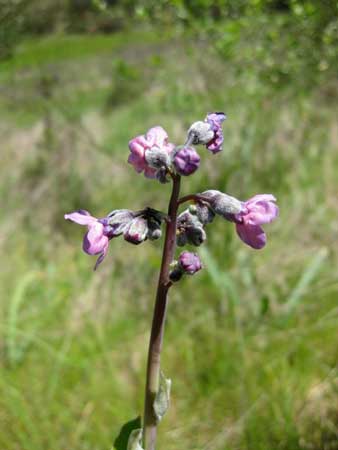 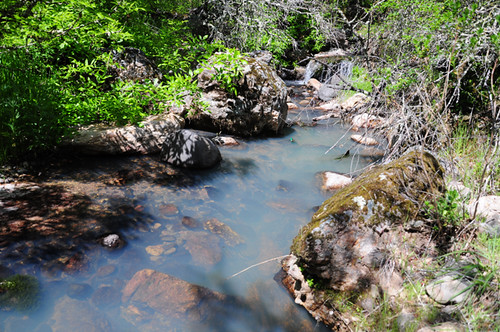 If you’ve watched the excellent Ken Burns’ documentary series, The National Parks: America’s Best Idea, you must be a John Muir fan. As the father of conservation and the idea of a park conservancy, John Muir figured prominently in the series as an irresistible American original (although he was born a Scot). A true ecstatic, John Muir’s best description in the series was given by a Native American who said that tribal shamen would have recognized him as a kindred spirit. Likewise John Muir would have recognized our own John the Baptist and his comrades in arms, Louis and Jesus, as members of his tribe. Over the course of their work here, they’ve rediscovered and recovered our seasonal creek. The happiest part of the restoration has been creating trails and shoring up the banks to direct the creek to its natural destiny. The heartbreaking part has been liberating the upper part of the creek from generations of trash, the result of this area being some sort of unofficial City of Sonoma dump. I witnessed the blood, sweat and manhours put into the job, but you’d be hard-pressed to see the hand of man in the job. But maybe that’s because the crew’s philosophy was to help the creek do what it wanted to do naturally — after junked cars, old tires and logjams were removed. Now the creek has taken over the job, thank you very much. The results are spectacular. 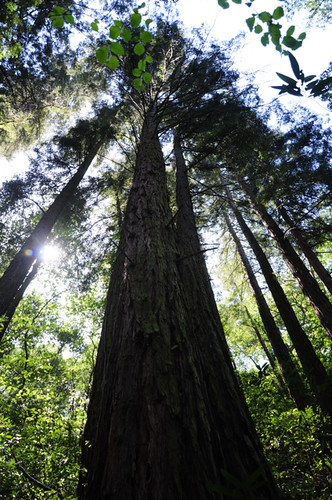 Long-time readers are familiar with the stand of Redwoods down at the bottom of the creek. 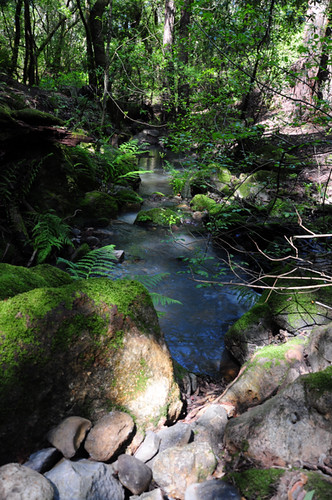 And the mossy, rocky stream that flows down to them.

But let’s talk about the upper part, the newly discovered headwaters, if we can call them that, which were just made accessible after loads of work with machetes and chainsaws. This is the area that is uncomfortably close to our country road. And which, judging by the old patent medicine bottles, has been an unofficial town dump for decades. (Although, with our fencing, we’re hoping those days are over.) 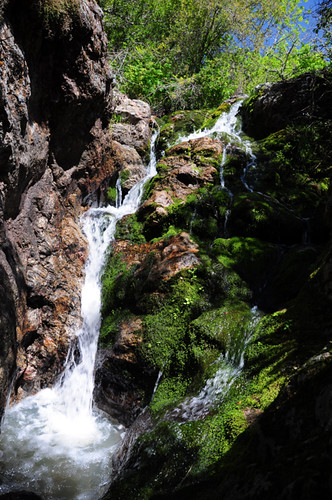 Turns out in Winter and Spring, there is this lovely waterfall. 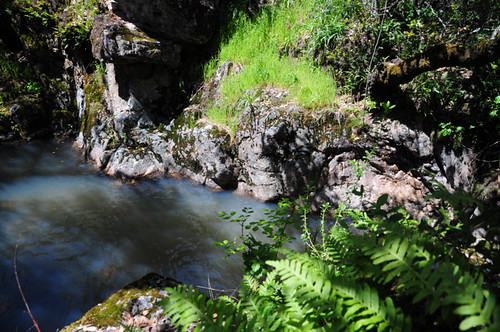 Emptying into this natural rock bowl.

Confronted with this, I’d bet even someone as immune to Nature’s charms as Dick Cheney would find himself in a John Muir Moment. A moment when the interconnectedness of man and Nature is contemplated. When Muir’s words echo in the silence:

“Walk away quietly in any direction and taste the freedom of the mountaineer. Camp out among the grasses and gentians of glacial meadows, in craggy garden nooks full of nature’s darlings. Climb the mountains and get their good tidings, Nature’s peace will flow into you as sunshine flows into trees. The winds will blow their own freshness into you and the storms their energy, while cares will drop off like autumn leaves. As age comes on, one source of enjoyment after another is closed, but nature’s sources never fail.” 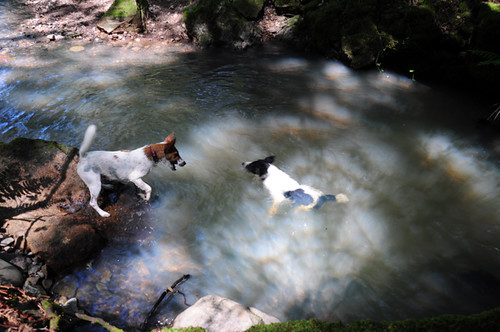 Well, you would have that contemplative moment until terriers started barking.

At this point, you need to get very Zen, tune out the high-pitched yapping and concentrate on the amazing varieties of wildflowers that are crowding down the banks. 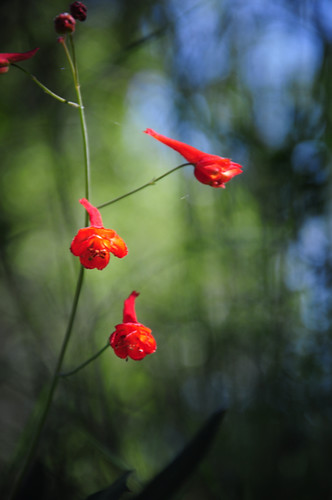 Such as these Canyon Delphiniums (Delphinium nudicaule). 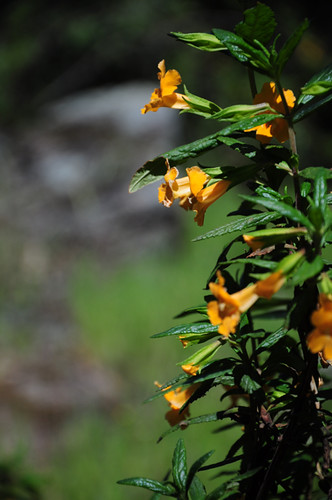 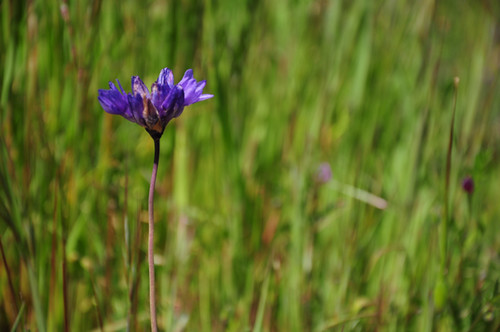 And Blue Dicks (Dichelostemma capitatum) which was an important source of starch for California Indians.

Which brings me to the need for a name for this new waterfall. I’m thinking a Miwok name would be appropriate, as we’ve already recovered arrowheads and grinding stones that prove this creek was a traditional migration path. Looking through this on-line Miwok dictionary, I think I have a candidate. Luppuh means “stone or rock”, Chook means “stream or creek”. 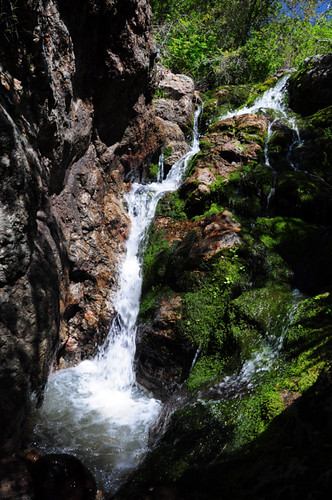 What about Luppuh Chook Falls, which I hope means “Stone Creek”.

I welcome suggestions. Especially from Native Americans and Miwoks, who may tell me that these two words mean something completely different. Or may be able to suggest the correct Miwok pronunciation for “Yapping Terrier Falls”. Which might be more appropriate. 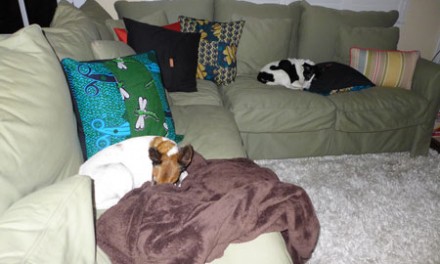 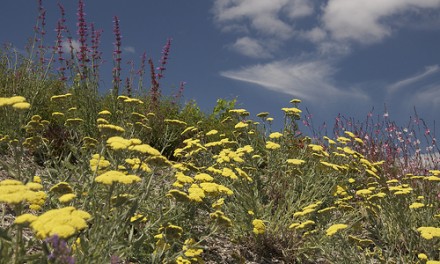