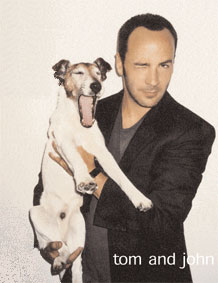 Fast forward to yesterday, when a Smoothie breeder contacted me on Facebook and happened to mention that she is friends with Tom’s partner, Richard, and helps the two of them out with showing their Smoothies. She said she’d forwarded several of my terrier-centric blog posts (this one, this one, and this one) on to Tom and “he really is tickled to know how the Smoothie folks and Foxie folks have responded to the film”. Tickled? The T word for Smooth Fox Terrier owners is “touched”. Apparently Tom Ford is just as obsessed as the rest of us Smoothie lovers. This is a man who casts his dogs in his movies, who named a pair of his high-end sunglasses after his dog, Angus, and whose traveling entourage always includes his Smoothies. What do you want to bet Angus and India sleep on the bed as well? C’mon, Smoothie owners, you know that happens with all of us. These are dogs that demand 600 thread count Egyptian cotton and the finest mattresses. They might even let you join them. If you behave. As my fellow Smoothie blogger, Raleigh Pop, would say: “We are all helpless in the face of Fox Terrorism.” 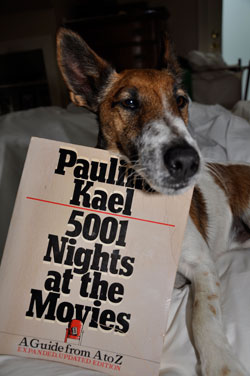 Then the breeder dropped the bombshell revelation that Tom and Richard have a large ranch in New Mexico. Where they are cultivating vineyards. And making wine. THAT THEY ARE NAMING AFTER THEIR TERRIERS!! Hello! BFFs 4SHUR.

Suddenly, I flashed on the realization that I’ve been getting massive blog hits from New Mexico, according to my stat analysis software, where formerly I only got traffic from one IP — a blogging friend who lives there. Of course, my over-active imagination supplied the scenario. Tom Ford has been obsessively visiting my blog. Because he needs my help integrating Smooth Fox Terriers and winemaking. AND HE’S SCOUTING NEW TERRIER TALENT FOR HIS LATEST MOVIE.

Tom, Baby. You’ve come to the right place. Your dogs are beautiful and all show-ring perfect, but they aren’t right for every role. Angus is the Cary Grant of terriers and India is surely a canine Audrey Hepburn. But what about the roles that require an edge, a hint of danger, a conflicted personality and deep-seated neuroses? Have you met Oscar? You won’t find a terrier with a more varied acting range. With his freckles, he’d be perfectly cast as Huck Finn. But with his conformation-defying sticky-up ears, he’s also a natural anti-hero. Thinking of remaking Rebel Without a Cause with a cast of terriers, Tom? Oscar’s your lead. What about the trifecta? Go ahead and start casting for terrier versions of East of Eden and Giant as well. Can there be a more perfect terrier Jett Rink? 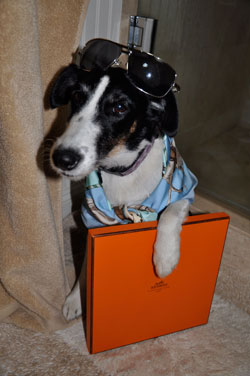 Tom, I know Hermes isn’t YOUR brand. But I wanted to show you Lucy has class. And she’s ready for her close-up.

And Lucy? Sure, she’s got that little weight problem and she’s a bundle of neuroses. Then there was that short stint on Prozac. (She’s better now.) But a terrier Marilyn Monroe? I think, yes! Start sketching out storyboards for The Terrier Some Like It Hot. Angus can have the Tony Curtis role. Oscar’s a natch for the Jack Lemmon part. And Lucy? Meet your new leading lady.

So Tom, Richard. Call me. Email me. Friend me on Facebook. I’m here for you. The terriers are working on their SAG cards.

And about that wine making. C’mon over to Two Terrier Vineyards. Let’s have a tasting and swap stories about the crush. After all, it’s a small and exclusive club of winemakers who really understand the concept of terroir. I bet like ours, your wine gives a pleasant aftertaste of dog hair at the back of the palate. It’s a terrier thing. 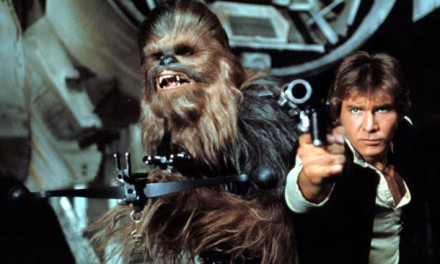