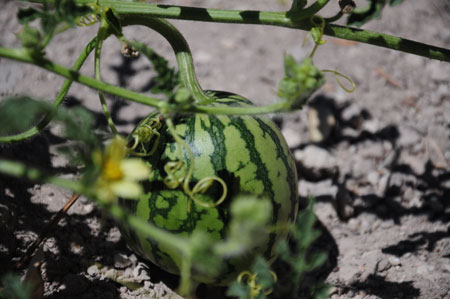 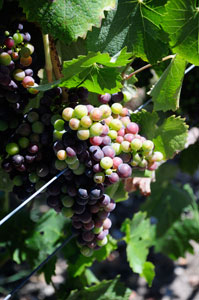 Okay, something or someone is clearly conspiring against my farming success. It’s bad enough that we’re having what seems like the coldest summer in 25 years. Well, that could go either way. On the upside, the longer, slower ripening might allow us to make a mellower, lower alcohol wine — more like the French Rhônes we’re trying to emulate than a typical California fruit bomb. But in the matter of produce, things are decidedly more dicey. If I had watched more episodes of The X Files when it was in first-run, I might be tempted to believe that aliens are beaming down at night and switching out all my plantings. Or if I listened to John the Baptist, I’d just chalk it up to more world domination practiced by Monsanto (John blames everything on Monsanto.) Whoever you want to blame, something fishy is definitely happening in Farmville.

First of all, there are the tomatoes. I made, what I now realize is was the tactical error of bypassing my usual tried-and-true seed and start source to go for the easy bargain. In this case, it was billed as TomatoMania and was basically a truck sale of tomato plants that unloaded over at the CornerStone Gardens. I now realize these transient tomato peddlers were actually tomato grifters. Talk about a bait-and-switch! According to the tags, I picked out all organic, heirloom plants that would yield big, juicy beefsteak-like tomatoes. What I’m getting is a completely different story. 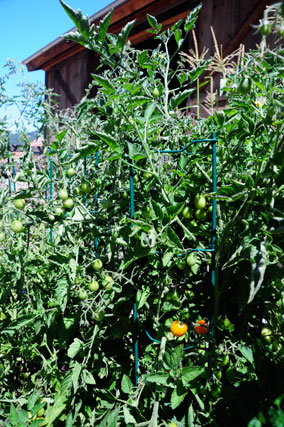 I got Jack’s Magic Beanstalk Tomatoes. They’re almost as tall as the barn. But they flower briefly, the flowers die, then no tomatoes.

Okay, so much for the “alleged” Beefsteaks. I also bought what were billed as Russian Crim and Crimea Blacks. In the past, these have been tasty dark skinned medium sized tomatoes. Not these imposters: 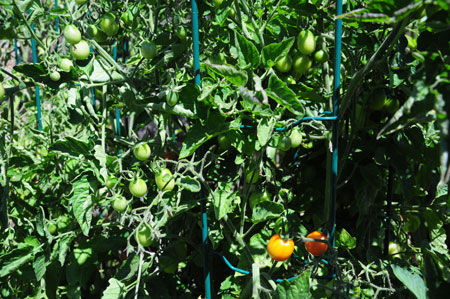 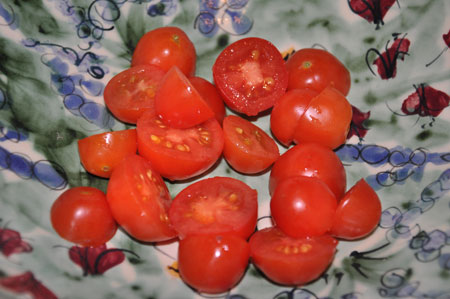 You know those watery cherry tomatoes you get in a regular Safeway? That’s what these taste like.

But the ultimate bait-and-switch came with the watermelon seeds I planted. I may still be mostly a City Kid, but I know what a watermelon looks like. Even without reading the seed packet, I could look at the picture and tell the packet was selling me watermelons. Specifically “Ice Box Watermelons” of the green, pink and yellow fleshed variety. 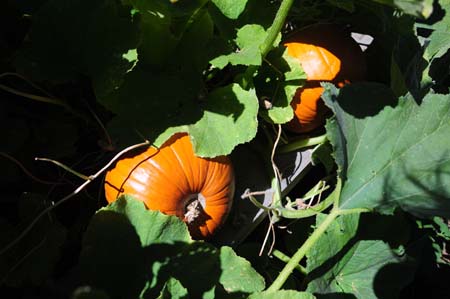 Correct me if I’m wrong here, but aren’t these pumpkins?

The oddest thing: I bought watermelon seeds from a completely different source and planted them at my other raised beds at Flying Terrier Farms. 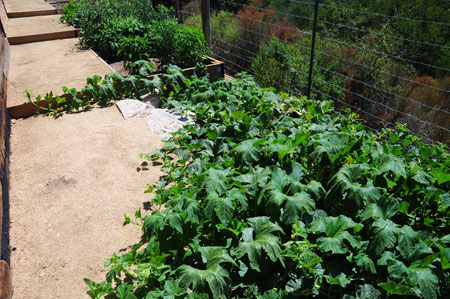 More pumpkins. In fact, the pumpkins that ate Sonoma.

However, this seed packet managed to include at least two watermelon seeds, as I am getting some among the pumpkins.

So all and all, a disappointing harvest this season. Well, I’ll give those tomatoes a few more weeks to improve their flavor. And pumpkins? What am I going to do with all these pumpkins? I live with an Englishman and the English are notoriously intolerant of orange vegetables. In fact, a good [English] friend of ours, who routinely suffers through what she calls “Thanksgiving’s obligatory orange vegetable”, absolutely rebelled when served a pumpkin pie, declaring, to the applause of the other English present, “pumpkin is a silly vegetable.” I guess I’ll be carving a lot of Jack O’Lanterns.

As to the rest of my vegetable misfires. It’s either the aliens. Or Monsanto. Or maybe Monsanto in league with aliens. 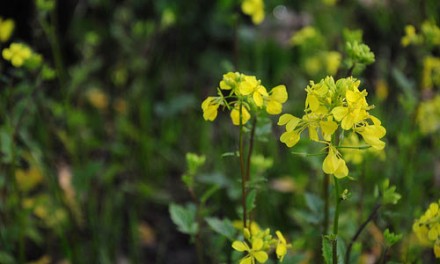