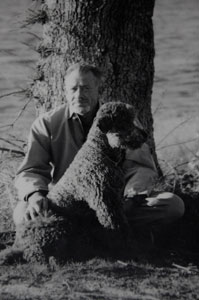 In my Church of the Roadtrip, there is a special place of honor for the Blessed Kerouac. And William Least Heat-Moon is awaiting canonization. But John Steinbeck has now been elevated to Patron Saint. Of course you can look at The Grapes of Wrath as a roadtrip — in the same way as The Odyssey — but in the end, it’s a trip you only want to take through the pages of a book. No, it’s Travels With Charley that gets Steinbeck on the altar. In his final book, John Steinbeck — sensing his impending death and believing that nothing lay beyond it — decided to take a valedictory trip around America — which some may argue, as personified by the Salinas Valley in particular, is one of the greatest and recurring characters in his books. He outfitted a camper shell on the back of a truck, mapped out a route through small towns and wide open spaces, and picked his elderly Blue French Poodle, Charles le Chien or Charley, as his companion. Since, in 1960, such things were not done, especially among aging and wealthy authors, Steinbeck noted that Charley served an important purpose even before the trip began: “I shall take my dog and that is another reassurance that I am neither dangerous nor insane.”

I’ve always loved the resulting book, even as it veered from celebratory to melancholy. I gained an even greater appreciation of it at the National Steinbeck Center in Salinas. Pull quotes on the wall and a special exhibit underscored how multi-faceted Travels with Charley is. The special exhibit was a film and exhibition by photographer Randy Wells. For a dozen years, he’s retraced Steinbeck and Charley’s trip, illustrating photographically the questions about America and Americans that Steinbeck set out to find. The film is wonderful, liberally sprinkled with Steinbeck quotes and including hundreds of Wells photographs. Then you can tour an exhibit area and see framed prints of some of the best photographs. The rest of the museum is really geared toward families with children, but particularly good is one of the permanent collections walking you through the agricultural history of Salinas Valley. It’s surprising how it illuminates Steinbeck, although I’d argue that he is much more than just a California author. In another multimedia display, Steinbeck’s wife notes how she has traveled the world extensively and never landed in a place where she couldn’t find a translation of one, if not most, of Steinbeck’s books.

I should note here that my original plan for this trip was to do it with a Smooth Fox Terrier, until Lucy, who is a better traveler than Oscar, went into a neurotic episode after hearing mating deer bang their antlers against trees all night in Sonoma. She had to sit out this trip. But after revisiting Travels With Charley, I’m already planning the next trip where Dog will be my co-pilot. And in retrospect, a journey with a dog would be a very different kind of trip than the Mission Mission.

And about those artichokes. With all my missions behind me and Steinbeck under my belt, I thought I’d indulge myself in a little roadside kitsch. So I headed for Castroville and the World’s Largest Artichoke. But as I traveled up 101 trying to process this trip, it suddenly didn’t feel right to end it with a 20-foot vegetable. That will have to be another roadtrip.

In the meantime, stay tuned as I recap in upcoming posts some of the many things that didn’t fit into my road posts. 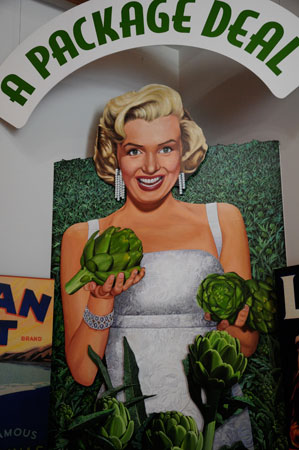 I'll leave you with this display from the History of Salinas exhibit honoring Marylin Monroe who was Castroville's first Artichoke Queen. Bet you didn't know that.

ADDENDUM: See some of Randy Wells photos here, many of which were in the Travels with Charley exhibit. 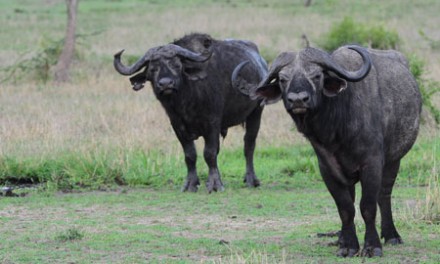 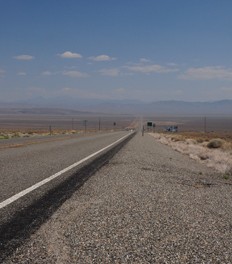 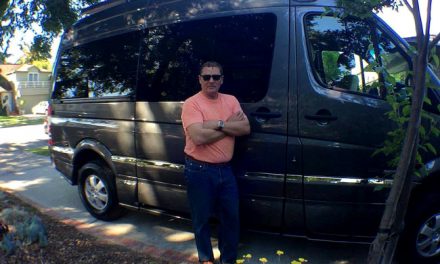