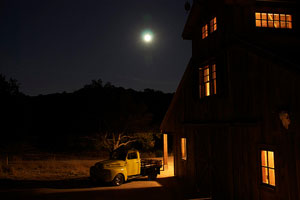 I have a unique perspective on our recent World Series and the election that followed close on its heels. Because I “did” both in silence — or the closest thing you can get to silence for two such massively covered events. It wasn’t my intention. It wasn’t exactly planned. But now I’m wondering if I can make this the standard by which I participate in all future elections and major sporting events.

First the Series. I followed the whole thing — League Championships then every game in the Series — on scratchy AM radio. Has anyone in America done this since 1949? Pictures? I didn’t need no steenkin’ pictures! The art of radio sports announcing is apparently not lost. The great Giants’ announcers of KNBR were so descriptive and enthusiastic in their play-by-play that I “saw” the whole thing. Then just to mix it up, I’d switch to one of the only other stations I could receive: a Spanish language channel. Couldn’t figure out the plays, but it was a lot more fun than KNBR when Uribe came up to bat. Gradually, the two merged and the Giants of my mind were all Hispanic with a lot of rhythm. Sort of like the Brazilian soccer team. 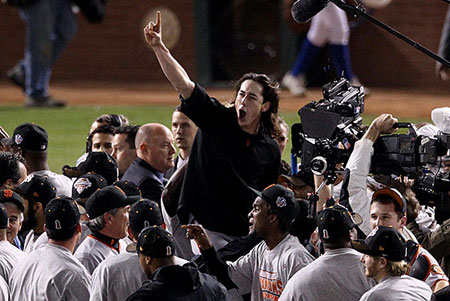 Wait! These aren't my Giants! MY Giants were doing the Samba.

Granted I missed the energy of being in the City. Running out into the pastures and screaming GIAAAAAAAANTSSSSSS to the deer doesn’t have the same effect as cheering in the stands. But the terriers and I still think we had a great Series. Jimmy Buffett, when people asked him about his most famous song, “Hey where is Margaritaville?” used to answer, “It’s anywhere you want it to be!” That’s sort of the way my Series went. It was anything I wanted it to be. So in my Series, our Giants were practically levitating as they rounded bases. While the Rangers sobbed and cried with every nail Los Gigantes drove in their Series hopes. Don’t tell me it didn’t happen that way. It did for me!

I didn’t stop to think that I was following those same Old Skool techniques in this election season. You’ve probably heard that these mid-term elections broke all records for spending, vitriol and polarization. Or so I’m told. I missed all of it. Out at Two Terrier Vineyards, we’ve got no TV, just spotty cell reception and receive only a few radio stations. Since I’ve been up here making wine full time since late September, I missed all the ads, all the talking heads, the endless coverage of rallies. In fact, in Sonoma, there seems to be some sort of ban on extensive campaign signage, because, other than a few bumper stickers, I really didn’t see any. That meant I made my voting decisions based on studying the voter information pamphlet. In silence. 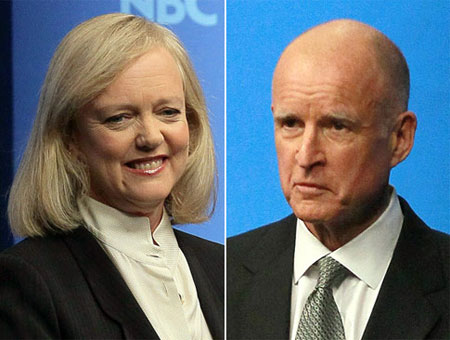 Jeez, I'm glad I had to make a voting decision between these two based solely on researching their positions on issues. Because, based on the one Meg political ad I heard, her Nasty Nanny demeanour would certainly have swayed me from the facts. And I could have gotten distracted by seeing that Jerry Brown is looking a lot like that Heaven's Gate cult leader.

So anyway, no Keith Olberman, no Rachel Maddow, no Wolf Blitzer. I ran some thoughts by the terriers, but they were no help at all. The soundtrack of my political season was the steady stream of Country Western music that comes out of my iPod. I won’t say Willie and Johnny influenced my vote, but I did remember, before I left for the long trek to my polling place, not to take my guns to town.

My one step unto the breech was to attend the very civil explanation of the issues conducted by our Town Historian, the inestimable Gerald Hill, and his wife Katherine who, I believe has a degree in political science. This was a non-partisan, straight-forward explanation of what exactly it means to vote No on 23 or Yes on 19. It was kind of like drawing up to the campfire and having the Village Elders explain the cosmos to you.

When it came time to vote, I purposely kept the radio off and didn’t check the Internet. (As a California voter, you have to get up to vote the minute the polls open because, by 10:30 AM, the pundits are already telling you who won and making you feel that your vote doesn’t matter.)

It took me over an hour and a half to drive out of the wilds of Sonoma into San Francisco and straight to my polling place. Purposely keeping the radio off made me feel like I was in that episode of Little House on the Prairie where Pa hitched up the buckboard and drove through the night to the Grange Hall to vote on some farmers’ cooperative thing.

By the time I reached the polls about five minutes before they closed, it was all over but the shouting. And this being San Francisco, there was certainly a lot of shouting. I tried my best to tune it out, but it was hard not to hear snippets of how the Tea Partiers had won big time.

That caused me to make the mistake of flipping on CNN. But only long enough to learn that the state and local races I really cared about had gone my way. Still leaping head-first into the 24 hour news cycle was just too much culture shock. I turned to the shows I’ve been Tivo’ing in my absence. AAAAAAAHGHHHHH. Meg Whitman and Carly Fiorina popped up at me screaming that we were all in handbaskets and it was getting really hot. I fled back to the security of Willie Nelson for the evening, then took off back to Sonoma first thing. 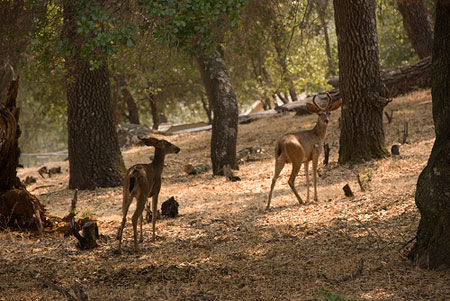 Making decisions with nothing but deer around you brings a certain clarity. But on the other hand, they're no fun when you are screaming "GIANNNNTTTTTSSSS!" on a Rentaria 3 run homer.

Did my Unplugged version of voting make me not care about how the elections outside of California turned out? Well, of course not, although I still haven’t read or heard all the gory details. The funny thing, though: without all the pre-vote screaming, the election seems like one of the way points in the Democratic process rather than some sort of apocalyptic event. Which is probably the healthy way to look at it, whether or not your team wins.

Now if I can just figure out how to get the KNBR Sports staff to narrate the next election to me. Maybe even in Spanish. ‘Cause I’ve learned from my Series: everything always sounds more exciting in Spanish. And are Uribe and Renteria running for anything in two years? 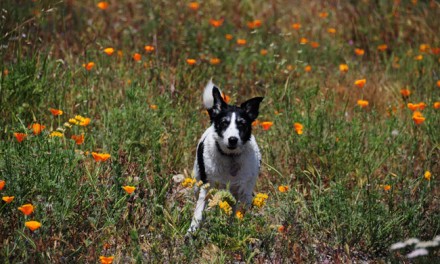 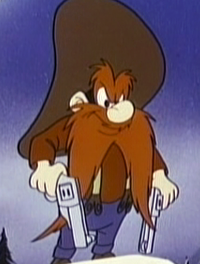 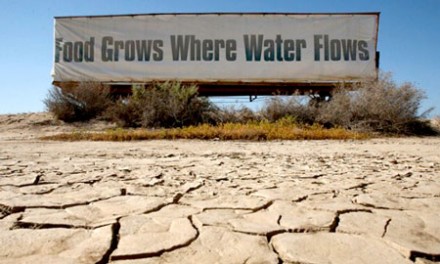