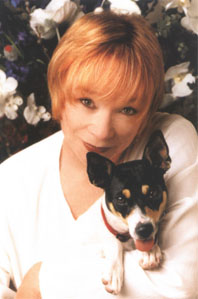 This post was supposed to be about Susan Sarandon who is in town for the Sonoma Film Festival where she’s receiving a Lifetime Achievement Award. I had a standing invitation out to her to come by the ranch and recreate the iconic scene from Thelma and Louise in an ATV…with terriers. Not that I wanted us to drive off a cliff. In fact, the only one we have is inaccessible by any vehicle. But I thought we could go over some bumps in the vineyard road sort of fast and catch some air. She never called. That’s okay, I know she’s busy.

Then suddenly, I found myself formulating a post on another well-known redhead. My Kindle reading list is eclectic, eccentric and not always what I’m used to reading. Somehow I like lighter fare on the Kindle and reserve heavier reading for traditional books. Browsing Amazon alerted me that Shirley MacLaine has a new book out. I thought, “Why, not?”

I wasn’t the electronic equivalent of ten pages into it before I realized this was going to be an unexpected pleasure. I realize most celebrity books are “as told to”, dictated in stream of conscious manner to a ghost writer. So it’s always surprising to me how few actually have any immediacy or sense of voice. The last one I found that did was Keith Richards’ Life and you all know how I felt about that book. It was like sitting down for a long session with a case of Jack Daniels while Keef regaled you with the story of his life. I could almost hear his raspy laughter as I turned each page.

Shirley’s latest is just as good in a similar way. Called I’m Over All That, this is Shirley, in full on eccentric great aunt mode, dishing on what she will and won’t put up with any more. Sure she’s kind of out there, but she owns it with such ferocity you end up thinking she might have a valid point on a lot of things. Think a somewhat crotchety, New Age Auntie Mame throwing back classic Martinis as she regales you with her amazing world travels, her beliefs and her theories of the universe, interspersed with tantalizing glimpses of which world-famous people she’s slept with, who’s an idiot in Hollywood, how to manoeuvre yourself into the most flattering lighting (Marlene Dietrich taught her) and so much more. (Not, I should point out, that Shirley drinks much. She started as a dancer and has maintained a dancer’s discipline with regard to her body. Let’s just assume she might imbibe some Cosmic Cocktails.) 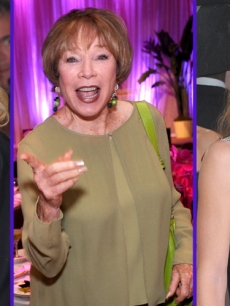 Shirley MacLaine has become a loopy New Age Auntie Mame. Choreographed by Bob Fosse. And if that doesn’t sound like the person you’d most want to hang out with, you are probably no fun anyway.

The chapters are short and punchy and each one deals with something she’s over, is not over or never wants to be over. Some chapters are grouchy: “I’m Over People Who Repeat Themselves (When I Didn’t Want to Hear What They Said in the First Place)” and “I Am Over Politics. It’s Jazz. And I’m All Over That Jazz.” Some are titillating: “I’m Over Feeling I Need My Family” and “Sex and I Got Over Each Other”.  And the surprising: “I Am Not Over Good Journalists” and “I Am Not Over the Founding Fathers.”

You can say what you want about Shirley MacLaine and her New Age beliefs and stories of past lives, but the woman is a lifelong learner. When she has a metaphysical question, she goes to see a Mayan philosopher, a Peruvian shaman or the Dalai Lama. She knows, and counts as good friends, a lot of old guard journalists like Barbara Walters and Mike Wallace. And she reads and reads and reads. At one point she was throwing out stuff about the Byzantine Empress Theodora that had me scrambling for my Will and Ariel Durant. Hey, and it’s not just New Age stuff. She’s read everything Einstein wrote and she’s good buds with Stephen Hawking. That’s not even counting the world leaders that she knows and those she’s had affairs with, including Olaf Palme of Sweden but surprisingly not any of the Kennedys.

And boy is that woman a doer. When she goes out seeking truth through travel, she ends up in places like a Masai camp assisting in a birth ceremony, seeking aliens in Machu Picchu, or recreating the 780 kilometer Medieval Spanish pilgrimage, The Way of St. James. On foot, alone and at age 60!

Listen, I don’t know if Shirley truly has had all those past lives, as she claims, but she certainly could skip at least half a dozen with the living she’s crammed into this one.

But here’s the best part — besides the fact that she’s now crusty and cranky and railing at rude kids glued to their phones and computers — she’s big on terriers. I mean really big. HUGE. Her constant companion is Terry the Rat Terrier who flies in a seat next to her wherever she goes. (Boy, I pity the fellow passenger who objects to sharing a seat row with Shirley’s terrier! She’s got a few choice words for airport security on that matter.) In any case, it’s no accident that she has a terrier. In fact, Shirley says that dogs are more finely attuned to the Universe BUT NONE MORE SO THAN TERRIERS! Well, yes, Shirley, if you are talking about being so finely attuned that they can hear an ant stumble 50 yards away and can sound the alarm with ten minutes of frenzied barking. If you are talking about a Zen-like calm connectedness, well, I would suggest that, despite the pictures, Terry might not be a real terrier.

You can imagine that when I started reading aloud the portions of the book that dealt with the superiority of terriers, Shirley MacLaine quickly gained two lifelong fans. Of the pointy-nosed persuasion. Apparently Shirley and Terry have even co-authored a book (with Terry channeling his portion as he still lacks opposable thumbs.) Listen up, Oscar and Lucy, the Terrier Performance Bar has just been raised!

So Shirley is convinced that she and Terry were together in an earlier life in Ancient Egypt. She even notes that a terrier looks like an Anubis, an Egyptian dog-headed god. Hey, I made that connection when I was last at the Pyramids! 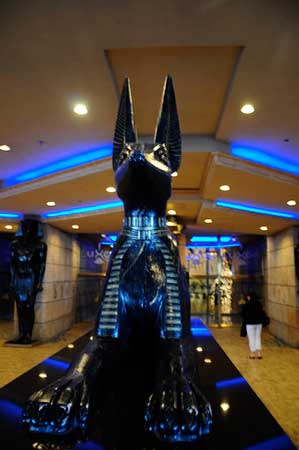 Actually I was at the Luxor in Vegas. But I still spotted the resemblance. 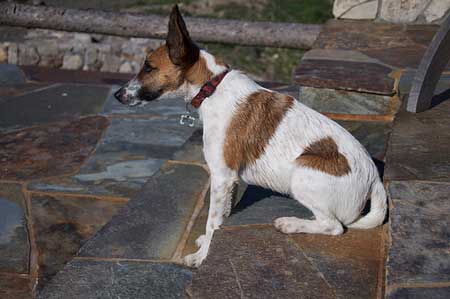 Oscar says Shirley would clearly like him best because of his Egyptian ears.

I’m not sure I could get through too many of the more New Age-y of her books. But then none of us really know for sure what happens after Death, so Shirley has as much chance of having it right as anyone. But I do admire the fact that she keeps questioning and searching. I’ll definitely be downloading The Camino about her re-creation of the Medieval Spanish pilgrimage. (A book, unfortunately, without terriers.) And I am revising my image of her. I thought she was like a lot of her screen characters, sort of loopy and kooky. Turns out, she is disciplined and professional in whatever she’s pursuing either artistically or spiritually (that dancer’s training). And she has no patience for the slovenly, the lazy, fakers or non-thinkers.

I’ll tell you what: next time I’m at the airport, I’m watching out for a flamboyant, red haired curmudgeon with a terrier under her arm. Because, if she gets on my flight, hers is the row I want to sit in!

The terriers? They just want Shirley to come out for a few evenings to sit in the vineyard and scan the Sonoma skies for Extraterrestrials. Or chase moles. Whatever she prefers. Yes, the terriers believe.

Oscar and Lucy say, “Shirley, come to Sonoma and we’ll reminisce about the old days of you, us and King Tut! 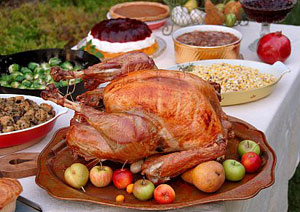 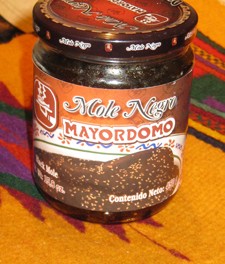