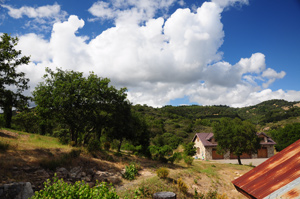 I think you’ve heard me complain that, for a second year in a row, Mother Nature has completely shuffled the deck on our usual Spring. Typically, in Sonoma, the heavy rains end around February or March, there are light sprinkles in April, but by May, it’s pretty much predictable. Getting warmer and drier in a steady progression. This year, the rains never stopped. Well, actually they did. About three times. Which meant the rains stopped, we ran out and did all the chores that have to be done in Spring: like pulling up invasives before they seed, gathering up whatever we want to burn in time for our last few burn days until November and cutting down the cover crop between the vines. The problem was, we did that, then it started raining again, then it got hot. Everything we’d cut, burned or trimmed — which normally wouldn’t grow back because of lack of rain — grew back with a vengance. So lather, rinse, repeat.

Now, all of a sudden, temperatures are in the Nineties, and, of course, we are not prepared for Summer work. Because we’ve still got our third Spring to contend with. Cue full crews and controlled chaos as we run around trying to finish up what we’d normally have done and finished by early April.

That’s how I found myself accelerating the cleaning and oiling of the floors in the living loft in the barn — scheduling it for a day and a half instead of in stages over a week. Now it should be mentioned that this job requires vacuuming up every last spec of dust, then washing all the floors thoroughly and letting them dry completely before applying the oil. Unfortunately, a spanner was thrown into the works immediately when it was discovered that the mighty Dyson had a little less than zero suction — something about massive amounts of terrier hair clogging every available part of the machine. Not a problem. Louis disassembled it into what seemed to be a hundred separate pieces, blasted through each part with an air compressor and reassembled it. I’ve always thought we’d win the war on terrorism before we won the war on terrier hair. But count this as a victory for our side. 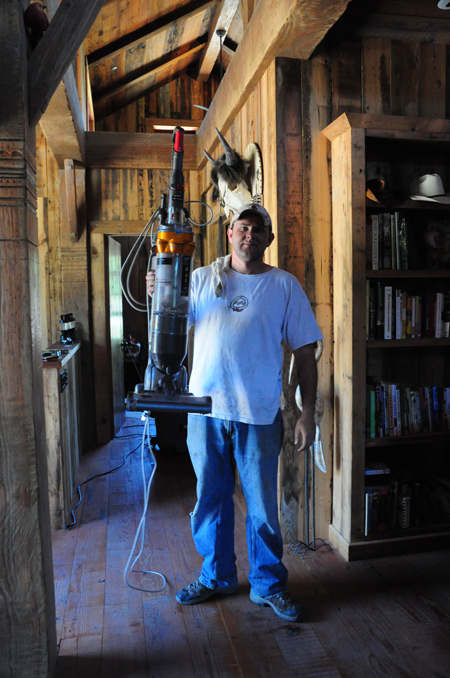 This Dyson is Louis's bitch. Now it has so much suction, it will pull up the floorboards.

So finally, a full day of vacuuming, washing, drying the floors and washing again for good measure and I was ready for Andrea, my lovely assistant, to help with the oiling. First of all, “oil” might be a misnomer for whatever this stuff is. It’s called Velvet Oil and it’s supposed to soak into the wood and restore the moisture. But it kind of spreads on like honey. 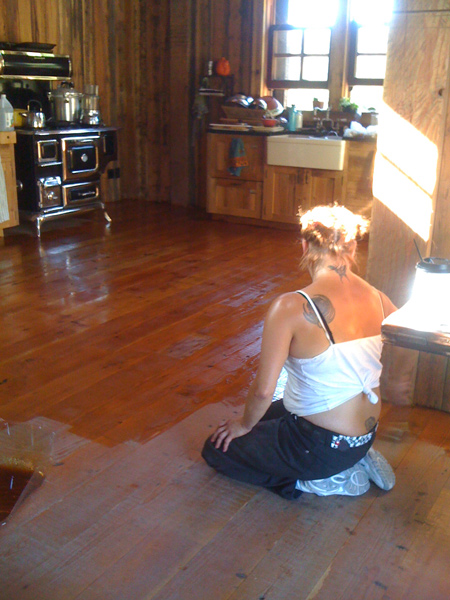 So Andrea and I honeyed that floor up like one big crumpet leaving only a tiny walkway passage.

I think someone did suggest that I might want to do just one room at a time since the directions said “allow to cure for 24 hours”, but I was taking those directions as mere suggestions. Besides, the thermometer was climbing past Ninety and I was sure, in Sonoma heat, we’d be completely “cured” in two hours. More on that later. Meanwhile, out on the ranch… 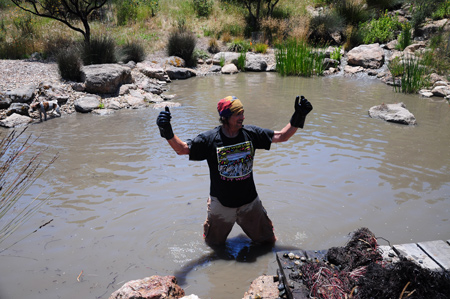 John the Baptist was pulling three times his own weight in invasive weeds out of Lake Charles. 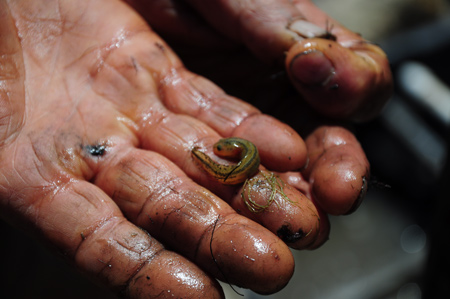 And cleaning the water circulating filter without harming the native mud puppies. 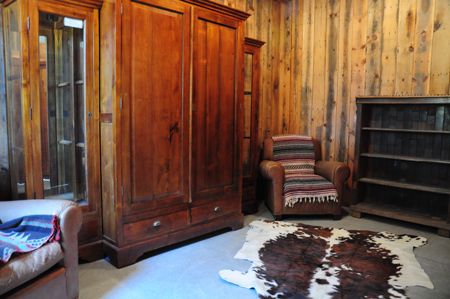 Then Andrea and I cleaned about 80 black widow spiders and dead bees out of a crowded storage room and made a tack room. Call it Club Two Terriers!

Floors still not dry. So I took what I think was a five minute break and Andrea had completely scrubbed down the barn area bathroom. It’s the one the working guys use so you don’t even want to see the before picture.

Floors still not dry, but the temperatures were mid-Nineties and we’d been working for eight hours non-stop. So Andrea read the directions and noted that it is suggested that you hand buff the floors a few hours after application. I think that’s when I decided she might be a bit too hard a worker. I called it done. We pulled in the furniture and piled it in the one unoiled area and went over the two dozen other major projects John and crew had finished in the meantime. Which included chasing varmints out from under the Wine Lab and terrier-proofing it, then relocating a seven button rattler from under my potatoes in Flying Terrier Farms.

Andrea was still ready to clean something else. But I called Game Over.

By 8PM, the oil was still not completely dry on the floor, but the dogs and I were tired of huddling in the one unoiled area in a barn that still hadn’t cooled off under 80.

I’d changed into a nightgown which was the only item of clothing I’d thought to bring with me into the unoiled zone. But after a day like this, I deserve to unwind any way I want. In fact, I can be downright White Trash, if I feel like it. I strolled down the back pasture in my nightgown, with my dogs and drinking a Mountain Dew. I should have brought my gun. I earned that today. 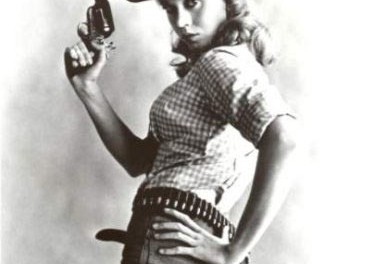 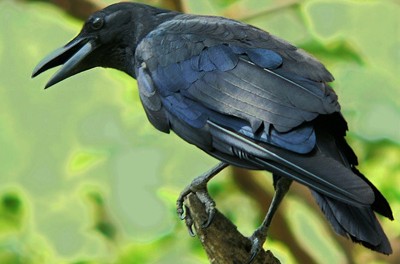