Some would say that trinity would be Mole, Mezcal and psychedelic mushrooms. But remember, I’m here as a student, so I’m leaning more toward history and culture. In my reading, the three things you need to be familiar with to understand Oaxaca are the Zapotecs, the Catholic influence and Benito Juarez.

Tomorrow I’m touring the Zapotec mountain top city of Monte Albán, but, as I reported yesterday, to see the loot archeologists hauled out of Tomb 7, you have to head to the Museo de las Culturas de Oaxaca. Luckily, the museum also includes artifacts and displays that trace Oaxaca from pre-history through the Spanish to the present day. So I’m up to date on who was who in Oaxaca back to the dawn of history. 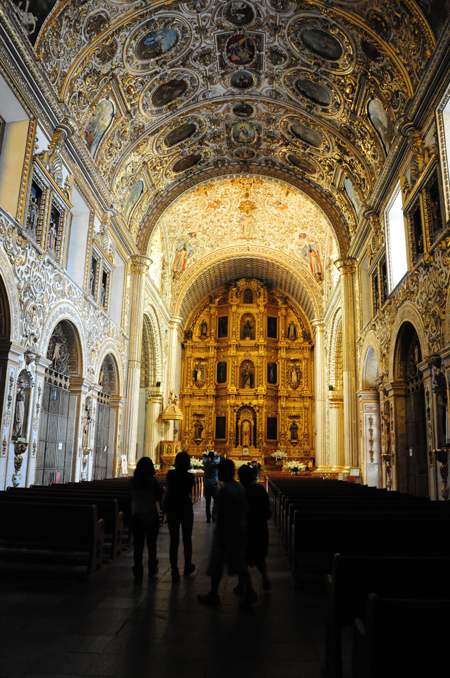 I don't think I've seen this much gold leaf outside of Rome. Or the Bellagio in Las Vegas.

Today, I focussed on the Catholic Church, retracing my steps to the Templo Santo Domingo de Guzman, Oaxaca’s most ornate cathedral. This is the cathedral that features a large front garden of maguey plants from which Mezcal is distilled, leading me to believe that the Dominican brotherhood was much more fun than our Franciscan mission padres. They certainly were much more ambitious in their building plans. None of our mission churches — even Santa Barbara and San Fernando Rey — can compare to the Baroque splendor of Santo Domingo. 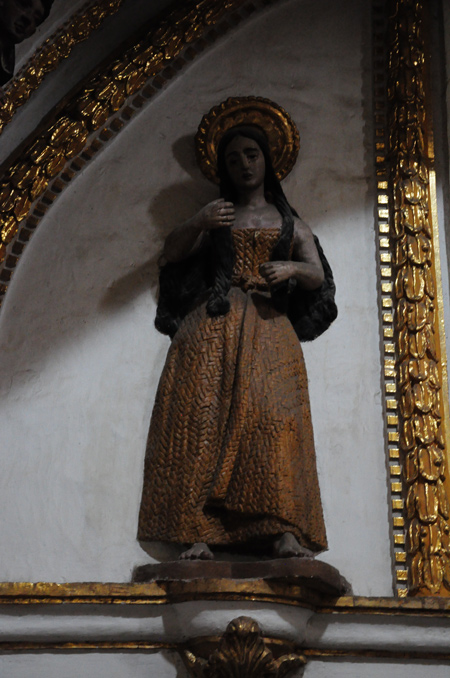 Sometimes the lines get blurry as in this statue of the Madonna as a Zapotec Indian.

Which brings me to a travel tip: if you hire one of the local guides to show you around, don’t tell him you are there to study Spanish. Mine was so helpful that he announced he would do the whole tour in Spanish to give me extra practice. It took so much of my brainpower to try to ask questions about Saints and gold leaf and Moorish-inspired carving in Spanish, that I didn’t get around to taking many pictures before a stern Dominican brother shooed us out of the church for the 1 to 4PM closing. Those Dominicans run a tight ship. Or they are serious about having an undisturbed siesta. 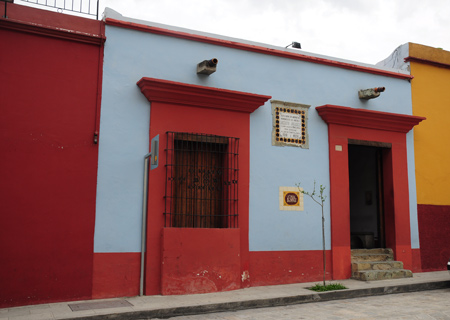 The house Benito Juarez lived in once he'd become a successful lawyer. It doesn't look like much from the outside. 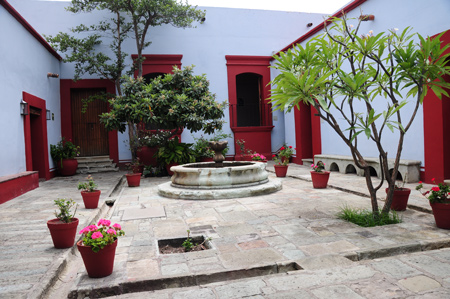 But inside, it's all built around a lovely courtyard. 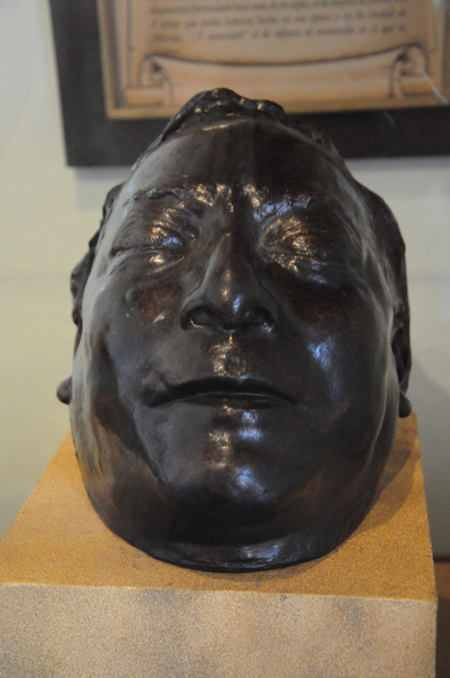 I wonder if Benito would approve of the fact that his death mask is now a lovely paperweight in his former library.

That’s Zapotecs. Check. Dominicans. Check. Now for Benito Juarez. He’s been called the Abraham Lincoln of Mexico for his agenda of land reform for the peasants. But for that comparison to be appropriate, Abraham Lincoln would have had to have been Cherokee. Because, amazingly, at a time when the indigenous people of Mexico were little more than slaves or landless peasants, Benito Juarez, a full-blooded Zapotec Indian, walked out of the Oaxacan hills, into the city, got himself educated and rose to be the first Native President of Mexico or any other country in the Americas. Then he championed land reform, Indian rights, defeated the dictator Santa Anna, won the Battle of Puebla (which gave us Cinco de Mayo!) and had the puppet Emperor Maximilian executed. Not a bad track record.

So there it is. I’ve got my Oaxacan foundation. Bring on the next three weeks. 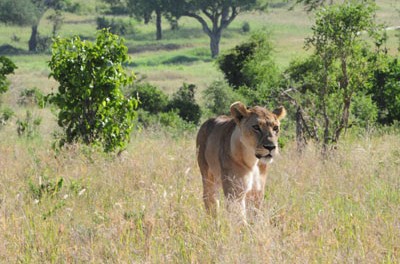