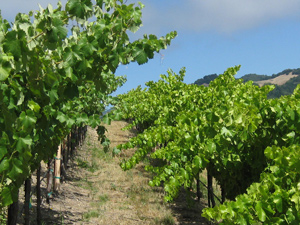 We’re having another odd year here in Northern California. A late wet spring that seemed to go on right through July. We’re still getting the odd sprinkle now, which in past years would have been unheard of for Sonoma in summer. Not to mention, we haven’t had the blistering weeks of 100 degree heat we usually enjoy — well, we don’t enjoy it, but the grapes do. In fact, in a year of record heat waves across America, we’ve had an oddly cool and wet winter, spring and summer. Circle of climate, my friends. But this post isn’t about that. In fact, I’m not sure it’s ABOUT anything. Other than a quick wrap up of loose ends and trailing grape tendrils in the weeks before we start getting serious about processing this year’s harvest.

Might as well tackle first things first: grapes. They are at least two or three weeks behind schedule. Not just here but all through Napa and Sonoma. And they aren’t just late, but like last year, we’re looking at a reduced harvest. Right as we were having “shatter”, rains came storming in causing all kinds of problems which the technically minded can read about here. 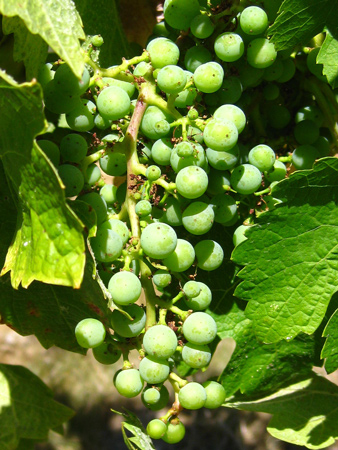 For the non-technically minded, the unseasonable rain and cooler weather is causing a lot of the crop to look like this. 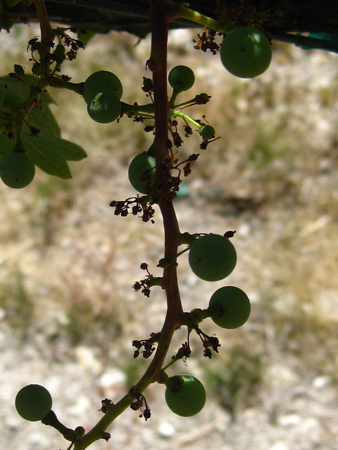 Or even this! Last year, we got only 40% of our usual Grenache yield -- the most affected grape. This year looks to be about the same.

Of course, in the past, volume has never been our issue, as our Stone Age methods barely let us keep up with the yield we did have. (And we have relatively young grapes which have not yet reached the stage of maturity where the yields and flavors are optimal.) 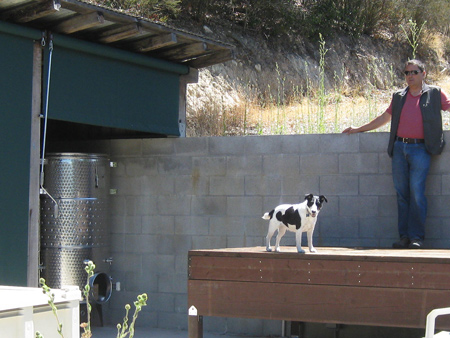 But we were hoping to rise to the challenge with our newly revamped crush pad.

If you are interested in learning how we’ve retooled to get ourselves out of the Barney Rubble style wine-making, I wrote about it here. But big harvest or small, we’re thinking this year’s wine making is going to be a lot easier on the back and joints than past endeavors.

Well back to that weird weather. It’s also affected the produce at Flying Terrier Farms. We’ve had massive vegetative growth, but very little ripe produce so far to show for it. We have a veritable tomato jungle, but no ripe tomatoes yet. 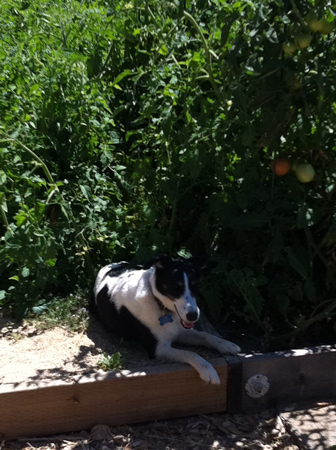 However, terriers are finding the shade welcome.

The terriers are also liking my corn that is just now coming ripe. Sadly, the rain has caused the stalks to shoot up tall but without much strength. 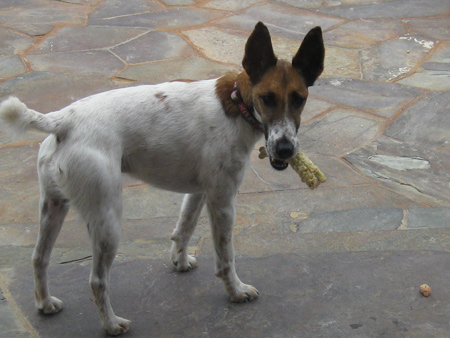 But Oscar says it's still sweet and corny. Even if he only gets the chewed on cobs.

My watermelons are getting huge. The only problem: I planted Ice Box Watermelons which are supposed to be small and sweet. 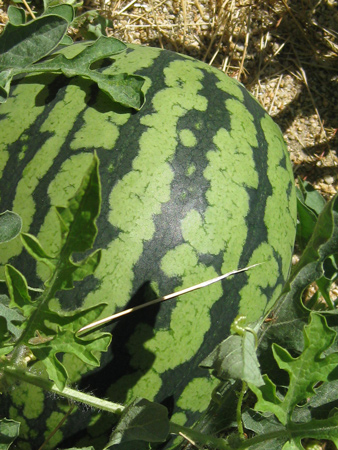 So far, these suckers are not super tasty and sweet. I think they got hybridized somehow as they also have seeds, but are supposed to be seedless.

Now, my lack of much produce could be a function of the fact that I went to Mexico and neglected everything for nearly a month. But I’m blaming the weather. That’s my story and I’m sticking to it.

Meanwhile, John the Baptist and his crew have taken over the poor orchard that has never produced anything. They’ve cleaned, pruned, mulched and pampered. 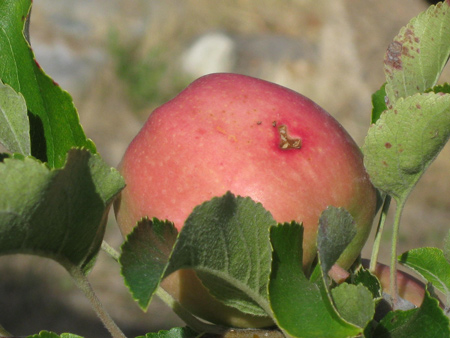 This year I'm getting Pink Lady apples. This one was pecked by birds, so I tried it. It's far from ripe but already sweet. 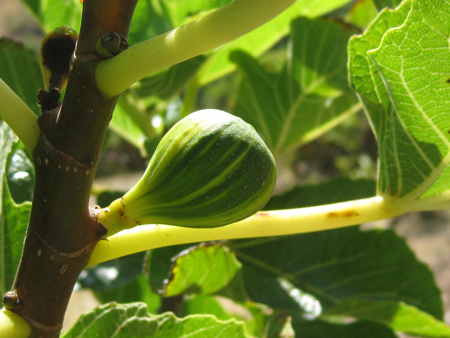 Not to mention, two different types of figs.

And to update you on a past harvest: John the Baptist found some native California hazelnut trees on our property and harvested a passel of them. Which the ultimate hunter/gatherer, Cousin John, immediately made into his Frangelico Hazelnut Liqueur. 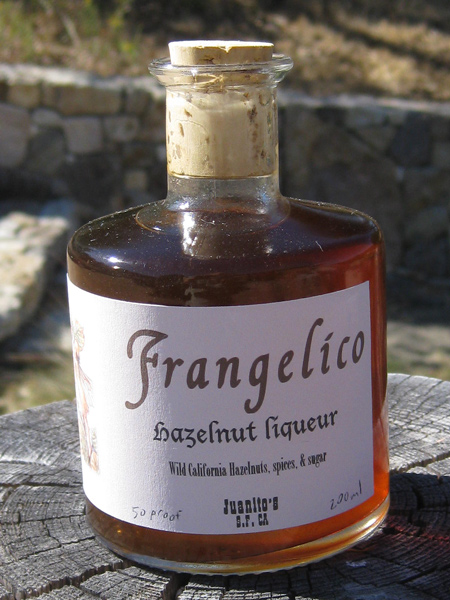 JtB has planted some native elderberries with Cousin John in mind, so we may see some Elderberry Wine showing up soon.

But the first “product” slated to be processed: verjus. We’re just waiting for véraison that magical moment when red wine grapes start turning from green to red. That’s when you pick the grapes for verjus. 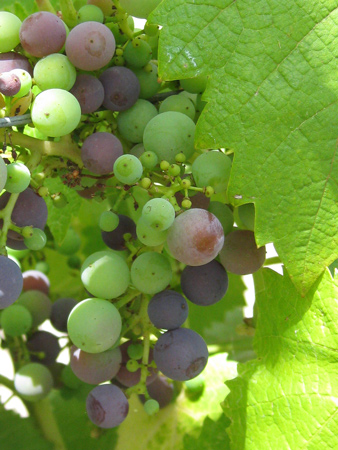 So far only a few grapes on the end of Mourvedre and Grenache rows are showing color.

We’re waiting on the Cabernet, which ripens later. Stay tuned.

Note: The top photo shows the exact row that separates the Mourvedre (upper grapes) from the Grenache (lower rows). The observant will see how very different these two varietals are.