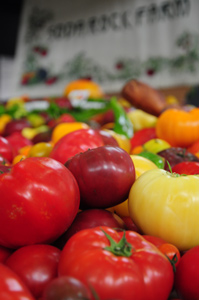 One great thing about trying to learn all this farming stuff in Sonoma…well, it’s pretty much Ground Zero for all things sustainable, heritage and back to the land. So, the Sonoma County Fairgrounds were a given as the site of the first ever Heirloom Exposition, billed as the World’s Pure Food Fair. Today was opening day and I was there banging on the door just as they were opening up at 11AM. There are always glitches in the “first ever” anything, and the Heirloom Exposition seems to be still figuring out what it wants to be. Is it a hands-on symposium for the already sustainable? Is it a teaching fair for the novice? Is it a sustainable trade show? Is it a sustainable, heritage alternative to the typical county fair? It was a little bit of all these things and not really fully any of them. Based on the array of heavy hitters and big names they corralled as speakers, the number of pretty advanced workshops and the impressive sponsors (including Whole Foods, Amy’s Organics and just about all of the top seed banks in America) I’d say this first iteration was definitely for the initiated. But given my experience, as a total novice wandering around seeing what I bumped into, there was enough for the beginner or casual backyard gardener. I predict, in future years, the fair will expand to cover both ends of the spectrum.

But for now, I’d say the fair is definitely for the experienced gardener who is already knowledgeable about sustainable farming. Which is not to say I didn’t have a great time. One of the best things about the Expo — something that will probably diminish in coming years when this thing really takes off — is the unprecedented access you get to everyone who is anyone in the sustainable, heritage, traditional farming/gardening movement. The owners of Baker Creek Seeds, Terroir Seeds and a lot of other major players were all manning their booths or working the crowds. While others were asking knowledgeable questions about angiosperms and open pollination, I could only ask lame things like, “Hey, did the Indians grow this kind of squash?” Still, I got my questions answered by some pretty legendary people in the field. And I didn’t even venture into the symposia, workshops and films and discussions. 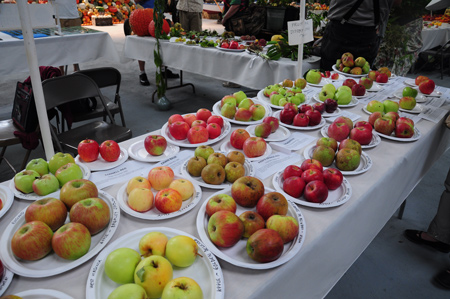 Thinking of growing apples? You could touch, smell and feel (but not taste) various heirloom varieties before you chose your seeds. 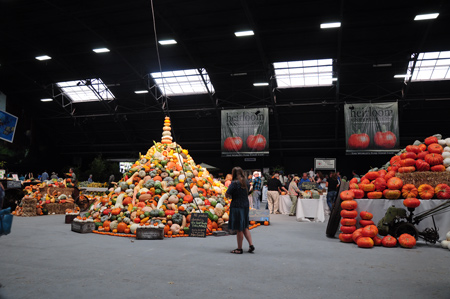 This was just ONE of what I called "the touchy feelie areas". Where seed companies let you check out the produce before you bought the seed.

So don’t expect any deep insights from me. Just a hearty recommendation to get yourself to Santa Rosa in the next two days if you are anywhere in the neighborhood.

As a novice farmer, I’d say one of the highlights for me was how so many of the seed companies had huge displays of their produce so you could see, touch and smell the final product, then purchase the seeds. If any of you remember my many misadventures with mystery melons and strange tomatoes that never matched the expectations set by the seed packages, you’ll understand what a big deal that was for me. And you’ll understand why I really enjoyed some of the smaller players at the show. So now I need to give a shameless plug to Seed Dreams, my favorite seed people there. They spent a lot of time answering all my questions and picking out the best corn seed for my Sonoma climate. 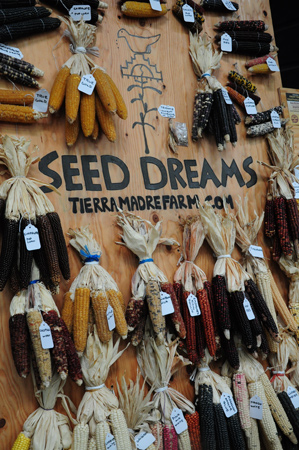 Then I got kind of overwhelmed with seeds and all I didn’t know about gardening and drifted off to the heritage livestock area. Oh yes, they had one. And judging by the reception, I’m predicting they will expand this area in future shows. 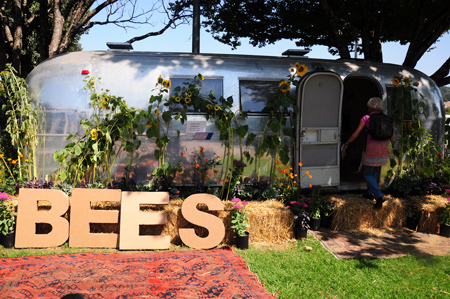 Loved the bee education center that was wisely and stylishly housed in an airstream trailer. 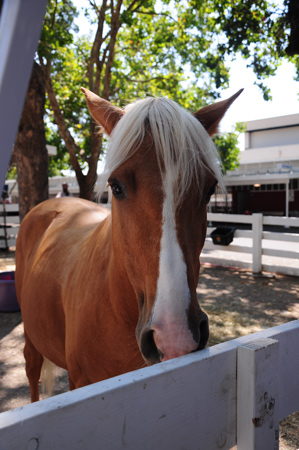 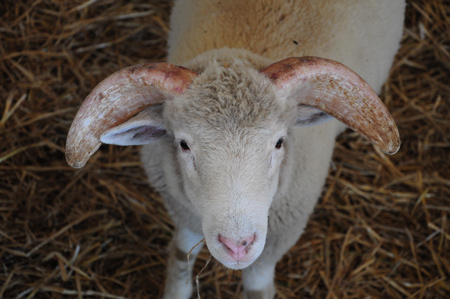 And several heritage breed of sheep such as Navaho Churro and this cute Horned Dorset. 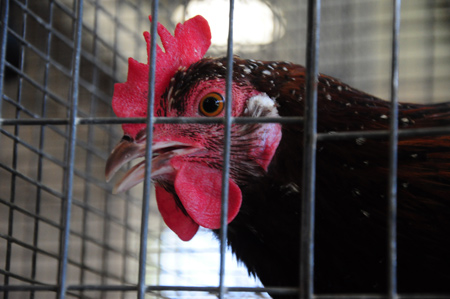 The heritage poultry exhibit was fantastic. Especially if you wanted to know which roosters were the loudest. (Hint: Buff Orpingtons) 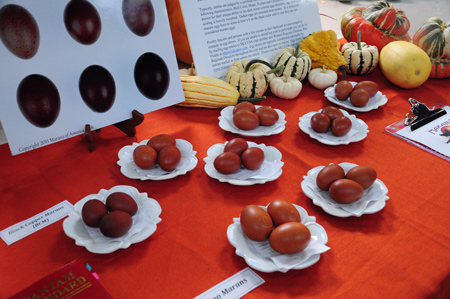 Which sent me scurrying back to the "touchy feelie section" to see the size and color of each respective breed's eggs.

There was so much more that I can’t even process yet. But I will say, the catalog and show directory was probably worth the $10 price of admission. I’ll be using that as a reference for sustainable, heirloom resources for the next several years. Just one lingering question: why do so many associated with the sustainable, heirloom movement feel they have to abandon regular grooming? 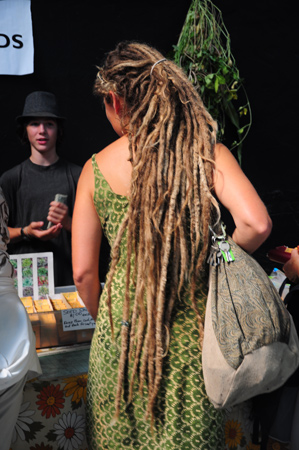 It's been a long time since the Sixties and Alice Waters has made heirloom produce mainstream. I think we can lose the dreads at this point.

All my photos of the event are here. 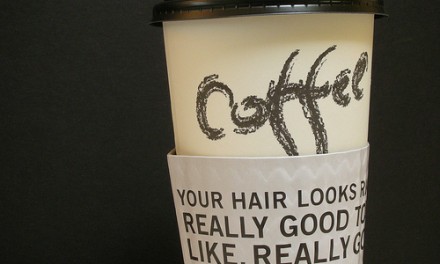 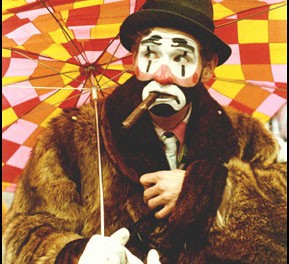 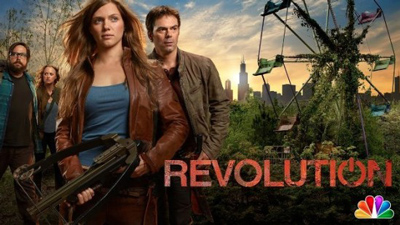