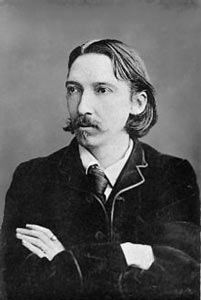 In preparation for our trip to Edinburgh, I started reviewing museums I might want to visit. I came across The Writers Museum, which I assumed would be heavy on the Sir Walter Scott and Robert Burns. Imagine my surprise to learn that the museum has a major display on Robert Louis Stevenson. Oh sure, we knew in the back of our minds that RLS was born in Scotland, but those of us in Napa and Sonoma Valleys have always called him one of our own. See we’ve got two museums dedicated to him, several houses notable because he stayed there, Robert Louis Stevenson State Park and a big sign welcoming you to Napa Valley with a Stevenson quote on it: “The wine is bottled poetry.” Oh yes,  Bob, as we think of him, may have been born in Scotland. But he CHOSE to come here.

It all started when he took up with an American divorcee. Then there was that pesky tuberculosis. Both of which, led him to think a trip to San Francisco might be just the thing. That’s where he reunited with Fanny Osbourne, the aforementioned divorcee. Cut off from his family money and in failing health, he hit on a two pronged solution. He, Fanny and her son would travel up through Sonoma and Napa to an abandoned mine just above Calistoga and stay there for free. Along the way, RLS would write about their travels in the hopes that he could sell his writing and gain some income. 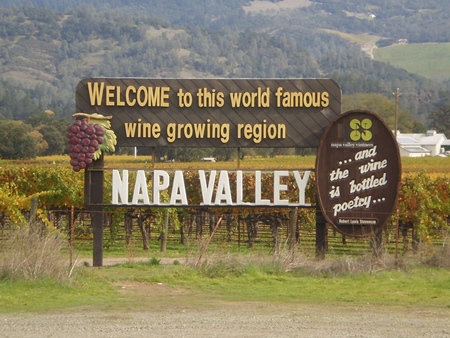 When Robert Louis was one of the first to say such nice things about the local wine, you can bet we quote him a lot around here.

Success on both counts. The Silverado Squatters wasn’t his first published work, but, in my humble opinion, it’s his best early work. As you can imagine, the road from San Francisco through Sonoma and up through Napa was filled with loveable and not so loveable eccentrics. His descriptions of the landscapes and the winemaking are so vivid, if you walked the Silverado Trail today with the book in hand, you’d probably find a lot of familiar places and even wineries with familiar names. In fact, he spent a lot of time tasting wine on that journey, leading to that quote you’ll now see at the county line between Sonoma and Napa. Even better, many of the sketches and landscape descriptions in The Silverado Squatters and in his notebooks of that time eventually found their way into Treasure Island. Yes, we know the model for the actual Treasure Island was somewhere between the Outer Banks of North Carolina and the Bahamas. But, if you read some of the landscape descriptions, you’ll definitely recognize Sonoma.

If you are on the hunt for old Bob, you’ll find a diorama of the mine shack where he and Fanny passed that memorable summer at The Sharpsteen Museum in Calistoga. Just a few miles further north, you can go visit the actual site of that mine shack at Robert Louis Stevenson State Park. Then turn south to find his writing desk and more memorabilia in St. Helena at The Robert Louis Stevenson Silverado Museum. Along the way, you’ll find guest houses, restaurants and roadside stands that all bear the name of a writer that we’ve always called ours.

All this got my thoughts turning — as they always seem to be turning these days — back to our turtles. I told you earlier how our own Lake Charles (named after our dearly departed Founding Terrier) has become a sanctuary of sorts for the nearly endangered Pacific Pond Turtle, the only freshwater turtle native to Northern California. So successful was a capture and release program here, that the four turtles we were given are surviving and thriving. Then one day, a fifth one showed up. We don’t know where he or she came from, but he or she has taken up permanent residence here. We had a policy of naming our turtles, natives as they are, after local tribes or Native luminaries. So we had the gals, Miwok and Pomo, and a sickly male we named Captain Jack in hopes it would buck him up. He didn’t make it. He was replaced by two new males, including a small one we named Suisun, after another local tribe. The large male had to be named Solano, after a local chief, rumored to be seven feet tall, who was baptized at Sonoma Mission and was a great friend of General Vallejo.

But what to call this new turtle? We’ve run out of local tribal names. And we’re not even sure if our newcomer is a boy or a girl. But the answer seems clear. He or she isn’t from around here, but chose to show up and make the place his own. Who else did that? 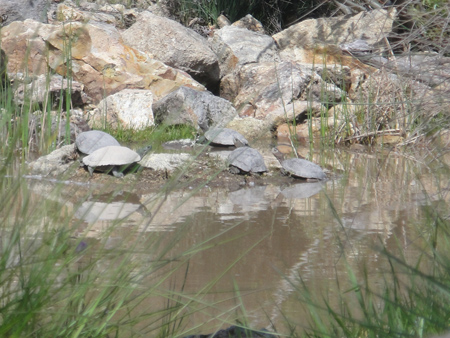 Yes, we're all turtled up around here. The big black male to the left is Solano, near him is the other male, Suisun, the two gals, Pomo and Miwok are to the right. And in the middle? Gotta be Stevenson. 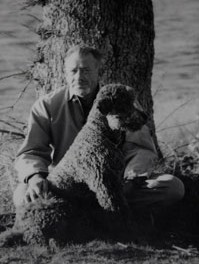 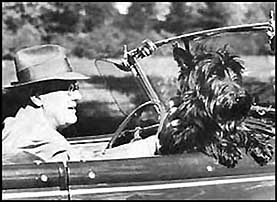