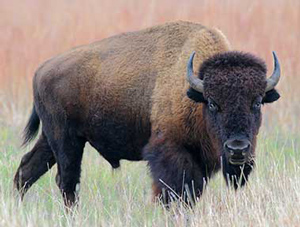 I haven’t really mentioned that for the past school year, I’ve been tutoring kids in the local Middle School. Those adventures are fodder for another post. But just by way of background, I’m in a never-ending struggle to find reading passages and lessons that are interesting to my kids. At some point, I realized the available reading exercise books I’ve been buying were boring even to me. So I started trying to write lessons based on what the kids said they were interested in.

Which is how I found myself writing a short history of the Buffalo Soldiers — sparked by the fact that several of the kids love Bob Marley’s music, so far, our only Pop Culture common ground. I thought I’d start by letting them listen to the Marley song on my iPhone while they read the lyrics. Then we’d read about the legendary all Negro regiments. The Marley part went great, but we got bogged down when the kids started reading how the Native Americans the Buffalo Soldiers were sent out to fight named the troops after their revered buffalo, a testament to the Native regard for the bravery of the troops and perhaps their belief that their dark curly hair made them resemble buffalo. I couldn’t figure out why my ripping yarn of a history lesson wasn’t resonating. Then a terrible thought hit me:

“You kids DO know what a buffalo is, don’t you?” Blank looks.

I found an encyclopedia with colored pictures of buffalo and we were somewhat back on track. But I was left with a profound sadness. When did the buffalo stop being the enduring symbol of the mythical West? 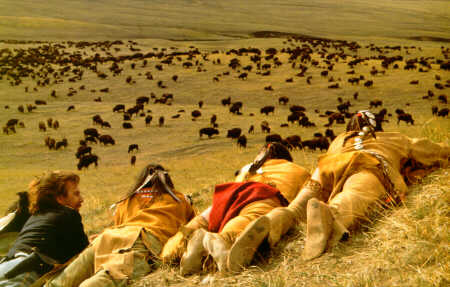 Okay, yes, Dances with Wolves. But it did feature loads of buffalo -- none of them CGI.

Granted most of my kids are new immigrants from Central America, so it’s not part of their mythology. But I remember living and traveling in Europe, where I was constantly asked about three things: 1. Had I been to the Grand Canyon, 2. Did I know any cowboys and 3. Had I ever seen a real buffalo. Especially in Germany and Central Europe — probably as a result of Karl May, the Zane Gray of the Germanic speaking world — the standard Western icons were the perceived image of the American West.

But these kids had no idea. They’d never seen Dances with Wolves — or any other Western that featured buffalo as a plot device. I was under no illusion that they had ever held a buffalo nickel. They stopped making them decades before my grandfather started seeking them out and saving them for me. Several years ago, when hunting for some interesting cufflinks for Andy, I was thrilled to find some made with buffalo nickels. The chirpy young sales clerk helpfully offered: “You should totally get these. They are made with buffalo quarters.” Kids!

But the buffalo nickel proves my point. When the designer of that coin was interviewed in 1947, here’s how he explained his design choices:

Well, when I was asked to do a nickel, I felt I wanted to do something totally American—a coin that could not be mistaken for any other country’s coin. It occurred to me that the buffalo, as part of our western background, was 100% American, and that our North American Indian fitted into the picture perfectly.

Exactly. Is there anything more uniquely American than the American Bison that we mistakenly call a buffalo? Oh, we have lots of things that were unknown to the rest of the world before Columbus. But who remembers that things like tomatoes and corn are uniquely American? Most people think the Italians have been cooking with them since Roman times. But nobody else nowhere else has herds of bison. We hardly have them any more. But I thought they lived in the collective unconscious when anyone said “American West.” 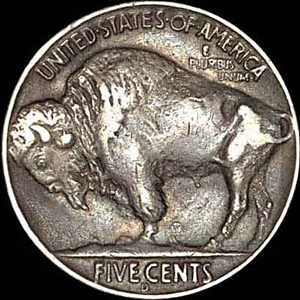 Am I really revealing my age to say I remember when you could still occasionally find a buffalo nickel?

And for heaven’s sake, we even have a small buffalo herd here in Golden Gate Park — which, by the way, helped revive the breed when it had been driven almost to extinction.

I’m left with a profound sadness. I’m not sure I feel comfortable living in a world without buffalo. I certainly don’t want to live in a world where the myth of the buffalo is no longer the automatic American symbol.

Buffalo are notoriously dangerous. More Yellowstone visitors are injured by buffalo than by any other wild animal there. Don’t even think about outrunning one. They can reach speeds of 35 MPH and sustain it for longer than a horse can. So I can’t really justify keeping one in Sonoma.

I’ll have to replenish that part of my soul that needs the buffalo with a small field trip out to see the herd in Golden Gate Park. And my kids better be ready for the next tutoring session. It’s going to be more than they ever wanted to know about the American Bison. I hope when I’m done there will be one small corner of James Lick Middle School in San Francisco where the buffalo is forever the predominant symbol of the American West.

Buffalo picture at top of post: © James Ownby: My View of Nature