By now you may have read the news today that the snake-handling Pentecostal minster, made famous in The Washington Post, died from a rattlesnake bite during one of his services. While I don’t want to disparage anyone’s religious practices, I can’t help feeling a man of such strong faith could have demonstrated that faith in more productive ways. And I can’t help wondering how much he had to provoke the snake to the point where it gave him enough of a venomous bite to kill him. See rattlers are usually pretty careful with their venom. If they waste it on you — and they do know that you will never be a meal for them — they are going to have a long hungry spell before they can manufacture enough to immobilize their next dinner. So, at least in Northern California, the majority of rattlesnake bites are non-venomous or include just enough venom to give you a good warning. The moral of this story, folks, is that if you stay alert for rattlesnakes and leave them the hell alone, everyone should get along just fine.

So far, this policy has worked well for us. We keep the grass cut short near where we or the dogs will be walking around. We spray organic rattlesnake repellant around buildings and the woodpile. And when we find a rattlesnake hanging around too close to our areas, we practice catch and release. The result so far has been that our rodent population is completely under control — even during times when the rest of Sonoma Valley was awash in vermin. 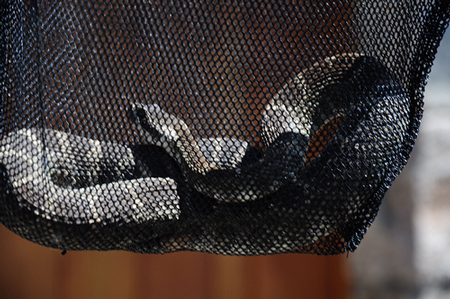 So far "catch and release" has worked well for us. This was a 6 button rattler who got too close to the garage and was located to the deep brush. 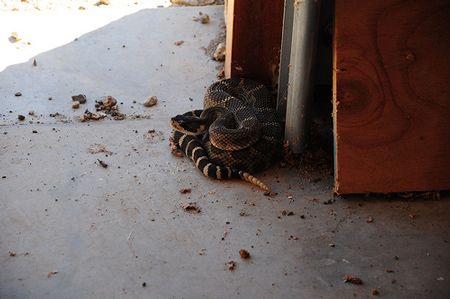 This guy is in defense posture. And they can strike out pretty far, so you don't want to go messin' with a rattler like this.

We were actually starting to feel a little too smug about our Snake Detente. But the one thing you mustn’t do with Rattlesnakes is take them lightly. At about the time news was hitting the Internet of Pastor Randy “Mack” Wolford’s fatal bite, Louis came up against one of the few snakes that hasn’t turned tail and slithered away when he started using power tools. Instead, this guy slithered out to where Louis was working and bit his pant leg.

Luckily, John the Baptist was on hand and just happened to have a loaded rifle at hand. As the snake reared back for another strike, John blew his head off. The snake’s head, not Louis’s. Although, I’m not sure I’d want even as good a shot as John shooting at me with a rifle, even if a snake were threatening me.

Here’s the bizarre part. For about an hour after our Western hero’s bullseye shot, that decapitated snake kept writhing around and trying to strike. And what’s that they are always telling us about a clean shot to the head stopping Zombies? Apparently not Snake Zombies.

Here’s the video for the strong of stomach. 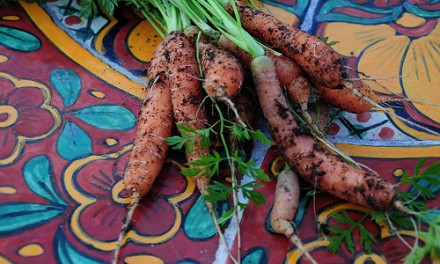 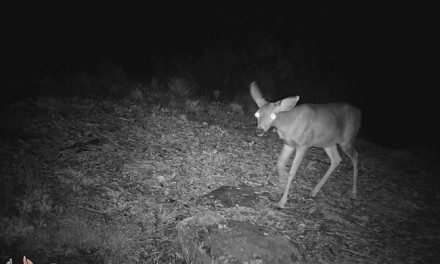