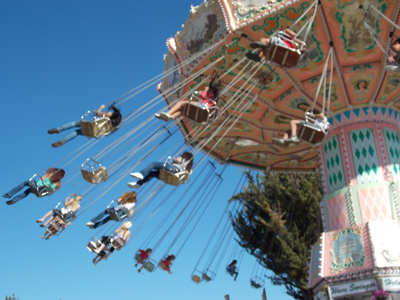 Holy Funnel Cakes, Batman. The Sonoma County Fair ends this weekend and I’ve only attended twice. That’s a shockingly poor showing for me as I consider myself one of the foremost experts on County Fairs. Especially those held in Sonoma. Think about it. Haven’t I, over the years, brought you insights to this fair that you would never get from another source? There was that Almost Foolproof Betting Systems for County Fairs. It involved an eight-year-old and you’ll note I said “almost foolproof”. Still, a breakthrough in Fair Analysis. Then there was my unprecedented discovery of the undeniable correlation between the cuteness of the 4-Her or Future Farmer and the prize-winning ability of his or her livestock. Not to mention my coverage of the first ever Heirloom Exposition — which I intend to explore further this September. No, the only way I could go more in-depth on this subject would be to enter some of my produce or food products into the fair. This was actually the year that was supposed to happen, but a series of unfortunate incidents prevented me from competing. Still I coulda been a contender.

However, these setbacks, which will be discussed in a future post, will not stop me from offering more Fair Insights. The first of which is that I shouldn’t have invoked fried dough in the very first sentence of this post. Because, Insight Number One is:

1. Unlike most county fairs, it’s actually hard to eat unhealthily at the Sonoma County Fair.

Oh, if you look hard enough, you can find funnel cakes. The stand is stuck in the worst location next to the main rest rooms. Pride of place at Sonoma’s fair is reserved for the many organic, heirloom, sustainably grown, humanely raised, dog-gone good for ya food for which Sonoma is so rightly famous. Want wine? It will be Sonoma’s finest. Looking for a beer? It will probably be an artisanally crafted quaff from one of the many county microbreweries. 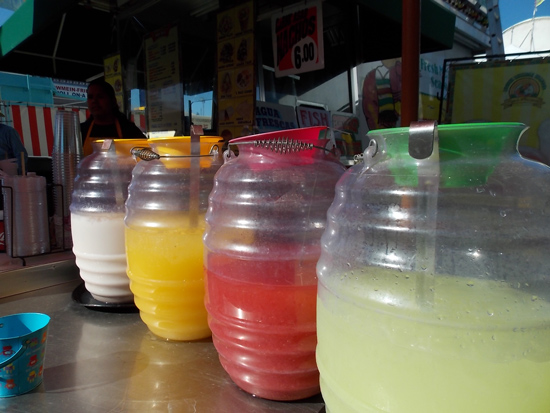 Hankering for a soft drink? You’re more likely to find agua fresca — that Mexican treat of cold water sweetened with fresh fruit. I recommend the Mango. 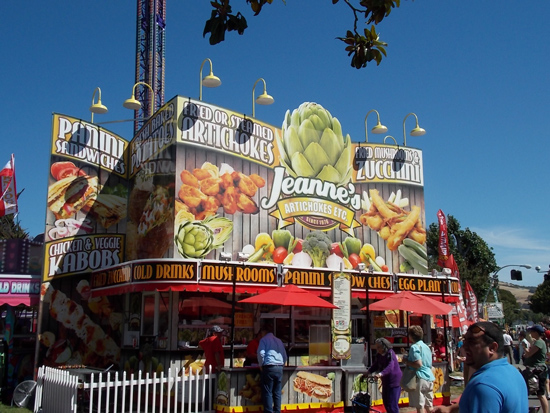 What little fried offerings there were at least started their day as vegetables. And you had the option to have them steamed. 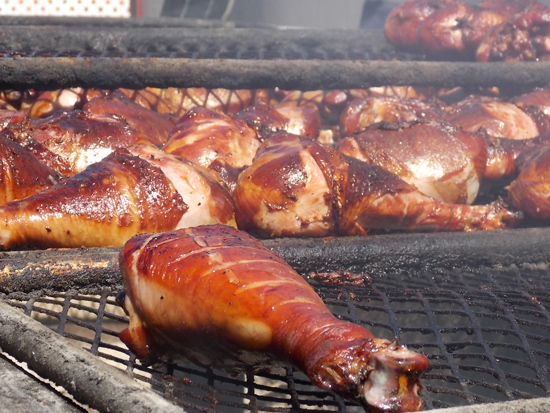 And who can bypass the famous Willie Bird drumsticks from Sonoma’s own hormone-free, free-range, heritage breed, badass turkeys out at Willie Bird Farms?

2. The Fair is rigged so everyone wins.

Here I’m relying on my uber-crafty friend Susi, who is no mere “Mom who Knits” but the co-writer of the world-famous Just Crafty Enough blog which hosts their Iron Craft and Project Project Runway challenges. In the latter, she and her partner Kat have been meeting the Project Runway TV show challenge by challenge while designing for Barbie Dolls. May I also add that Susi is the mother to The World’s Most Beautiful Pre-Schooler (previously World’s Most Beautiful Baby and World’s Most Beautiful Toddler). So you know her aesthetic is finely tuned. For those reasons, I only agreed to enter the Craft Pavilion with Susi by my side to bring that Craft Cred that I so sorely lack. (True confession: the only knitted thing I ever made was a pot holder in Seventh Grade and I bribed another kid to finish it for me. I had to do her French homework for two months.)

Anyway, back to the fair. It did seem that if you entered anything, the Fair Committee would make a category for it and automatically award you a ribbon. 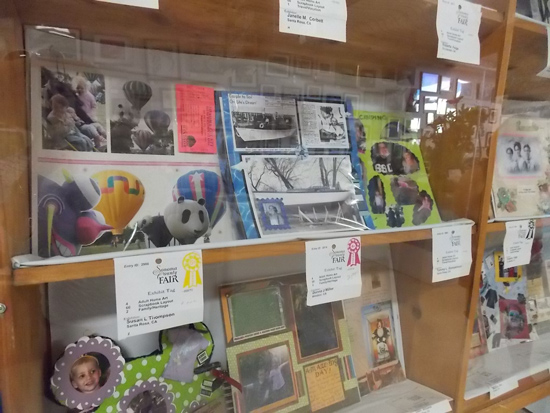 How else to explain how even very dodgy scrapbooking efforts were covered with ribbons?

Susi, who is a master quilter, also noted that there were “many unfortunately cat quilts”. I don’t pretend that I am qualified to weigh in on this subject. 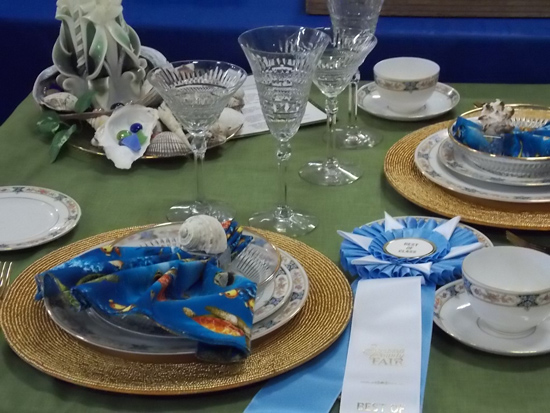 I was just amazed that table-setting is actually a competitive sport and can get you covered in ribbons.

But not being a particularly accomplished baker — as in, I never bake — I was astounded that you could win ribbons for your ineptitude in the “Ugliest Cake Contest”. 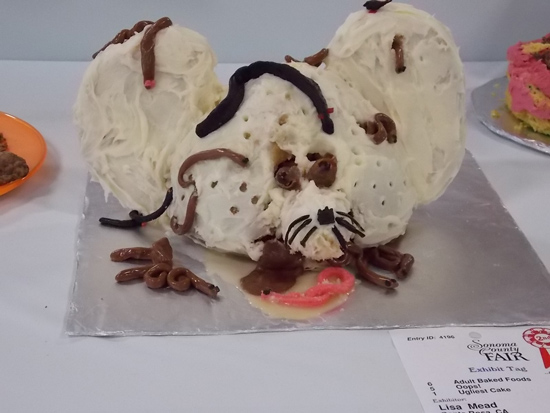 I think this is supposed to represent a mouse vomiting. I don’t even want to know how rodent vomit got associated with cake.

3. My theorem still holds: It Takes a Cute Kid to Turn Out Prize Winning Livestock. 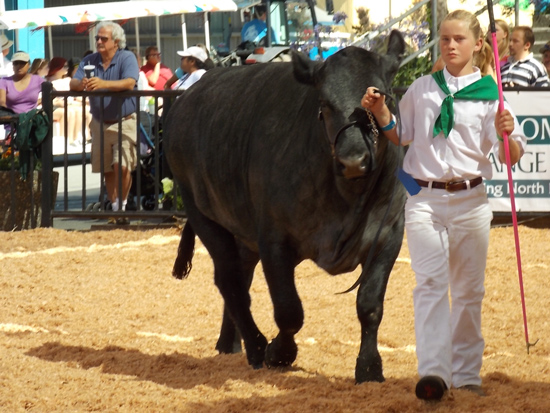 Look for the fresh faced, clear skinned, TV-ready looking kid and, chances are, they are leading in the prize-winning livestock. 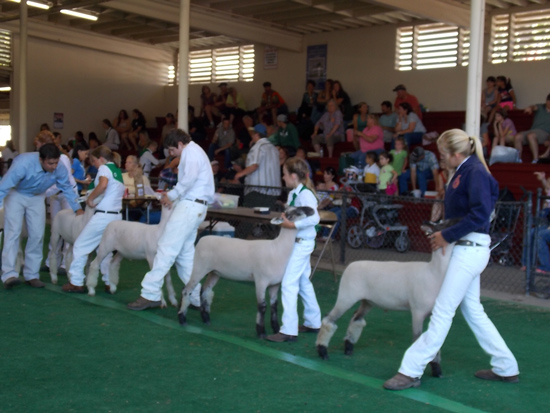 I’m resting my case with the long-stemmed beauty at right who can moonlight as a supermodel when she’s not showing sheep.

4. Fairs are best attended in costume.

This last insight I’m gleaning from the World’s Most Beautiful Pre-Schooler who happens to be my Goddaughter. I’ve mentioned how she was introduced to the symphony on Wizard of Oz night and attended in full Dorothy costume. Well, to the Three Year Old mind: why waste a perfectly good costume on symphonies? So Amelia May attended the fair in full-dress Dorothy. (And appropriate it was if you remember back to the black and white bits where Dorothy is in Kansas.) 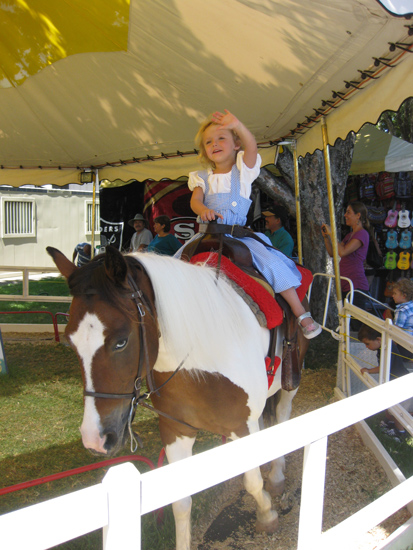 Of course, it helps to be dressed for the runway when your fans are watching you at the pony rides. 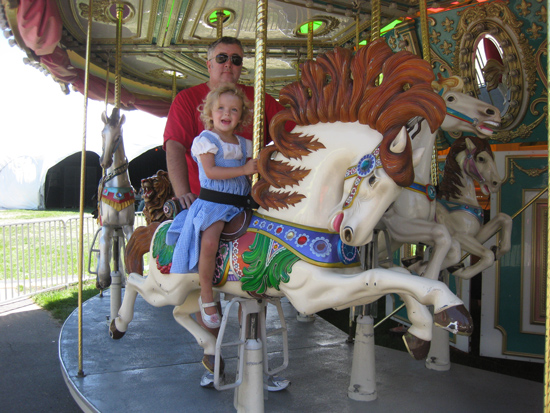 When Amelia switched to “a horse of a different color” I realized all that Country music I’ve been playing for her has paid off. She wanted to ride “the horse with the big hair.” 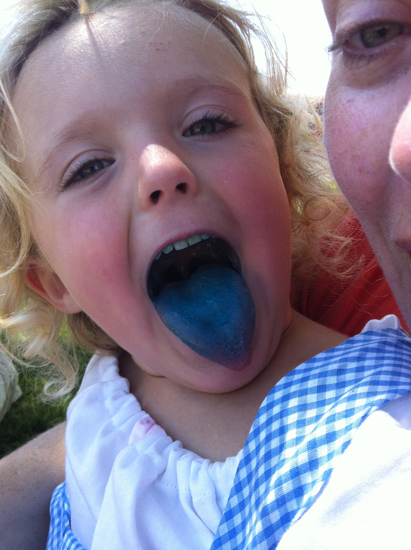 Not to mention that a costume makes it easier to color coordinate your post-Slushie tongue.

Yes, folks, the County Fair is a tricky story to cover. It takes a combination Anderson Cooper, Bob Costa and a lifestyle guru such as Martha Stewart. I think I’m up to the task and I’ll be reporting next year. Or next month, when the Heirloom Exposition gets underway. 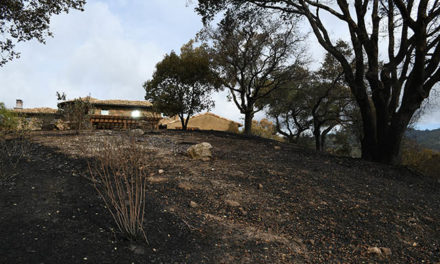