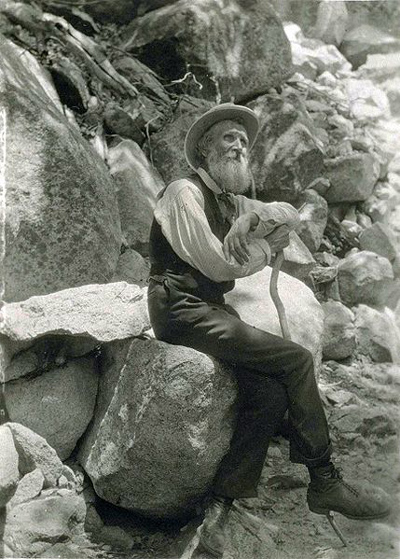 Well, I didn’t exactly spend Sunday night with the original John Muir, but I was in the company of his designated representative on Earth. That would be Lee Stetson. And you’ve probably seen and heard him, too. The originator of several one man shows, most focusing on John Muir, Lee Stetson was the voice of John Muir in Ken Burns’ The National Parks: America’s Best Idea. Sunday, he was at the vintage Sebastiani Theater to present his original one man show on Muir. This one focuses on an elderly Muir who is awaiting word on whether President Woodrow Wilson will block an attempt by certain wealthy interests in San Francisco to flood the beautiful Hetch-Hetchy Valley to create a reservoir for the City’s water needs. Anyone in California knows how that one turned out. But as the fictional Muir awaits the news, he regales his audience with his thoughts on conservation, the majesty of nature and his various adventures in America’s West including riding an avalanche down Yosemite Valley.

One of the things that stuck with me about Ken Burns’ series is a comment by a Native American who notes that his ancestors would have recognized Muir as a shaman — that is an individual who is more closely in tune with Nature than the average man and able to speak for the Earth. The big take-away from Lee Stetson’s one man show is how modern a conservation voice John Muir is. Or maybe we’re just still fighting the same fight he was fighting nearly 100 years ago. The theatrical Muir wryly notes at one point that the trees have a voice, but not nearly as loud as the voice of gold which, when it shouts, can drown out all other voices.

Here, in this photo by David Best, is what Hetch-Hetchy looks like today. Under the water is a beautiful meadow that once formed the dramatic entrance to Yosemite.

Which brings me to a hearty recommendation of Lee Stetson’s show and a suggestion that you seek it out wherever it is being presented. That is mostly in the West and around Yosemite, but he’s taken the show as far afield as Wisconsin and Nova Scotia. Check his website for his latest engagements. If his shows are anything like this limited engagement in Sonoma, they are woefully underpublicized. In the audience, I saw mostly the same crowd of locals who always show up for the excellent live performances that the Sebastiani Theater puts on between independent and vintage movie showings. Just a tip: if you are coming to Sonoma, be sure to see what is playing at the Sebastiani. If you don’t check the excellent local papers The Sonoma Index-Tribune and the free paper, The Sonoma Sun, you probably won’t hear of the schedule unless you check the posters at the local coffee shops. 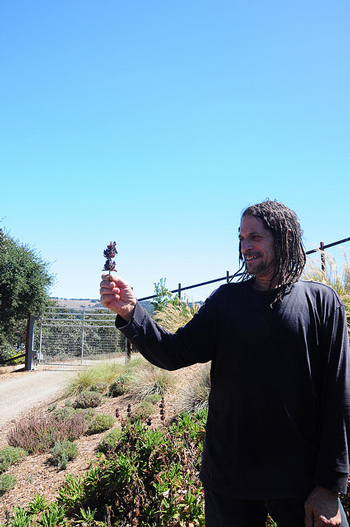 Our John the Baptist may be an original. But if there were 25 of them, I believe we could restore Hetch-Hetchy to its pristine glory inside of five years.

Also under-publicized was that this performance was a fundraiser for the Sierra Club’s efforts to restore Hetch-Hetchy. And can a valley that has been under water for nearly 100 years be restored? The Sierra Club says, “Yes”. Having seen John the Baptist’s efforts restoring native habitat here at Two Terrier Vineyards, I’d say it could be done. In fact John the Baptist is surely the spiritual heir to John Muir. I’m not sure if there are fifty of him in the world, but if there were half that many, I wouldn’t bet against them being able to restore Hetch-Hetchy to its original condition inside five years.

In the meantime, check out this link to find out the plan and how to contact your Congresspeople to get the ball rolling. Does it mean San Francisco will have no water? No, says the Sierra Club. It just means we’ll have to be a little more frugal in our water use. But San Franciscans know how to do that. We aren’t a city of big thirsty lawns and you seldom see people out hosing down their driveways like some I could name (LA, I’m looking at you!) I think we could do it. That’s not much to ask to restore what John Muir called “one of the preeminent cathedrals of Nature”. In fact, he likened the flooding of the Hetch-Hetchy Valley with “turning the Sistine Chapel into a water tank.”

So check the links and make a move for Nature. John Muir would want you to. 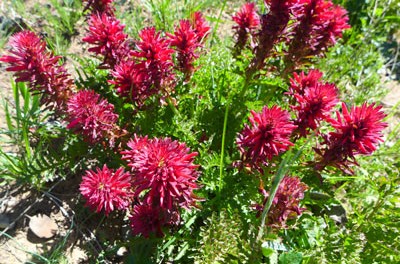 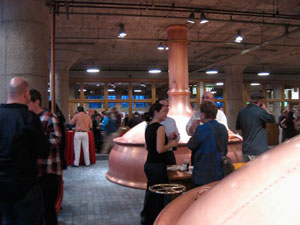