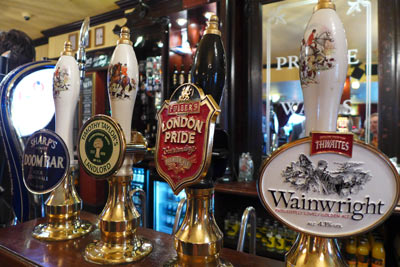 A funny thing happened in London the past three days. First, it’s a three day weekend, a Bank Holiday. Secondly, England, which has been suffering through the coldest winter in fifty years, suddenly got Spring. Instantly. As in one day blizzard, the next day heat wave. I think as a result, three quarters of the population decamped for the sea or the countryside. Because London streets — both above ground and below — have been eerily empty. If the last three days were a movie, it would be called The Weekend the People Vanished from London. We’re fine with that. Emptier streets are all that much better for The Just Hanging Around Tour, which involves no more structured an itinerary than popping in and out of pubs, sitting in cafés and hopping on the Tube at the spur of the moment to go see nothing in particular. In that spirit, I don’t have much of a theme for this post. Just random things seen about London — over a few days when practically no one else seemed to be around.

For instance, did you know that when the Tube is empty, you can have a lot of fun taking silly panoramic shots to illustrate the concept of MIND THE GAP! 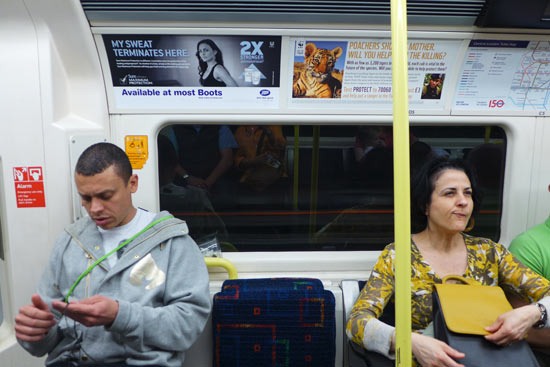 Also, when cars are half full, you can get all Garry Winogrand and take candid shots. If there were more people on the Tube today, I probably would have gotten hit for this.

What few people were in London seemed to have the same idea we did, get down to the Victoria and Albert Museum. 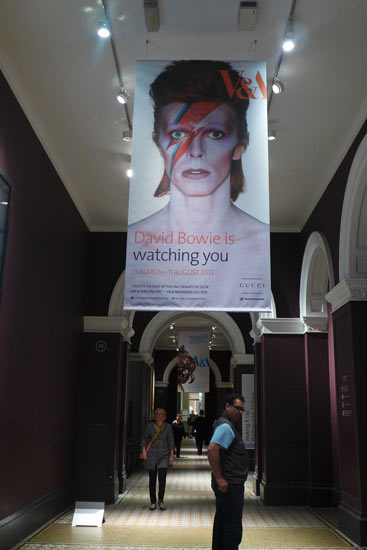 David Bowie was there! 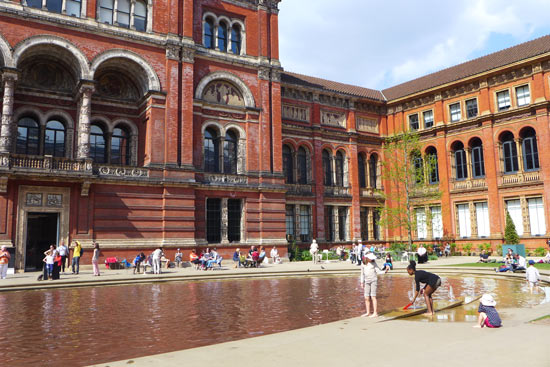 But most people were hanging out in the courtyard and splashing in the fountain. I guess city kids have to find beaches where they can. 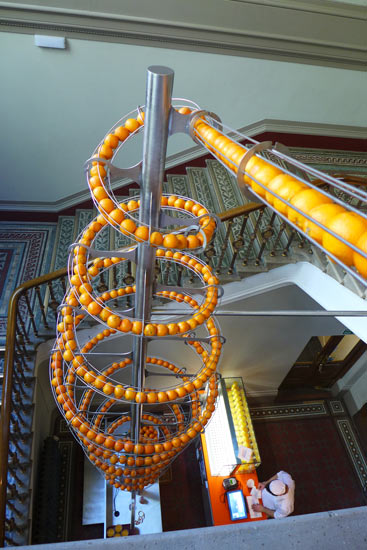 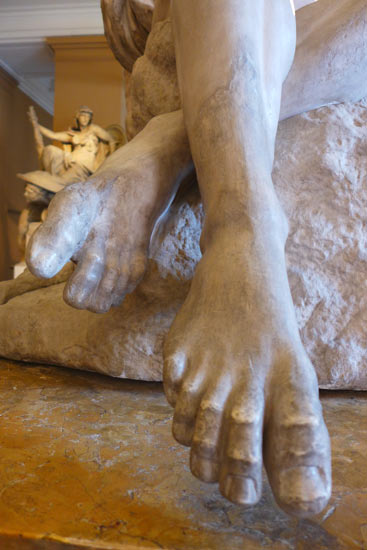 My feet looked just about this bad after tromping around the V&A all afternoon. 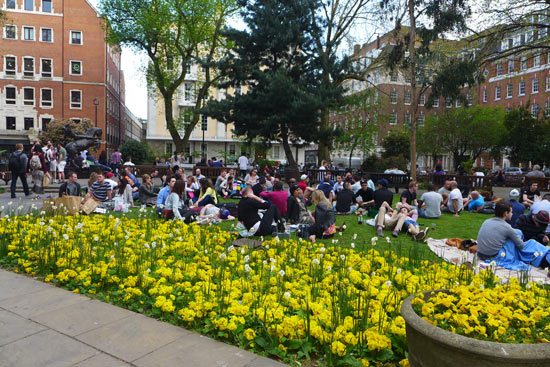 Another place we found people was Soho Square, which I’m renaming Soho Beach. 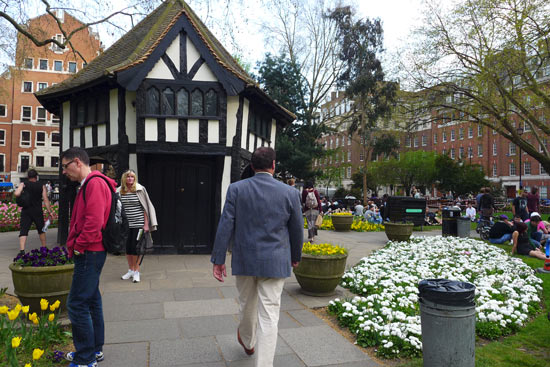 By the way, did you know Soho Square has a strange sort of Tudoresque Hobbit house in the middle of it? 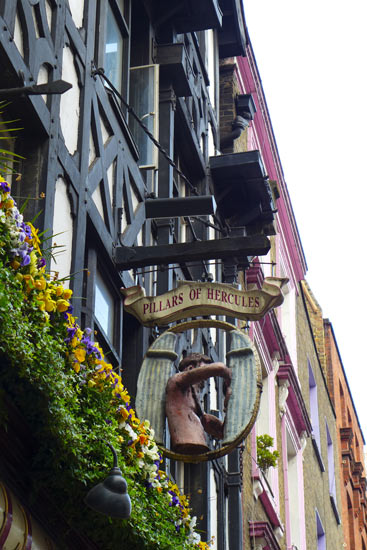 Signs can be very cool in London. Like this one. 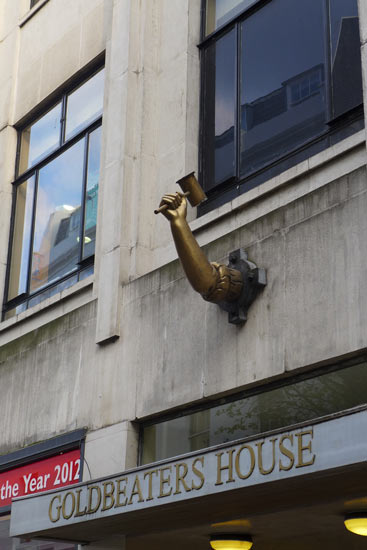 And how about this one? 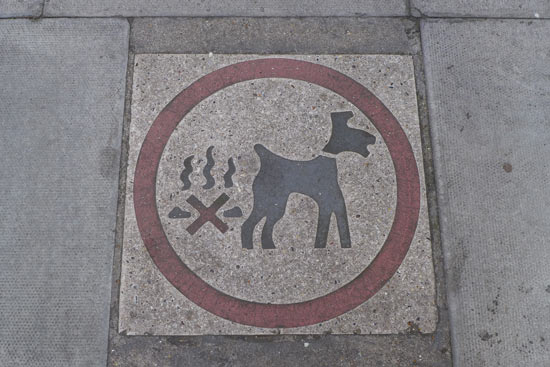 But WTF is up with this one? It’s obviously a terrier. Does this mean no terrier poo? Or just no smelly terrier poo? Or don’t light terrier poo on fire? Or no poo that is radioactive? I may be overthinking ths. 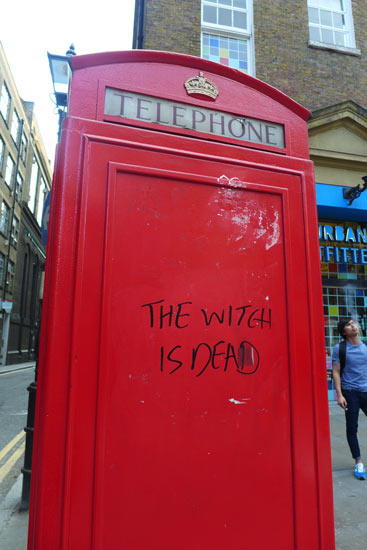 Speaking of signs, these handmade signs are all over London. Indicating that not everyone is broken up about Maggie Thatcher’s departure. 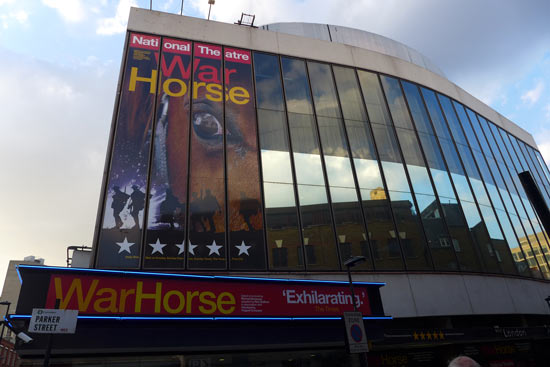 The one thing we did book was this show — which is the one featuring the amazing puppetry. 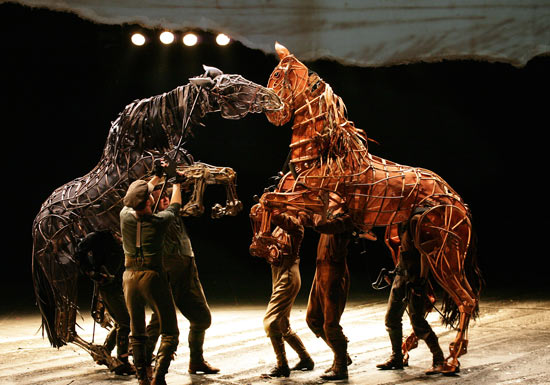 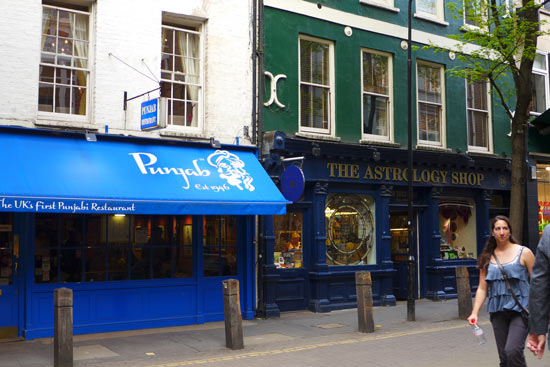 Dining note: Eat at this place after the theater. It’s where all the Indian diplomats who were negotiating the end of the Raj used to eat. Then you can fulfill all your astrology needs next door. 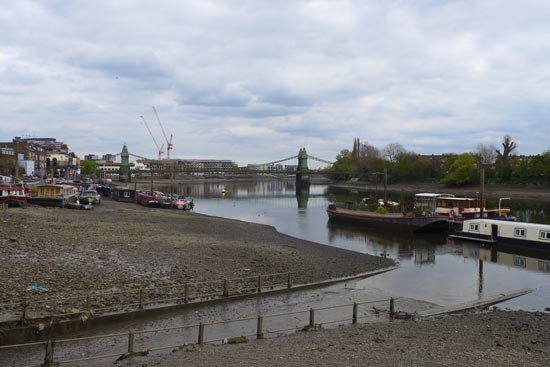 It’s amazing how much you can cram into a day on the Just Hanging Around Tour.

Note: Of course I didn’t take that picture of the horse puppets. There is no photography in the theater. I stole it from the official site. 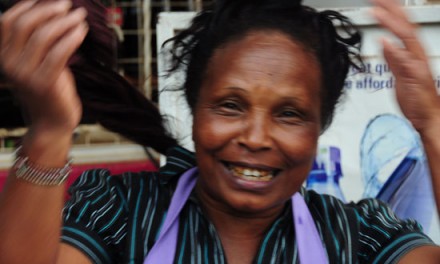 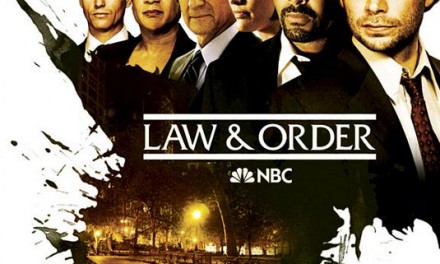 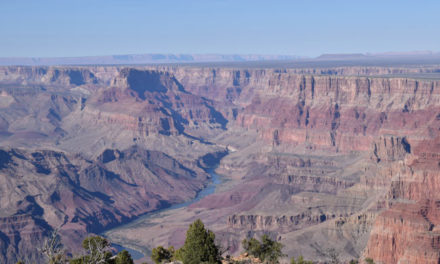