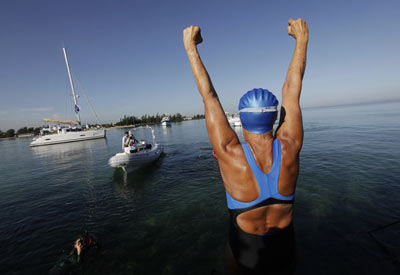 Did everyone see former Olympic medalist Diana Nyad clambering out on that Florida beach after an uninterrupted 110 swim from Cuba — the first person to do so without a shark cage? Oh, and you did catch that she is SIXTY FOUR years old? She’s tried this feat several times in the last several decades, but in a clear case of getting older and better, it took until now to be mentally and physically tough enough to make it. I now propose the English language include a new verb: To Nyad. Let’s define it as meaning to go further, faster and better than anyone expects of you — especially for your age. What an inspiration. And it’s pushed me to do a little Nyading. In recent months, I’ve dropped out of my hiking program and all my resolutions to exercise and get in shape. I’ve got a million excuses. I don’t need to use them anymore. Because Diana has pushed me to Nyad.

Step One: to get back to hiking. Not an easy thing to do in the broiling summer in San Jose. Some of my hiking groups do schedule hikes in the cooler areas such as the Santa Cruz forests, but not often enough. No more excuses though. I’m Nyading. So I signed up for a relatively easy hike on Wednesday. Most of it was a stroll, some of it through the historic streets of the village of Saratoga. But at the end, it did have a relatively quick 1000 foot elevation that took us to a great lookout above the Villa Montalvo. But full disclosure: it was a pretty easy hike of just five miles. That’s okay, I’m actually still in the ramp-up stage to Nyading.

So the first part of the hike had us strutting through the historic district. There’s no way that was Nyading. But we did encounter another urban hiking group coming the other way. We briefly contemplated doing a Jets and Sharks type rumble. 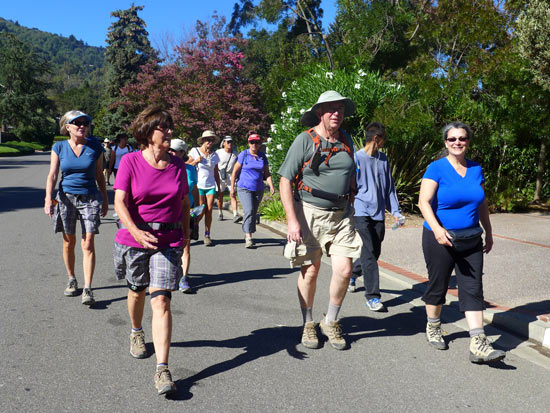 It wouldn’t have been Nyading, but it could have been badass. 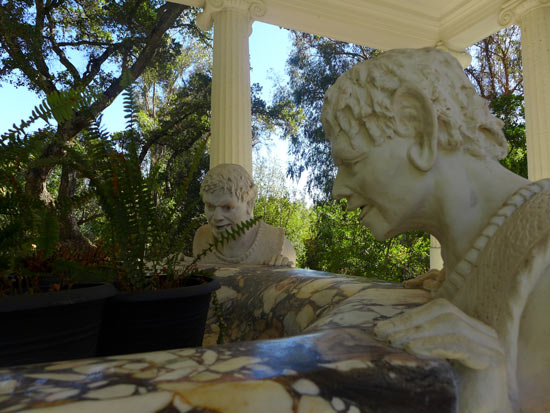 Once on the grounds of the Villa Montalvo arts enclave, we spent about 15 minutes goofing around at the somewhat creepy “Temple of Love”. Which was decidedly NOT Nyading.

However, once we hit the woods behind Villa Montalvo, we had a quick steep climb of 1000 feet to a great vista point.

In hiking, I think an essential component of Nyading is pushing yourself to climb up to where you get a view and feel you’ve reached the “there” there.

So this was not a Nyading hike for me. But that’s okay. My hiking Nyading moment came last spring when I did a fast paced grueling hike in the challenging Henry W. Coe State Park — which serious hikers and mountaineering folks use to train for Yosemite and the Pacific Crest Trail. My goal is to get back there once it stops being as hot as a cast iron skillet. And maybe tackle the challenging Mission Peak hike. Tomorrow I have a slightly longer and more forested hike. As I said, I’m still in the ramp-up stage to Nyading.

Step Two: Work with a trainer to get back into shape. I chose a Cross Fit trainer because I like the idea of a minimalist approach of push-ups and other body weight exercises. Like Navy SEAL training. Except in my case, it’s like sick seal pup rehabilitation at the Marine Mammal Center. Did I mention my trainer? He’s a cute kid — with emphasis on kid — but very serious and conscientious about form and preventing injury. The Nyading portion of my decision had to do with echewing a tony gym for a bare bones Cross Fit gym. Sure enough, it’s full of serious people training for the Cross Fit Games. Which means I’m the oldest person there. By decades.

I asked my trainer if I was his oldest client, because I had a terrible suspicion, I was old enough to be his mother. And he reassured me with, “Oh, you can’t be as old as my mother. She’s almost FIFTY.”

I’m sure he’ll be pushing me into some serious Nyading. Because he’s not taking any of my excuses that older bodies can’t do certain flexibility things. He always says, “We’ll get you there. It might not be tomorrow. But we’ll get you there.” Plus, I don’t think he actually knows anyone my age — so he has NO idea what a two hour plus drive from San Jose to Sonoma with two yapping terriers does to the flexibility of older shoulders. 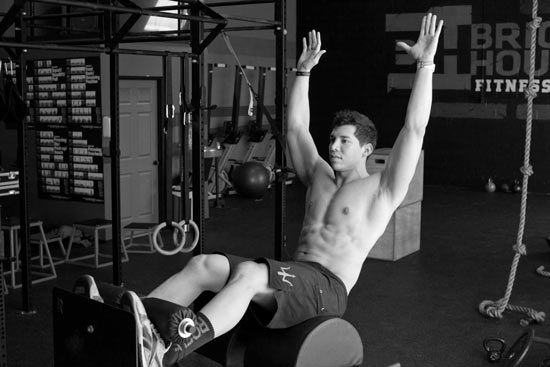 So here is my Child Trainer, Jorge, doing something that I so far can completely NOT do.

However, I’m sure Diana, if I were to ask her how to Nyad, would say: “The goal is to try.” Or as she says in this interview, being “totally engaged in Life”. However, in another interview, I heard her say that one of the things that kept her going through tough patches was continuously singing the theme song from The Beverley Hillbillies. I’ll have to remember that tip. Meanwhile, I’m working my way up to Nyading. To this tune. 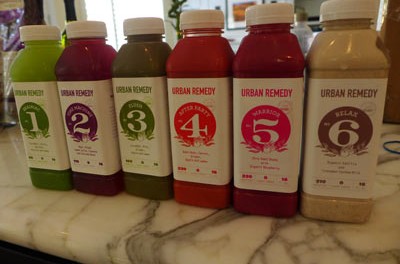 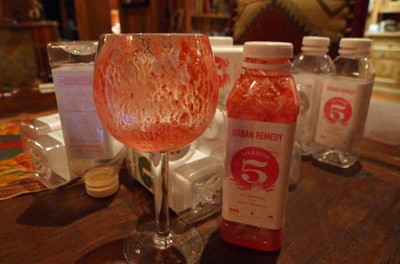