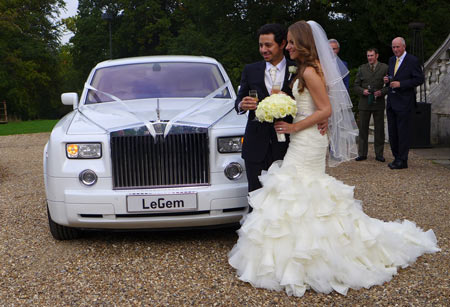 One things the British do better than anyone is weddings. That is if you rate weddings by the number of wonderful large hats and fascinators that show up. Of course, if you grade weddings on the volume of extended family that can be gathered and embraced, you can’t beat an Italian wedding. So imagine a wedding that combines a bride’s British family with a groom’s Italian and Egyptian family. Besides the fact that it was one of our favorite nieces’ weddings, we had to go just for the cultural mash-up. So imagine a wedding that is a cross between a Royal wedding and the Corleone wedding in The Godfather. That’s close to the wedding of Gemma and Leandro.

Of course, months before the wedding I received a sternly worded email from my mother-in-law alerting me to the acceptable dress code and to the fact that hats must be worn at this event. Don’t get me wrong, I have hats. Mostly cowboy hats. And bush hats. And large sombreros I wear for picking grapes. I ran this by my mother-in-law and asked if a cowboy hat would be acceptable. I received a more sternly worded email outlining acceptable wedding wear. Since fascinators are not something easily found in America, I left the shopping for Britain. Luckily, based as we were in Fitzrovia, we were close to all the big department stores where fascinator and hat shopping would be easy. 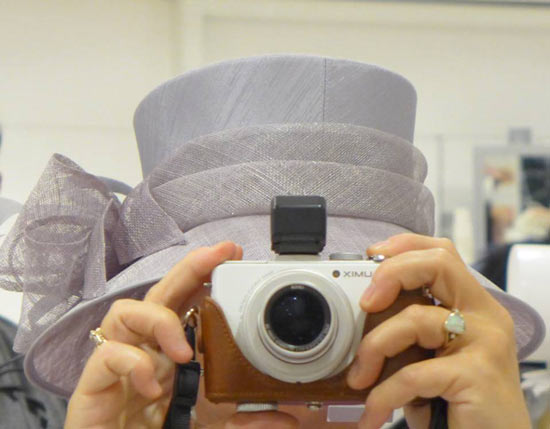 I looked at large hats, but they instantly made me look like the Queen or Camilla Parker-Bowles. Not exactly the effect I was looking for. 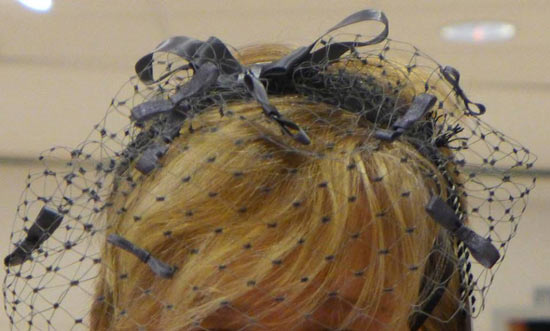 So I chose the “safe” fascinator, which was basically a bit of netting on a headband. 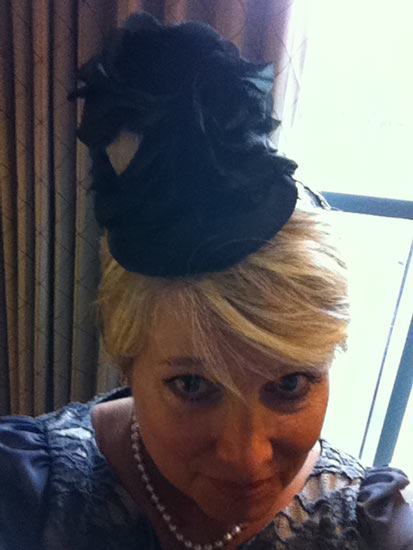 And the more raffish fascinator that my style council dubbed “The Goth Cupcake” which peer pressure ended up forcing me to wear.

Let me say now, the shopping was futile. This is Britain. I was completely outclassed. 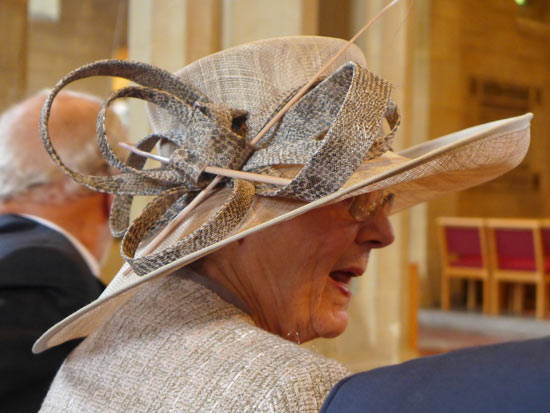 From my mother-in-law’s large and elegant chapeau… 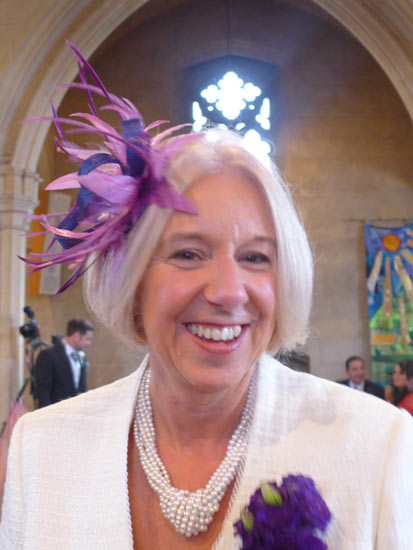 To the mother of the bride’s exuberant fascinator… 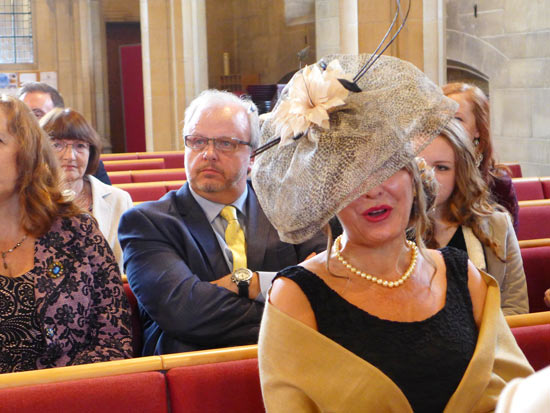 To the many Ascot-worthy hats…

And just a quick diversion here, have you heard that Ascot has banned fascinators? More specifically, they have specified that hats must be worn and that a hat is defined as something that is worn on the head and measures at least 4 inches in diameter at the base. (Whew! My fascinator meets those criteria, so I’m set for when the Queen calls me up to join her in her racing box.)

But I digress. At this Royal Wedding, apparently the groom’s side, which was largely Italian — as in directly from Rome — and Egyptian, did not get the memo about the fascinators and hats. Actually, not a problem, because, other than in the realm of hats and fascinators, you aren’t going to beat the Italians in bella figura. Which means STYLE. And STYLE in all capital letters. 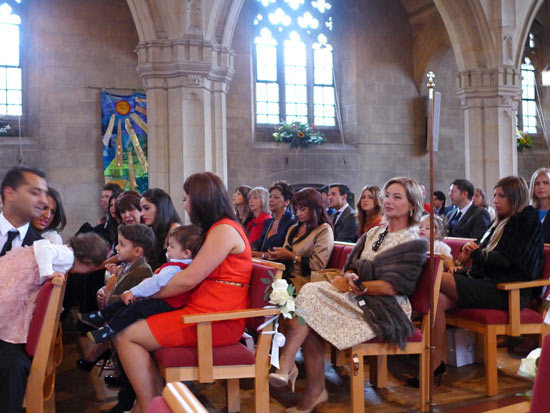 But no self-respecting Englishman is going to let Italians win without a fight. 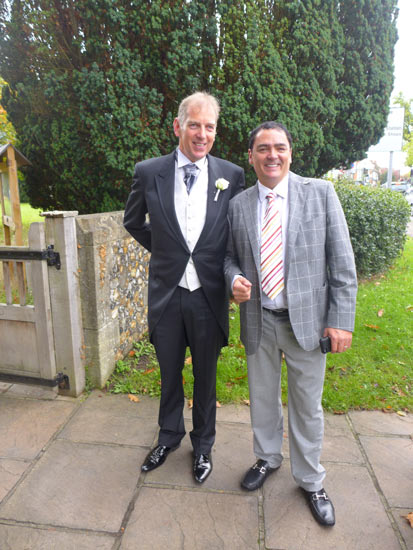 So the Brits countered with a particularly dapper father of the bride and his equally dapper bruv (Andy). 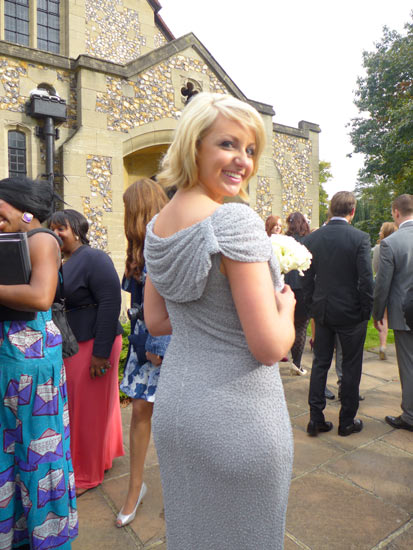 Not to mention the Maid of Honor’s shapely rear view — which we know from Pippa Middleton’s example is something British weddings can deliver. 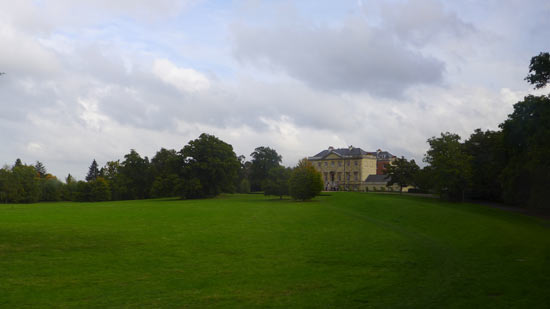 Did I mention this was all held at a stately Surrey manion? That tips the scales to the British side. 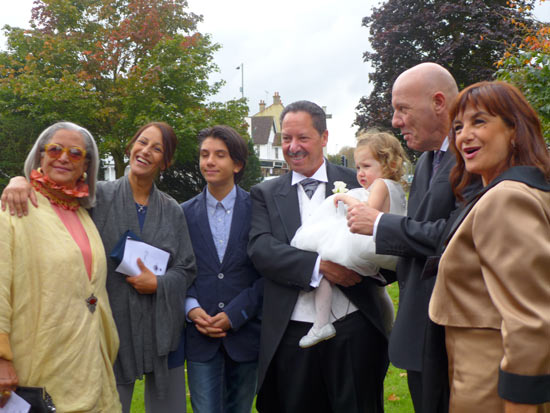 But the Italians countered hard with a lot of style and a lot of cute babies. (Note father of the groom holding the toddler.) 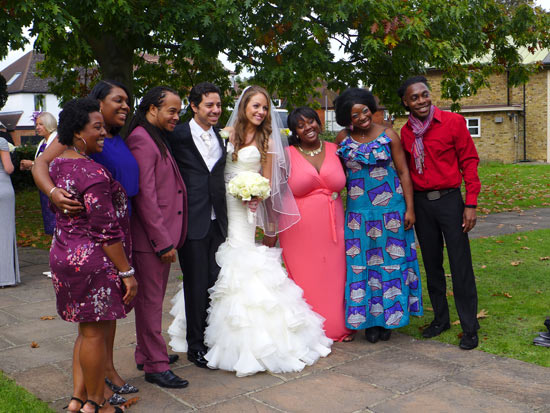 But the English bride mounted a surprise attack with the unexpected counter of a Gospel choir singing exuberant American Gospel favorites.

In spite of an incredibly aggressive style offensive by the Italians, I’m saying “Game, Set, Match” to the Brits! 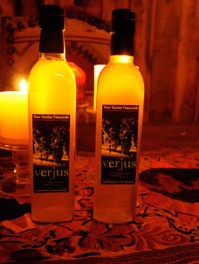 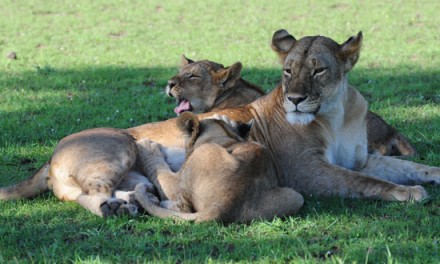 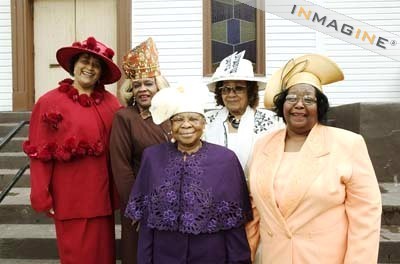 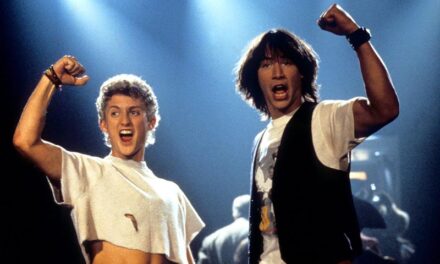