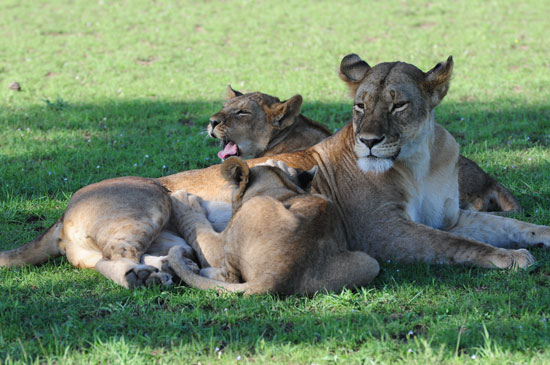 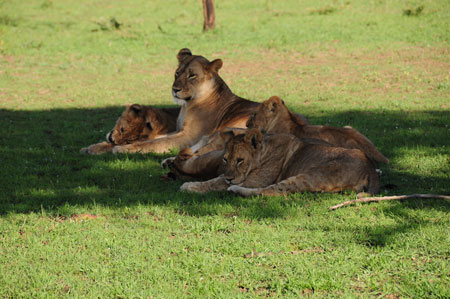 Where can I go after yesterday’s graphic post about lion sex? I could sink lower since I have some even more explicit photographs that I chose to censor. Or I could remind you what all that lion sex leads to — passels of impossibly cute lion cubs. While the lions of Ngorongoro Crater are getting it on, the lions we’re seeing now that we are on the Serengeti have moved past that stage to the family-friendly play group stage. After a lioness gives birth to one to four cubs, she hides them in a den since they can barely walk or see. After three months, the cubs are large enough for a lioness to take back to the pride, which is mostly composed of mothers, sisters and their off-spring. Once there, it’s all one big playgroup. Any adult female lion can and will suckle any cub. Lionesses take turns hunting for food, minding the kids and teaching positive family values. It will be nine months before the cubs are old enough to take on a hunt, probably three months after that before they are able to kill anything. In the meantime, it will all be one big Lion Mommy & Me group. We spent an hour about ten to fifteen feet from one large pride — comprising eight cubs and three females. Don’t worry, no playgroup activities were harmed in this endeavor. Lion eyesight is very selective and is geared to distinguishing moving animals. When you are sitting quietly in an open safari vehicle, the lion just sees it as one monolithic, non-animal thing. They can’t even distinguish the individual people in it, unless you do something completely stupid like hanging out of the vehicle and screaming “Here kitty, kitty.” (But my personal theory is that, when you are top of the Food Chain, you aren’t too fussed about anything.) 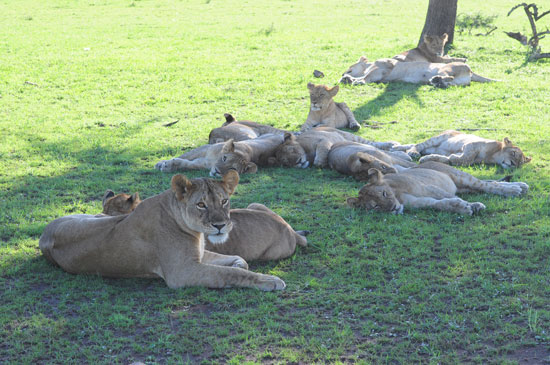 At least I’m hoping this watchful mom can’t really “see” me in the vehicle. 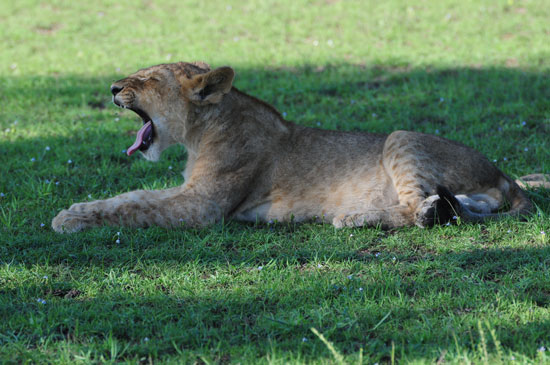 Mom! He’s hogging it all! 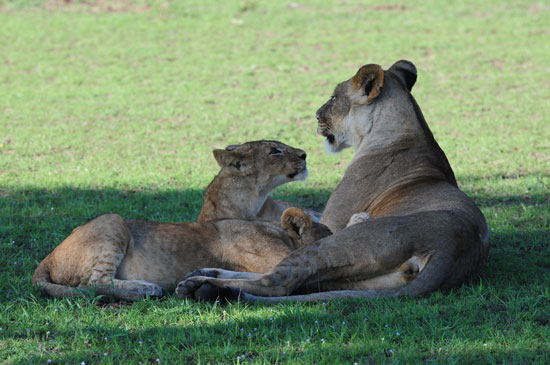 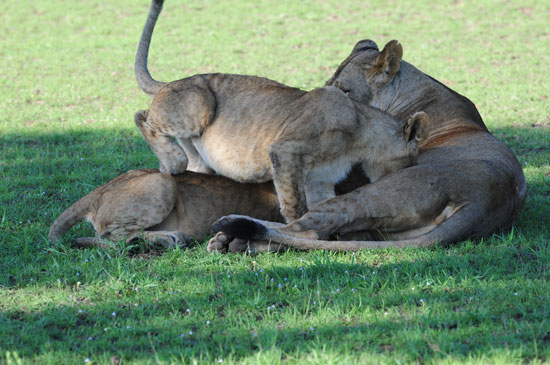 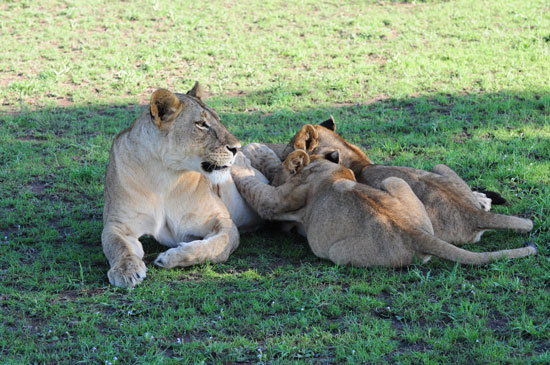 Now, kids. There’s enough for both of you. 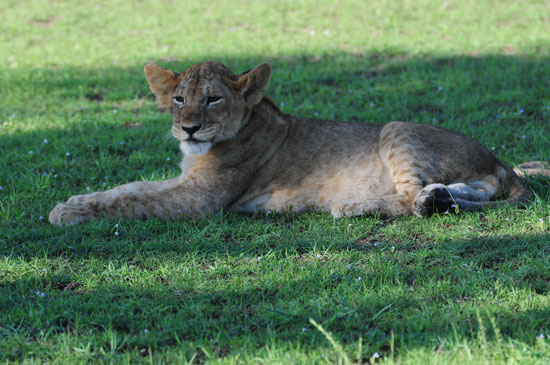 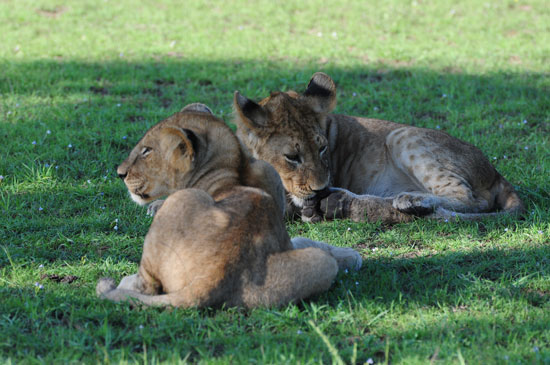 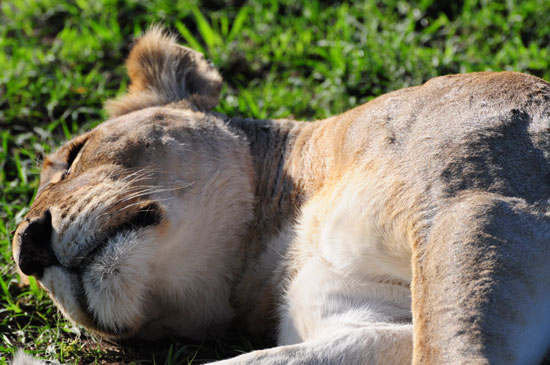 “Sure is great my sisters are giving me a break from the kids.” 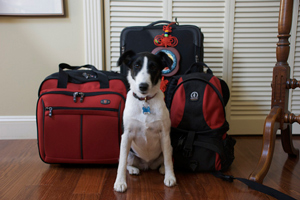 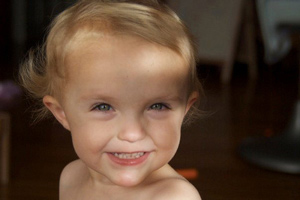 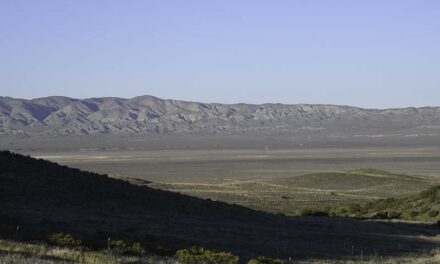