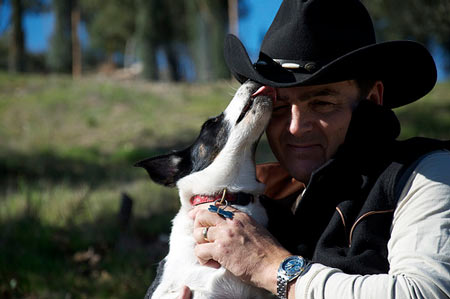 Anyone who visits Two Terrier Ranch knows we have one decorating mantra: no cowboy theme is too cliché. So far, most of that aesthetic has been applied to the living space above the barn. But why confine yourself to interior spaces? We’ve needed a few structures built around the place and my Ranch Manager, Louis, and his crew have kicked the Cowboy up a notch. Maybe we should qualify that as “WAAAAY up”! Granted, “Cowboy Building” is pretty easy what with all the reclaimed lumber we have lying around since we built the barn. But let’s just take a tour through recent building projects to show you how Cowboy Building is done.

It started with a bunker we needed to safely store oil, diesel, gasoline other flammables. It needed to keep such material contained in case they ignited and protect the ground should there be a spill. Such bunkers usually take the form of a cement locker — which is what was built — but Louis and his team so no reason not to dress it up. So they cowboyed it up so it blended with the traditional look of the barn and our other agricultural outbuildings. 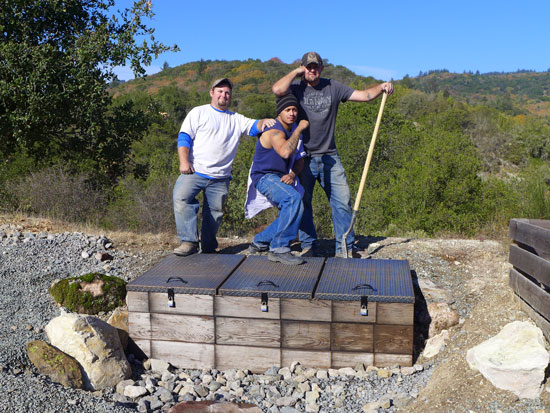 Here’s the team on the just finished bunker.

Things just snowballed from there. Next on the list was an ugly PG&E panel that the electrical company planted in the middle of what is going to be our pasture. Besides the issue of having horses rubbing up against electrical meters, the whole thing was really an eye-sore. 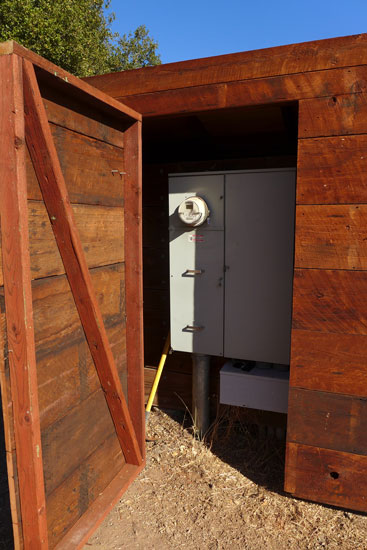 The answer: Cowboy it up! Anything looks better encased in reclaimed wood! 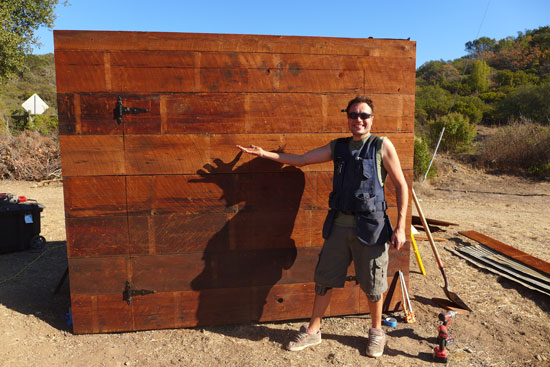 Thanks, Caleb! We think this now looks like a one-cell Western jail house. Just need some wanted posters tacked on it.

It’s been snowballing from there. 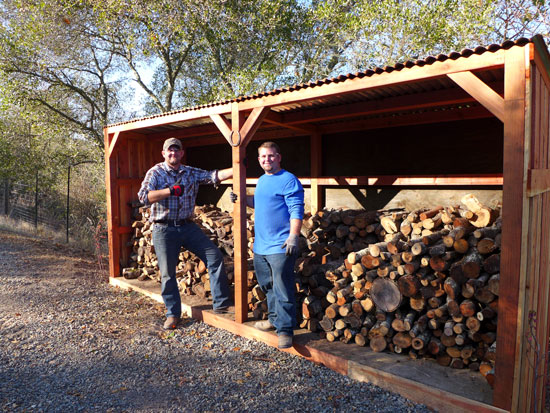 Check out the new woodshed! Tin roof, reclaimed wood, Western styling and even an old horseshoe for decoration. 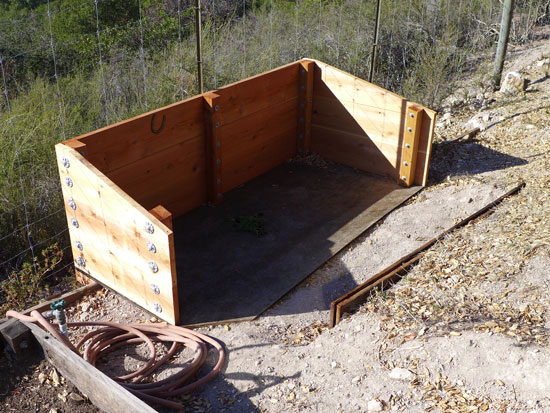 How about my new compost container near my gardens? 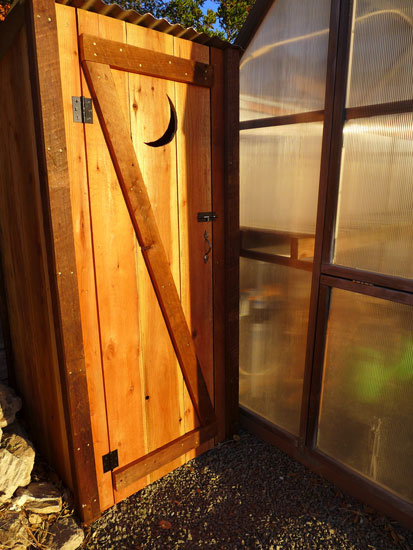 And my new garden tool shed. Complete with thoughtful half moon carving.

It’s not just structures. The guys are doing some landscaping around the place and they’ve developed a signature motif. 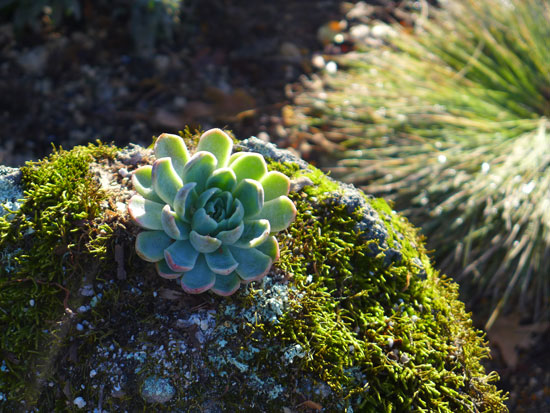 Adding a cactus or succulent on a rock as a design feature. 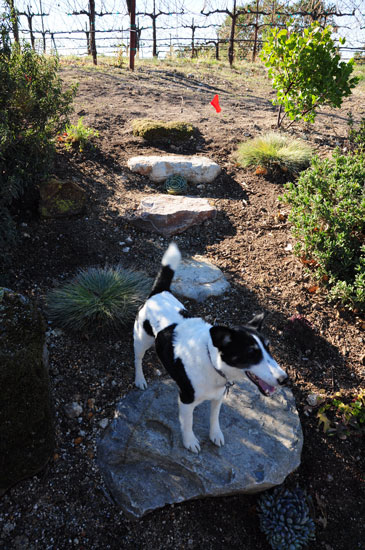 It looks especially good — and is terrier-approved — in the several steps that the team has been building around the place.

Now Cowboying It Up has become our thing. Soon this place is going to look like the set for a John Ford Western. So, don’t stand still up here or leave anything lying around too long. Someone will come along and surround it with reclaimed wood, put a tin roof over it or plant a cactus on it. 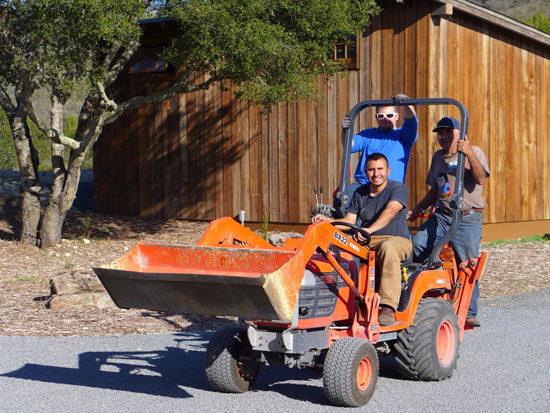 The Cowboy Team is mounted up and ready to ride. 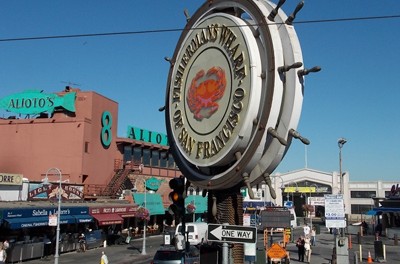 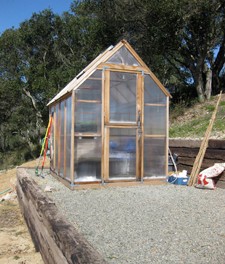 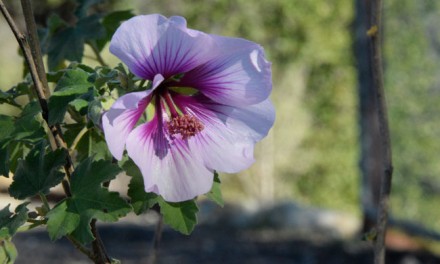