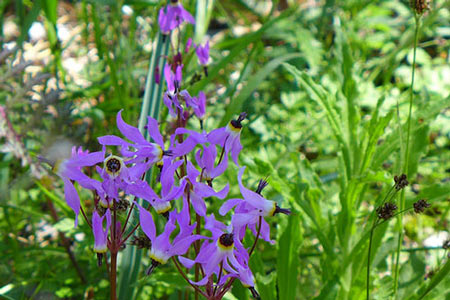 You’ve heard me obsess about our drought — which is now officially the driest year on record for 500 years. We’ve talked about the farmers fallowing their fields, the vineyard managers and winemakers panicking about yield this fall, and the reservoirs that are at dangerously low levels. Now there is another symptom that isn’t as dangerous, but is very sad. We are apparently going to have one of the sparsest wildflower seasons in anyone’s memory. That is where sparse means a wildflower count of few to none!

First, for those of you who don’t live in the West, let me explain to you how our seasons work. Because I get so sick of people from the East Coast (and I was one once) saying, “Well, the weather in California is nice, but I like the four seasons.” Listen, Bub, if that’s what you think, you haven’t been here or you haven’t been paying attention. We do have four seasons. Just because they aren’t Snow, Mud, Mosquitos, and Fall, doesn’t mean they aren’t seasons — and they are just as showy as anything a New England autumn can throw out. Our seasons just happen on a different schedule, but with no less spectacular displays. 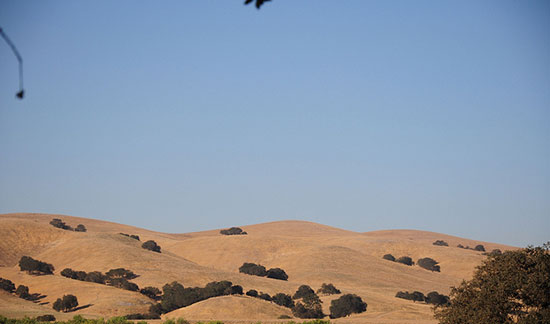 This is what the unobservant think California looks like all the time. This is summer, folks.

Let’s start with our longest season, the one every non-Westerner thinks is year-round, but is really from about March or April through mid-November. This is basically summer when the hills get progressively drier and more golden, except for the many evergreen trees we have such as our Live Oaks (which have holly like leaves), Manzanitas and Madrones. During this period, they aren’t so much green as a muted sage color. The grasslands, of course, are the color that caused California to be called The Golden State. Then in mid-November in a good water year, we start having our winter, which is all about rain. Lots and lots of rain. A monsoon is a good analogy especially since typically our rain comes sweeping across from Asian typhoons and Hawaiian storms in warm, moist fronts we call The Pineapple Express. Again, in a good year, the rains can last every day for weeks. Or even months. Then suddenly, sometime in February or March, the sun comes out and it’s Spring. But what a Spring! Because it only lasts a few weeks, two months tops, it’s the most accelerated Spring you can imagine. Seems the minute the rain stops, the most spectacular array of wildflowers bolt up and bloom overnight. This doesn’t just happen the wetter areas of Californa. People drive for hours to get to the deserts of Death Valley or Anza-Borrego for the spectacular wildflower displays. Acres and acres of reds, blues, yellows, oranges, pinks. Except this year. Seems we will be having no Spring this year, because we’ve had no Winter. Or very little of it. Death Valley National Park is already warning that there will be few or no flowers this year. Anza-Borrego is predicting the same.

Here in the Bay Area, my hiking group has been trekking through the areas where we normally see spectacular wildflower displays. Nada. Yesterday at Almaden Quicksilver Park, we walked an eight mile loop and saw one Henderson Shooting Star (the flower at the top of this post), a few clumps of poppies and no Indian Warriors. 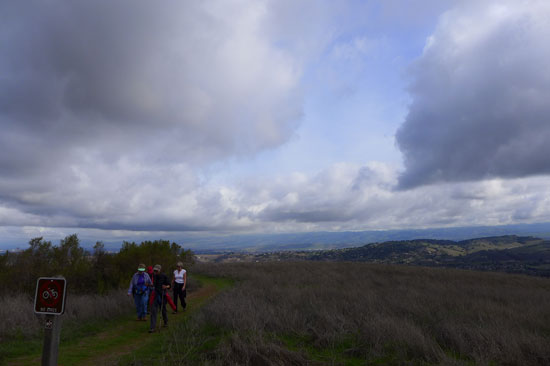 We had clouds, but they weren’t giving us any rain. And the hills were nowhere near the emerald green they usually are this time of year. 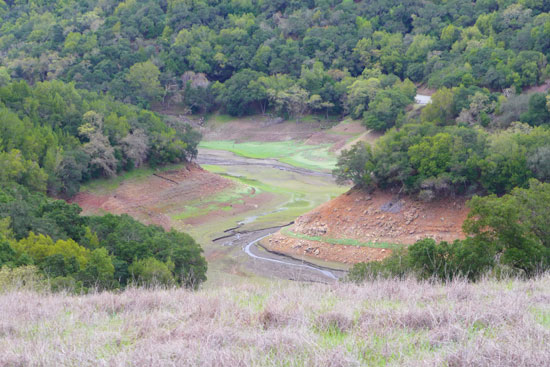 What little rain we had recently did little to fill up the Guadalupe River which leads to one of San Jose’s main reservoirs.

In Sonoma, things are a little better. We got a lot more rain from our recent storms than the South Bay did. In addition, part of our property is on a North facing hill, so it stays cooler and holds the water longer. We were expecting a huge display of poppies based on all the plants that were sprouting up. 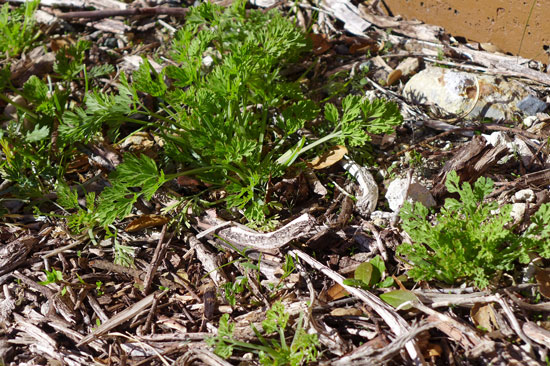 Unfortunately, just before they bloomed, the deer — or “the asshole deer” as my Ranch Manager calls them — chewed them back down to the ground. 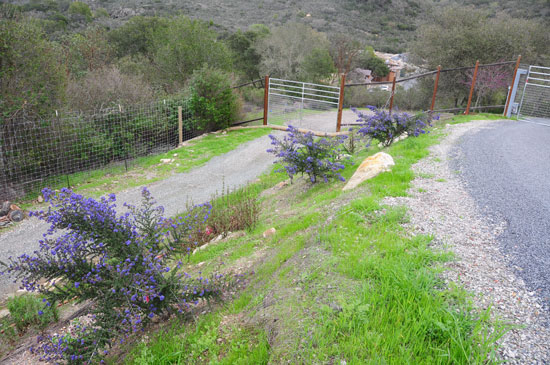 At least, Ceanothus around the property are starting to put on their blue blossoms. The bees are happy with that.

Yes, it’s going to be a sad Spring without our wildflowers. And with the daytime temperatures ramping up pretty quickly and no new rain on the horizon, I think we are pretty much over with Spring and on our way to a long, hot Summer.

But here’s the good news, at least for California. Scientists say an El Niño weather system is forming off South America. This warming trend brings unusually wet winters to California, milder winters to the middle of the country and a depressed Atlantic hurricane season. It’s bad news for African and Australia, where it can cause hotter temperatures and more drought. I’m sorry about that but we really need the rain. And if the last full El Niño in 1997-1998 is anything to go by, 2015 will be a Spring wildflower season for the record books. Can’t hardly wait. 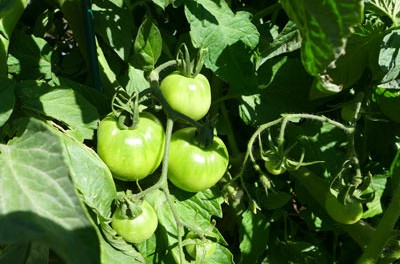 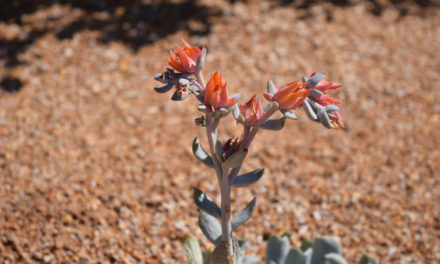 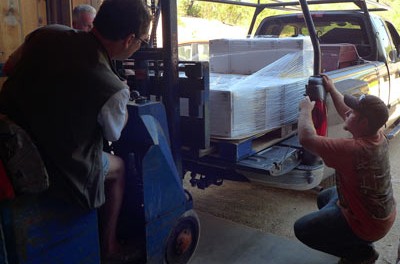