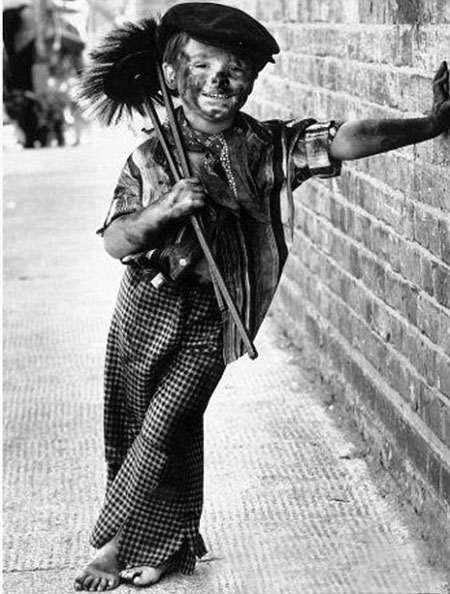 So recent routine bloodwork shows me to be deficient in Vitamin D. Vitamin D deficiency? Wasn’t that something that plagued Victorian slum-dwelling urchins? Who then developed rickets? How did I get a 19th Century condition? And does this mean I’m now destined to become a chimney sweep?

Surprisingly, Vitamin D deficiency isn’t as uncommon as you’d think in this century. No sooner had I posted this on Facebook than more than half a dozen women commented that they had been diagnosed as well. Then there is this: England, once the land of Gout and Rickets, is once again becoming the land of Gout and Rickets. So why are we suddenly losing all our Vitamin D?

You’ll remember from your seventh grade science or health classes that Vitamin D is the sunshine vitamin. Your body synthesizes it fairly easily from certain of the sun’s rays, but not so easily from food. Although there are a number of foods rich in Vitamin D, most of which I eat heartily — such as salmon, tuna, eggs, cheese. (In fact, to demonstrate how much salmon I eat, note that we are still working our way through the two 20 lb. salmon Andy caught. And he tells me, this weekend, he’s going out again!) However, as I’ve been reading, it’s still not all that easy to get your Vitamin D from food. In response, governments decades ago began mandating or encouraging the fortification of things like bread, cereal and milk with additional Vitamin D. Since I’m lactose intolerant and not that interested in bread, none of this is helping me. And in this day of gluten-free, dairy-free, vegan eating, many other people aren’t getting that extra D either. Perhaps as a result, Vitamin D deficiency is, by some accounts, affecting a huge segment of our population. And as an aside, did anyone in that aforementioned seventh grade science or health class remember this little factoid teachers always used to lay on us: A polar bear’s liver is so full of Vitamin A and D, that if you ate it, you would die of vitamin toxicity. Not that I would consider sacrificing a polar bear to combat this condition. But the whole situation did bring up that little scientific nugget which has been filed away in my brain for decades apparently just for the purposes of regurgitating it on this post. Since it’s been so long, I did cross-reference this factoid on The Google. Apparently it’s the Vitamin A in polar bear liver that will kill you. No mention of Vitamin D. Scratch polar bear liver from my restorative diet. 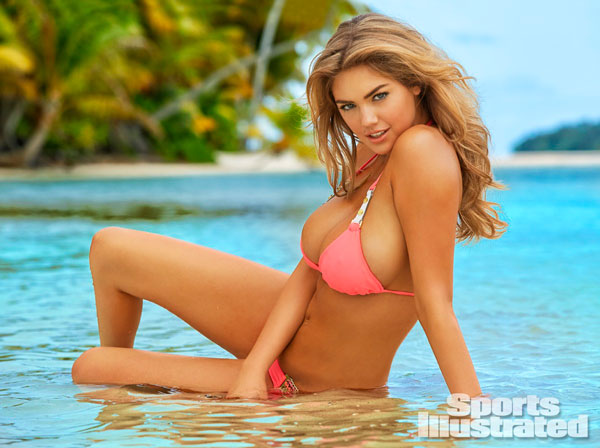 As little as 15 minutes a day of nearly full body sun exposure in the summer can build up enough Vitamin D to last you through the winter. Easy enough to practice when you look like this.

So let’s get back to the sun, which is the best, most efficient way to get your Vitamin D. Apparently, it’s not just any sun, it’s certain kinds of rays. And if you live in latitudes more northerly than Atlanta, Georgia, the curve of the earth prevents you from getting those rays in the winter. There are two ways Mother Nature helps you out with that: 1) Seems ten minutes a day of full body exposure to the noon sun in summer will top up your reserves enough to get you through the winter. 2) Redheads — who are native to those northern climes — have the most efficient skin for absorbing and synthesizing Vitamin D. 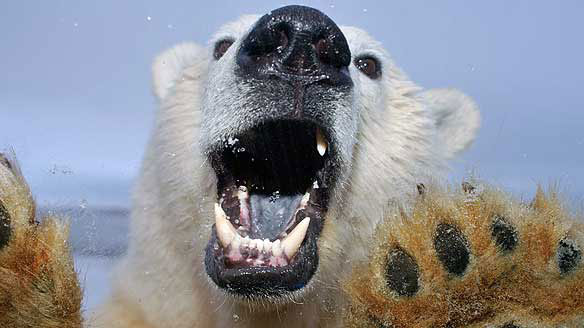 But here’s the problem: who’s lying out in the sun these days? I’ve spent decades religiously slathering on sunscreen of the highest SPF I can find. I also don’t do anything in the sun without a large floppy brimmed hat. That includes swimming where I’ve perfected a sort of breast stroke/doggie paddle that lets me swim in a hat. I also wear long sleeved shirts hiking and long sleeved oversized rash guards in the pool. Because I don’t trust even the highest SPF not to wash off/sweat off/be wiped off within the first hour of activity. At least a little sun gets through judging by the fact that my legs and wrists manage to get a bit browner after a summer of working out in the vineyards. Imagine people who are working long hours in an office. They have even less sun exposure.

Unsurprisingly, Vitamin D deficiency is now being called a pandemic by some health agencies. I was inclined to be skeptical — as were some of my fellow diagnosees who commented on Facebook. Is Vitamin D deficiency the “Condition Du Jour” or is it a real thing? Well, the consequences of D deficiency are really scary and go on beyond Rickets. So for now I plan to take the 1000iu pills I’ve been prescribed, get a little sun exposure, eat all the salmon Andy can catch and wish I was a redhead.

But I’m laying off that polar bear liver.

NOTE: I try to use my own pictures — but it’s been ages since I photographed Victorian street urchins, Kate Upton or polar bears. I can’t find the photographer’s name attached to any of these images. Although the Upton photo is obviously courtesy of Sports Illustrated. If anyone recognizes these, let me know and I’ll make proper attribution.