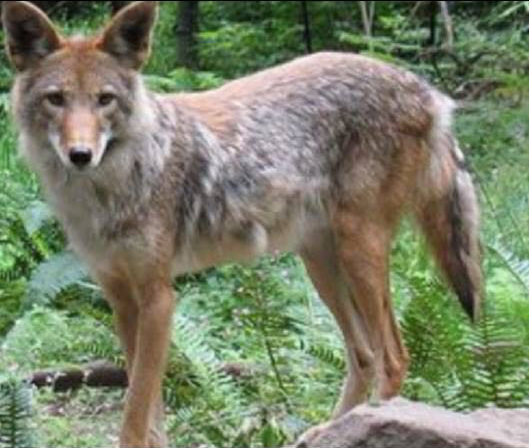 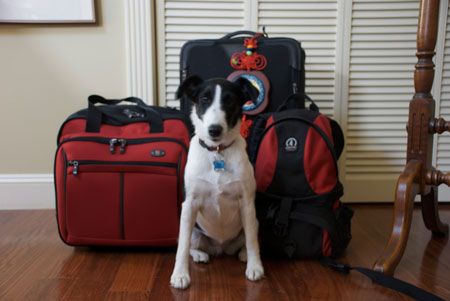 My preferred format for blogging is the essay. Which means I usually try to find a topic and more or less stick with it for an entire post. But every now and then miscellaneous things happen, which I think might be interesting, but that even I can’t spin up into an entire post. And usually I can spin most anything into a post. So, in no particular order, a few things that happened this week:

Remember I said there was a big “Kick Me Sign” on the back of my Prius? That’s because, in less than a year, three cars have smashed into Rainbow Dash, each time causing significant damage. Well, I didn’t have that car back more than a day or two from the bodyshop after the latest smash-up, when this happened: 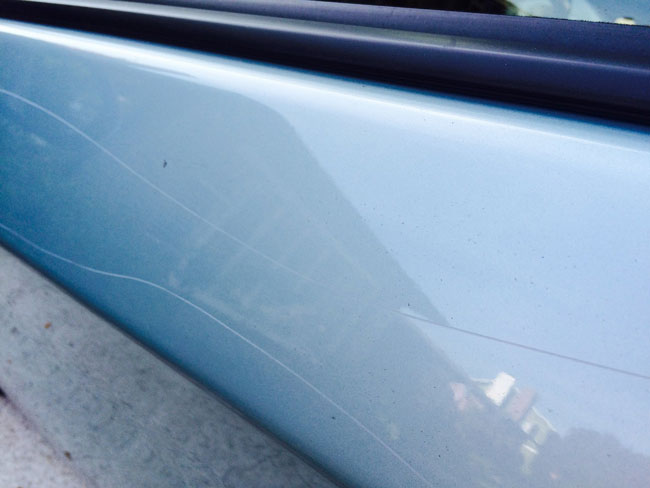 What you are looking at are keyed gouges in the new paint job. Double rows. And they did me the favor of hitting both sides of the car.

First of all, don’t punk kids or whoever does things like this, usually go for the opportunistic hit? But my car wasn’t parked in the street. It was tucked up at the end of our driveway between our house and our neighbors. So someone had to specifically go after my car, and brave a better than average chance that he or she would be seen. And we can pretty much pinpoint when this happened. We left the house at 8:45 AM Saturday and the car was fine. We were out for about an hour and came back to the damage. Who does this? Even stranger, who does this to a Prius? This is a street lined with expensive luxury cars. But someone took great pains to target what was probably the cheapest car on the street. Obviously someone who doesn’t like fuel economy. I’m blaming the Koch Brothers. But this convinces me even more that poor little Rainbow Dash has some serious bad juju. All the more reason I need a new vehicle.

Well, on a lighter note: I ran across this thing on the InterWebs. It’s a U.S. map generator that lets you show the amount of travel you’ve done in our fair land. 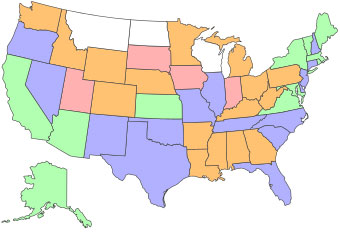 The white states are those where I’ve never been or can’t remember going to. (I think I went through Montana as a three year old, but I’m saying that doesn’t count.) So the four states where I haven’t traveled are Montana, North Dakota, Wisconsin and Hawaii. I’m already working on an epic roadtrip to correct the Montana/North Dakota situation. I’ll probably log some significant time in Utah and South Dakota on that trip as well. Hawaii, well, some day, I guess. As for Wisconsin, with all apologies to Cheeseheads, I may go to my grave never visiting that particular state. And I’m okay with that.

Now meanwhile, back at the Ranch: Reports were coming in from my ranch guys that they’d seen a lot of coyote scat recently. DJ caught sight of them briefly down by our pond. Then, a few days ago, as the guys were clearing brush near the seasonal creek, they looked up to find four of them across the stream bed staring at them curiously.

Including this good looking dude. We call the Yote Family, Wilma, Wiley and the kids. I’m guessing this is Wiley. 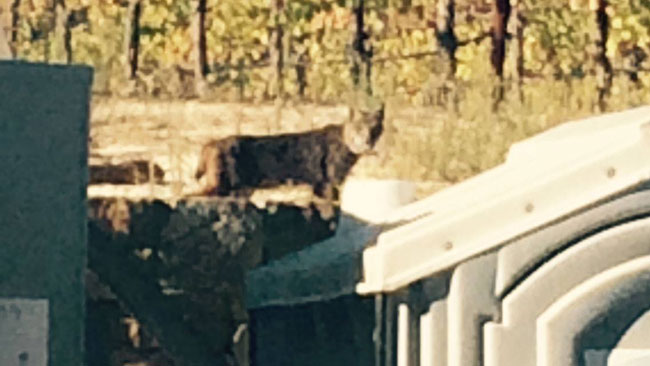 Then there is this guy. He’s a bobcat, but not, we think, the resident one, Bob. This cat was skinny as anything, whereas our Bob is fat from eating rabbits.

And speaking of top tier predators, remember that deer that the Mountain Lion took down just outside the barn? Well, the guys dragged it to the far end of the pasture and critters have been cleaning it down. 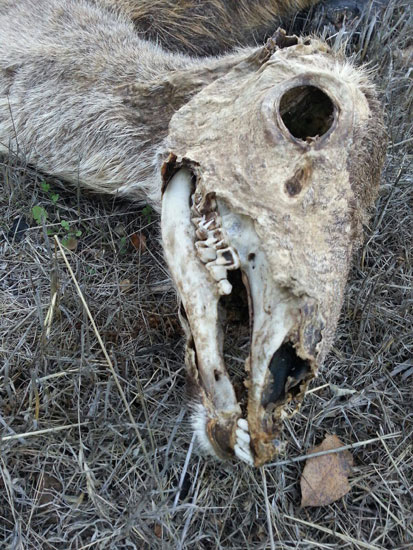 Almost all bone now. Circle of Life, my friends.

I’m up in Sonoma now for the next week, so I’m hoping to have lots of critter encounters myself. When I arrived this afternoon, I immediately saw this outside the door. 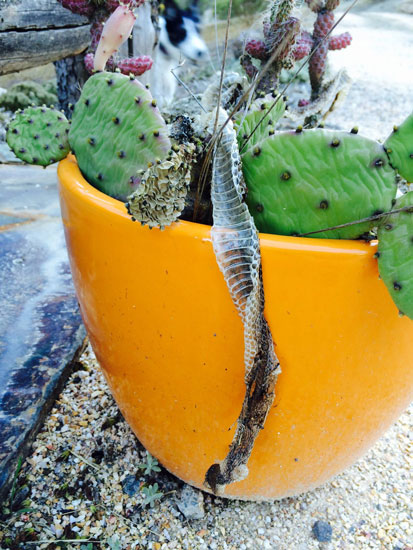 Looks to be from a rattler of at least four feet.

At first, I thought the guys had draped this skin over the flower pot as a joke. But they are disavowing any knowledge of it. Snakes do like to rub against rough surfaces to pull their shedding skins off. So apparently this guy found my cactus did the trick. So much for that snake repellent we’ve scattered all over. I guess our recent rains have washed it away. Hopefully the upcoming cold will send these guys into hibernation.

So there it is. Random pictures and bits of news. No cohesive thoughts or conclusions. Except maybe a theme of critters. Critters. We love ’em. Except the no good sidewindin’ varmints who keyed my car! 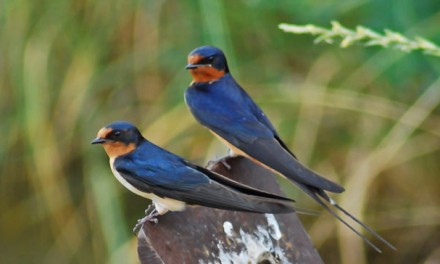 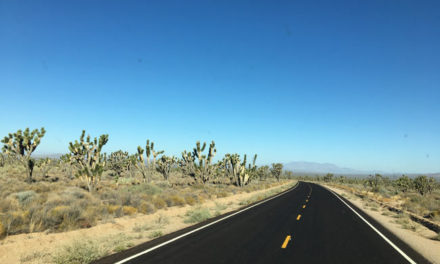 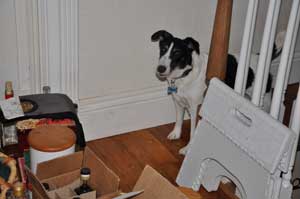