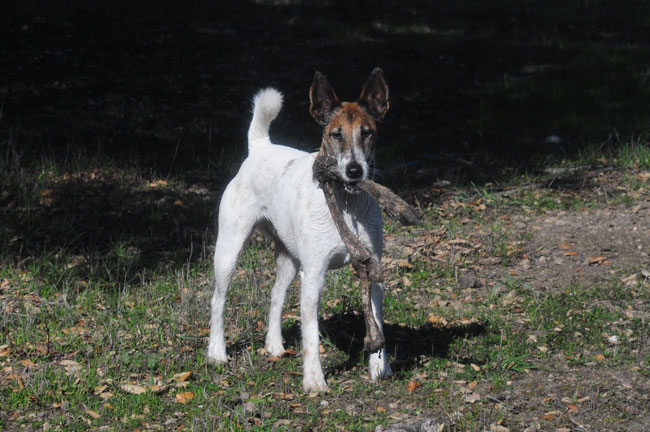 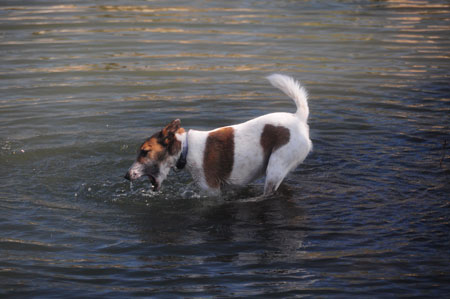 One of the wonderful things about our land in Sonoma is that it’s just alive with animals. Not tame, edge of the city animals like the raccoons that hang around garbage cans in San Francisco or the scrawny coyotes that prowl the upper streets of LA. But real wild animals that shy away from human contact and live truly untamed lives. I’ve caught glimpses of the Mountain Lion, the coyotes and the Bob Cat, but just glances. They immediately shy away from human encounters. We’ve been trying to keep it that way by being scrupulous about leaving no garbage around that can tempt them out of their wild feeding ways. I’m also very careful about keeping the terriers close and avoiding any walks around hunting grounds at dawn or dusk when these guys are active. So far, it’s working out for everyone.

The one human intrusion we have instituted is the Critter Cam. We built a man-made pond that we call Lake Charles on the edge of the woods where our land bounds the local State Park. It’s become like the last watering hole in the Serengeti — especially now that we are in a drought. A little too late in the game, the Ranch Guys thought of setting up an infrared, motion sensitive camera overlooking the pond. Now that there is water in various seasonal creeks, Lake Charles isn’t being visited as frequently, but the Critter Cam shows that it’s still a popular spot. And lately, for no discernible reason, the critters are staging a comeback. 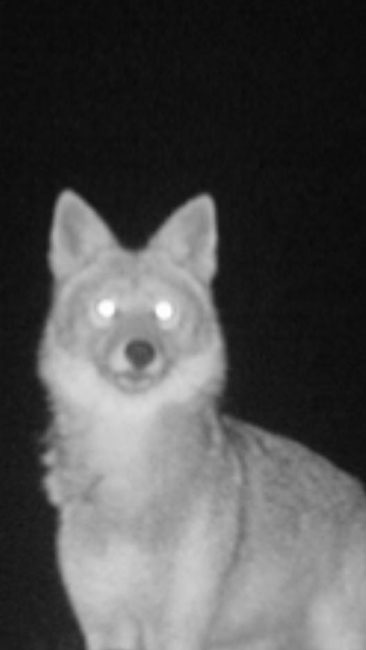 The coyote family is back! And they are ready for their selfies.

So why are our next largest predators suddenly in evidence? I wonder if it has anything to do with the sudden influx of bunnies. Actually, not really bunnies but what I would call Big Ass Hares. The last few evenings I’ve spent in Sonoma, I’ve noticed that, as soon as the sun starts to set, an army of Jackrabbits has run down the hill and into the pasture around the barn. These rabbits are as big as terriers. In fact, when I see them coming down the hill, I’ve kept the terriers in as I’m not sure who would win in a mano a mano confrontation. What I’m hoping is that the large predators moving in are going to clean these suckers out. Because ever since Monty Python’s Holy Grail, I don’t really trust bunnies. Recently, when a herd of five of them came down the hill, I tried to run out and photograph them. They ran off. 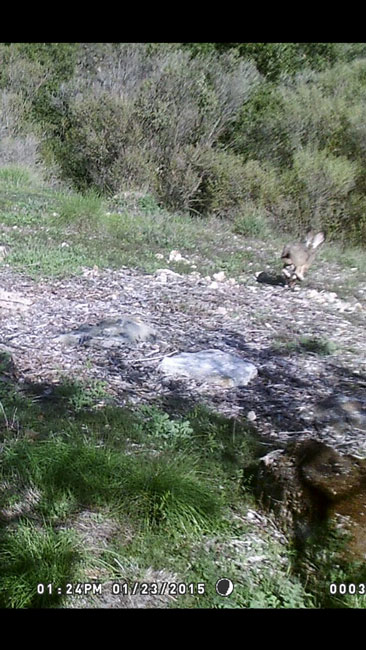 At least the Critter Cam caught one of them.

And did I mention that it’s skunk mating season? 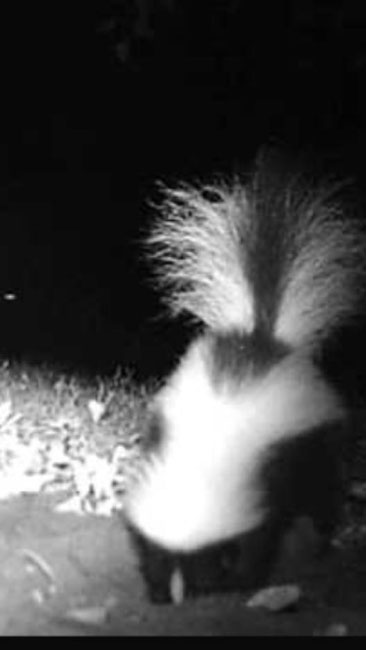 Believe me, the air during the nights around here has been fragrant.

And the debris left over by the large predators? Well, little Oscie is there to clean house.

He loves to carry pieces of the Mountain LIon’s kill around, as if he might convince someone that he actually took down that deer.

But back to wild critters. A plastering company was in our wine cave to give us an estimate on replastering it. They said they saw some large creature skittering across the back part of it. I went up there twice to poke through all the corners and back behind the wine barrels to find whatever it was. That was a major act of bravery considering that one of the stories that scared the shit out of me as a kid was Saki’s Sredni Vashtar. Armed with only a rake, I went through that dim area twice trying to flush out whatever fierce bad critter had found its way in there. 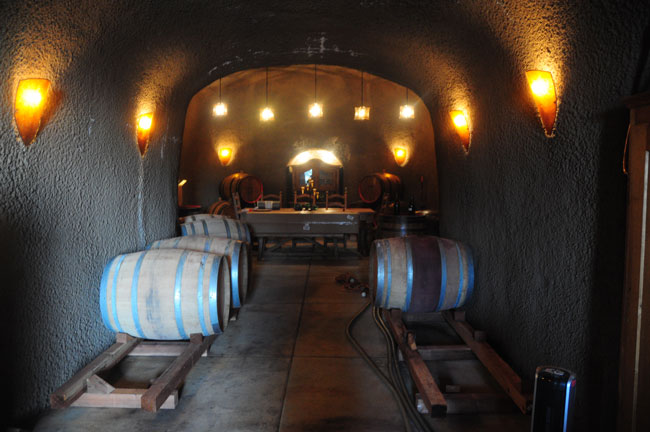 This is not a fun place to look for a potentially homicidal critter.

I found nothing. A week later, my Ranch Guys said they discovered a dead opossum in there. Not to speak ill of the dead, but I’m pretty glad it’s dead.

Now not to be too wild and rambling, but let’s move along to non-critter critters. Remember that mid-life crisis I was having recently concerning the car I was driving?  For three decades, I’ve driven small, gas-efficient Japanese cars. First a Honda Civic — which I drove from Maine to Florida and back, then across country from Maine to California. After that, I’ve driven three Priuses. As my trusty steeds, they were named Old Paint, Old Roany and finally, for the one that was a pearly blue not found in nature, Rainbow Dash. That was great for city runabouts that took occasional trips to Sonoma on the two lanes of the 101. Once I started cruising up the scary 680 from San Jose and doing roadtrips out where backcountry tires are needed, I realized I needed to step up my vehicle. 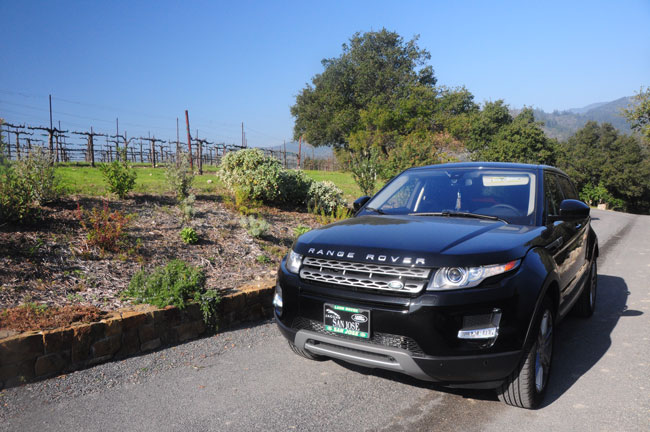 Behold Black Beauty. The smallest SUV in the world. A veritable Hobbit SUV.

Yes, I’m having copious Liberal guilt — not the least of which is moving from the land of 50-60 MPG to 30 MPG. I realize I’ll have to atone for my increased use of gasoline in some fashion. Perhaps one such atonement is the fact that we moved from San Francisco to San Jose, reducing Andy’s commute from 100 miles per day to 16 miles per day. Yeah, I know: not enough. But I’m working on it.

Some of my atonement, perhaps, is coddling critters in Sonoma. 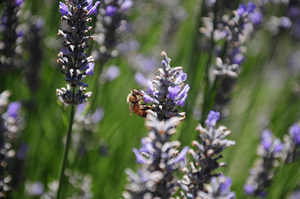 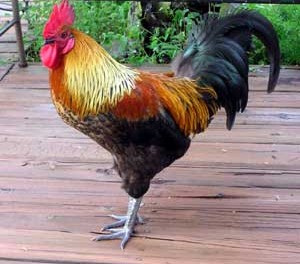