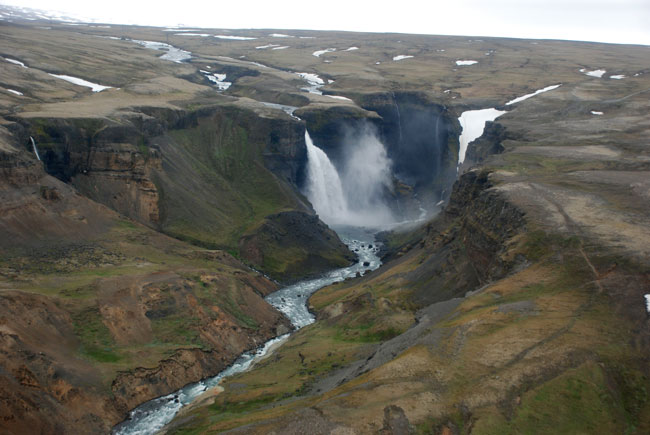 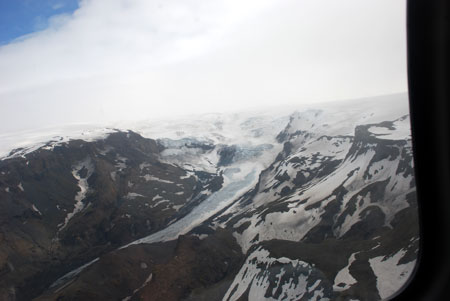 I’m not a good air traveler. I have increasing travel anxiety in inverse proportion to the size and amenities on the aircraft. In other words, with a full bar, dinner service and a good selection of films, I can just about relax. (Although I can never sleep on a plane, in case I need to leap up at a moment’s notice and put on my oxygen mask.) Needless to say, small puddle jumper commuter planes have me gouging holes in the upholstery with my fingernails. I haven’t flown in a helicopter for decades since Andy talked me into going on one that buzzed us under the Golden Gate Bridge. So I was near panic when Andy determined we should take a helicopter tour of Iceland. But since he’d driven over 100 miles on a tour of the Golden Circle the day before, I gritted my teeth and said yes.

Turns out, my main worry, that I would use up all the air sickness bags in the first five minutes of flight, was unfounded. In the intervening decades, helicopters seem to have been made quieter and smoother. It also helped that the excellent Reykjavik Helicopters provided us with the excellent Reynir Petursson as our pilot and guide. Reynir is kind of an Action Man (but then aren’t all Icelanders?) and most of the remote places we flew to, he’d also hiked and camped around, so he could really give us the lay of the land. We’d signed up for the four hour Volcano Tour on Thursday, but they had a cancellation on Wednesday and the weather looked iffy on Thursday, so they called and offered us two places on the five hour Diamond Tour at a discount. If I had it to do over again, I’d say damn the expense and go for the eight hour tour they call The Full Monty.

Here’s why I think a helicopter tour is a must for Iceland. First of all, if you are short of time or short on orienteering skills, it can get you to places that would take days of off-road driving and hiking to reach. But most importantly, a helicopter tour really unfolds the beauties of Iceland. While Reykjavik is a compact and pretty little town, for me the reason to visit Iceland is to see natural beauty and geological wonders. Yesterday’s car tour got us to a lot of beautiful sights, but you can’t really understand the forces affecting the Earth here unless you view them from the air. 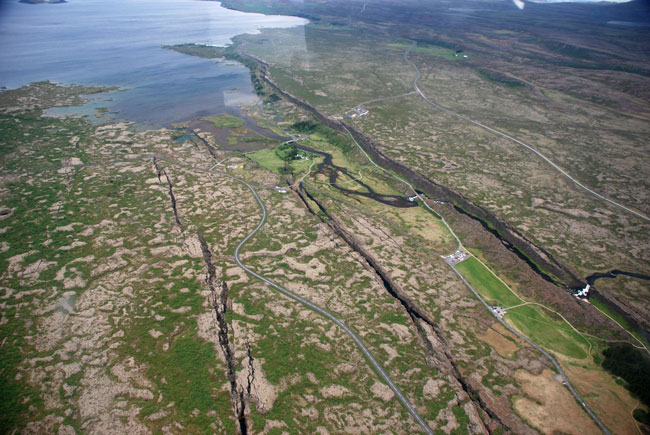 Iceland is literally being torn in half as the American tectonic plate pulls away from the European plate. We walked in the rift yesterday, but from the air, you can really see the stretchmarks on Mother Earth.

Another pressure on Iceland are the massive amounts of water flowing out of snowmelt. It carves valleys and creates magnificent waterfalls — like this one that would have taken a day’s drive and two days hike to reach.

Perhaps the best thing you can see from a helicopter tour that you can’t from the ground are the volcanoes. Our Action Man pilot, Reynir, buzzed us over three of them, the most important being Hekla, which reliably goes off every ten years. Of course, Reynir had camped and hiked many times on Hekla, including on the edge of the caldera, so he could give us the micro as well as the macro view. 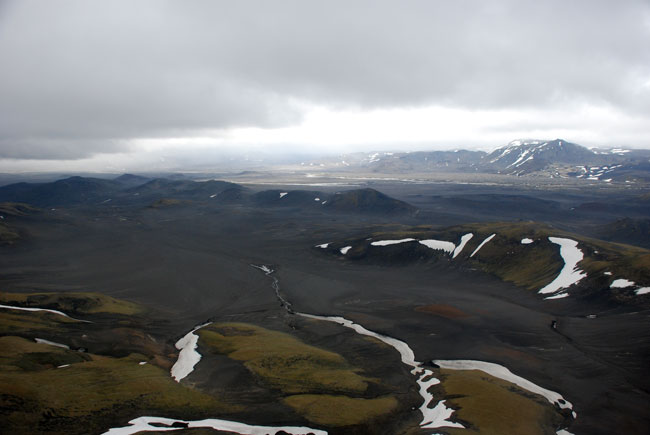 On our way to Hekla, we passed over miles of ashfields, testament to the power of the eruption. You can only get a sense of the scope viewing it from the air. 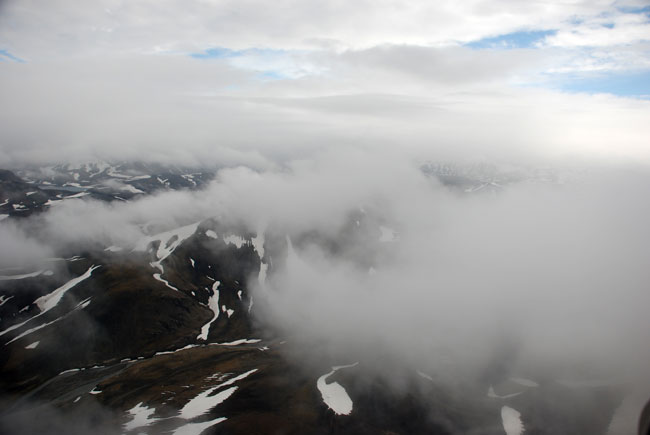 At the volcano, we played Hide and Seek in the clouds. 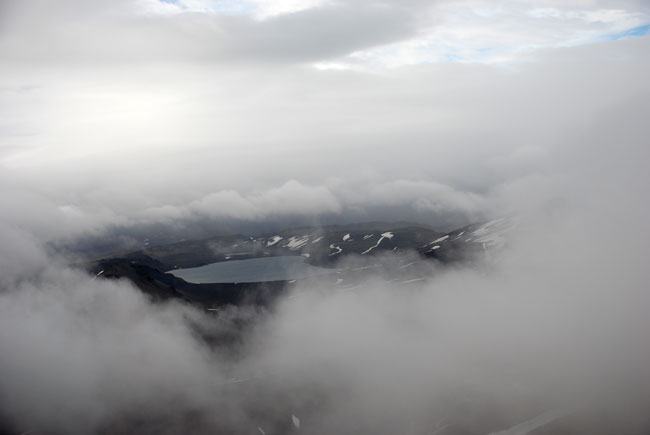 Finally, the clouds parted just over the caldera. 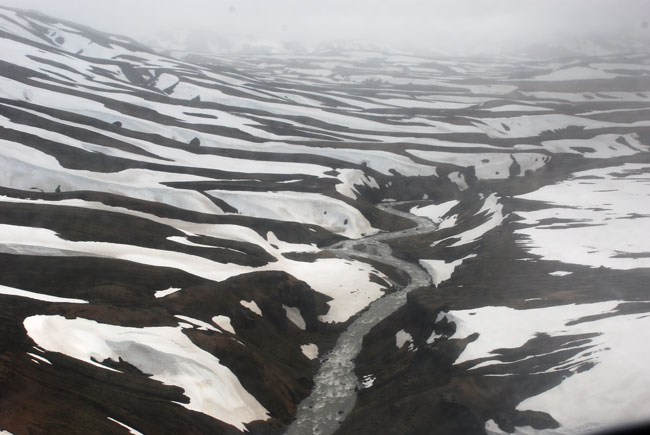 The bird’s eye view was a geology lesson in itself as Nature’s patterns were made clear. 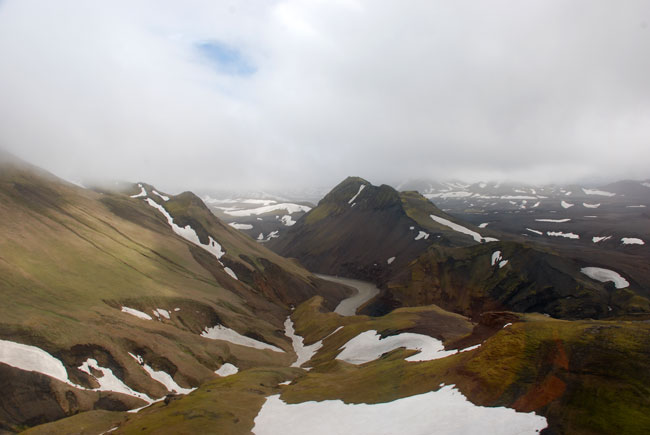 More patterns. And finally, some sun. 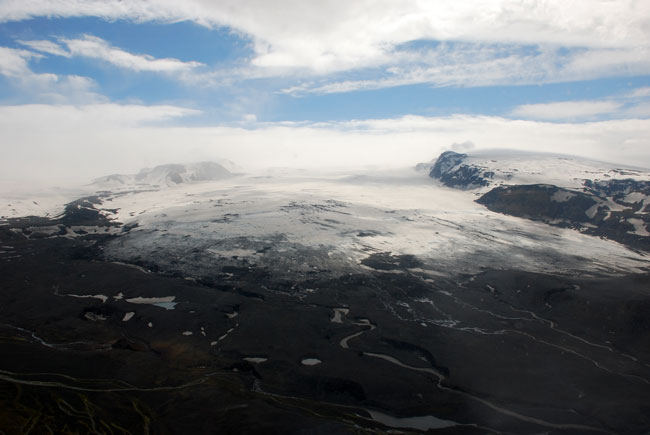 Just in time for the absolute highlight of the tour, our approach to Iceland’s second largest glacier. 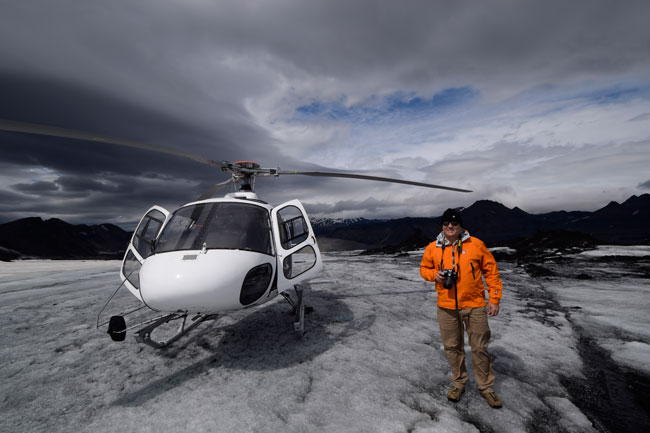 Then landing on the glacier! This is Andy attempting to claim it for England. 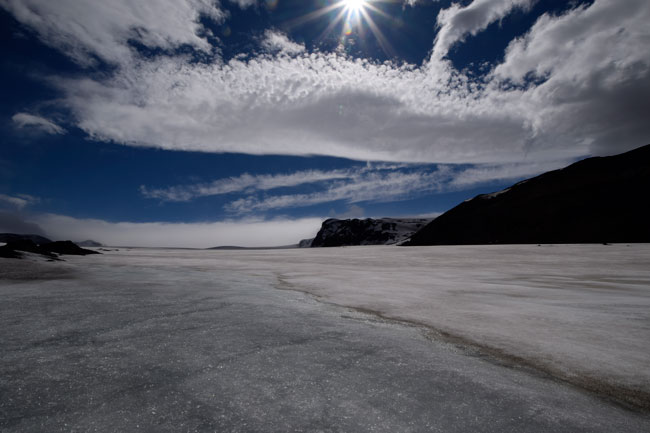 The glacier grows and moves toward where I’m standing — on 7000 year old ice and looking miles and miles away toward new ice. But still, without the aerial approach, you’d have no idea how far this glacier extends. 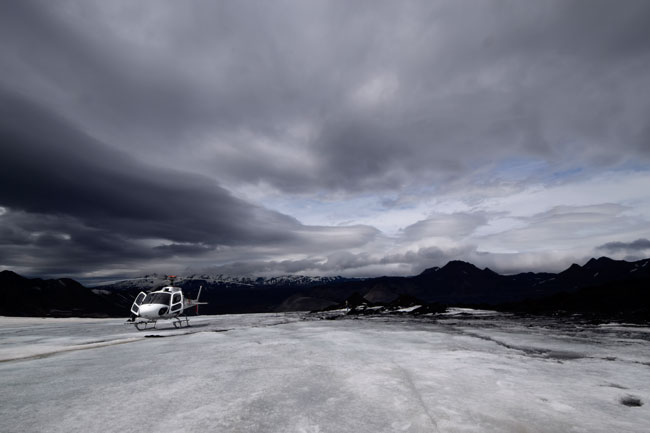 Looking toward old ice and a ring of volcanoes, including the one that erupted in 2010.

The rest of the tour could have been an anti-climax after this, but Action Man pilot Reynir has also done his share of touring Hollywood movie scouts around various possible filming sites. So he was able to show us, from the air, where we could see familiar sights from Game of Thrones and Prometheus. 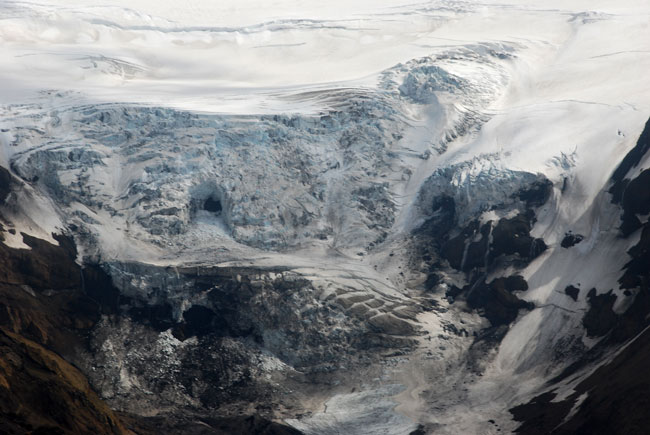 Also this ice cave featured in the Tom Cruise movie Oblivion. Damn, now I’ll have to rewatch it and I have a low tolerance for Tom Cruise.

While the helicopter tour was the clear highlight of our trip, I’m glad we took the car tour of the Golden Circle and I’m glad we did that first. I liked having the experience on the human scale — especially walking around Pingvallir National Park where so much Icelandic Viking history centers. Then to see it — and the giant waterfall at Gullfoss — from the air, put the geology in perspective. In summary, save up your pennies and, if you go to Iceland, definitely spring for the best helicopter tour you can afford. I recommend Reykjavik Helicopters, and be sure to ask for Action Man Reynir as your pilot. (I should mention that their copter port is conveniently located in Reykjavik, a short cab ride away.)

Note: All aerial photos are Andy’s. While the flight was much smoother than I dared hope, I wasn’t going to risk it by staring through a camera lens. 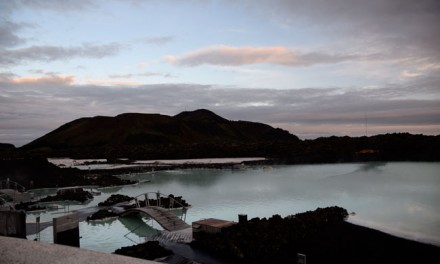 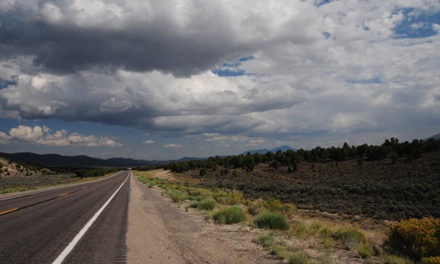 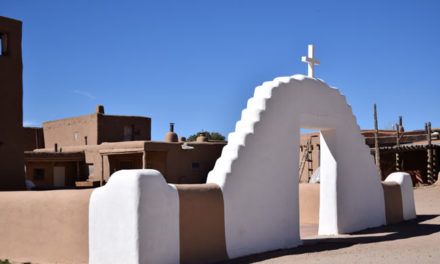