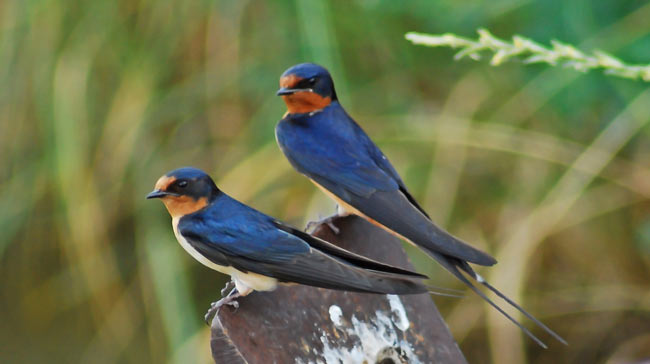 Here around the Rancho, there isn’t much we won’t do for our wildlife. We keep all our lights off at night in order not to disrupt animal travel patterns. We made our Lake Charles into a sanctuary for the endangered Western Pond Turtles. Of course, we plant and nurture native flora for our bees and insects. We have a detente with our resident Mountain Lion, Miss Kitty: we don’t walk around during her hunting hours and she doesn’t come out in the day and kill me or the terriers. So when we developed a bird “situation”, our inclination was to help rather than curse. Not that there wasn’t plenty to curse about. Just as the rain let up and the warm days started, I found myself awakened every morning by the sound of birds slamming their bodies against the bedroom window. In the afternoon, the assault would continue at the other end of the barn living loft on the kitchen window. I’ll spare you the pictures, but both windows were soon covered with bird blood. 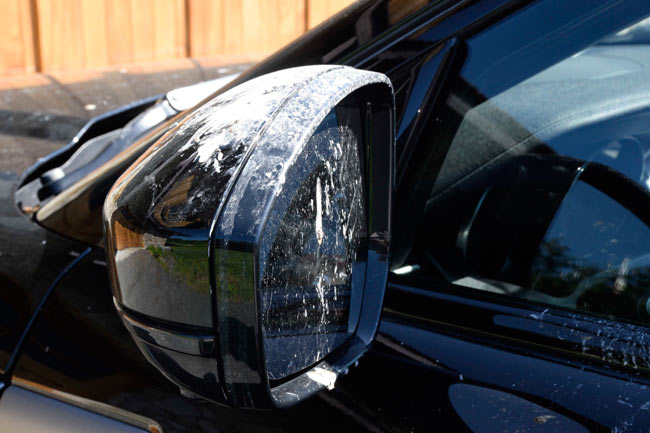 Not to mention what they were doing to my little Hobbit SUV.

It didn’t take long to figure out the problem. It’s nesting season and the birds were building nests in the eaves and around the barn. When the sun hit certain windows at certain angles, the birds assumed their reflections were interlopers coming for their nests. So they attacked. Not wishing to find little dead bird bodies littering the driveway, I searched for solutions. 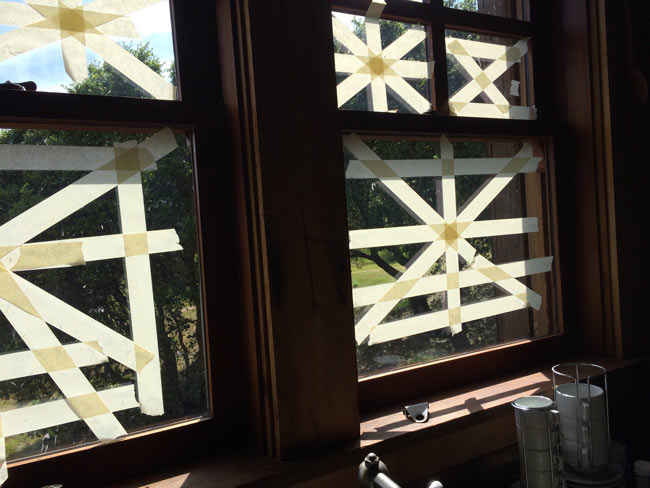 The first brainstorm was this: masking tape to break up the reflections. It was only partially successful.

Turns out, wherever there wasn’t tape, the birds attacked. In desperation, I decided to close the big wooden window shutters. So it made the barn like a semi-dark cave, but, hey, it’s only for nesting season. 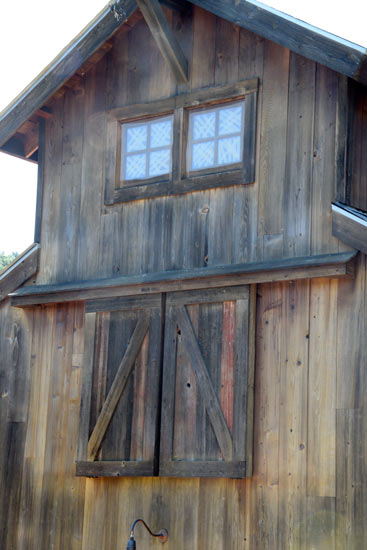 Of course, that left the upper windows, which are shutterless, relying on the tape, a less than effective solution. 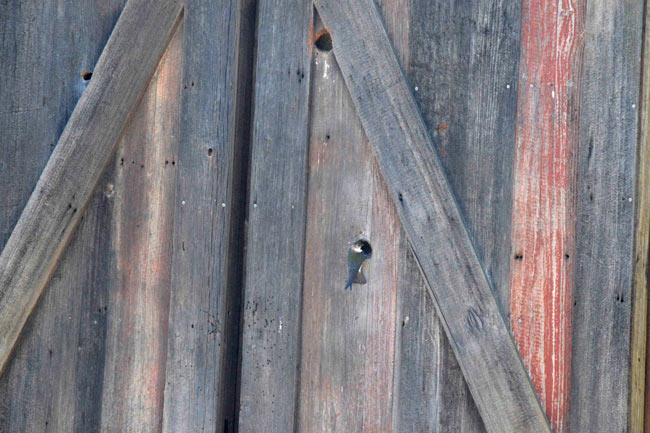 The shutters are made of two panels of wood and are hollow in the middle. So the birds were actually accessing the hollow center through knot holes and nesting in them.

Since we are running, by default, a bird sanctuary, there was nothing to do but figure out another solution for the shutterless upper windows. 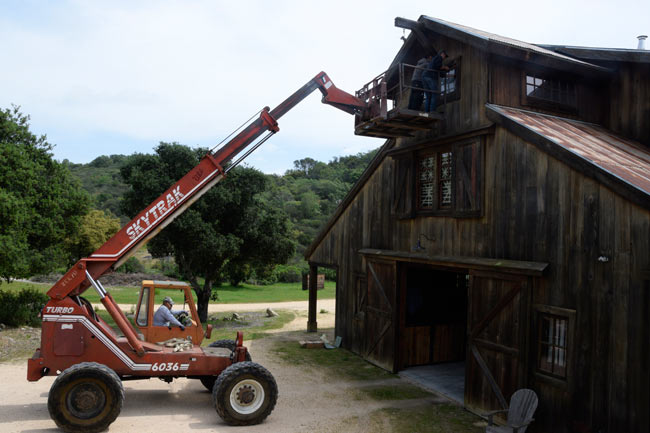 The great thing about having a construction project on site: there is lots of big-ass equipment. 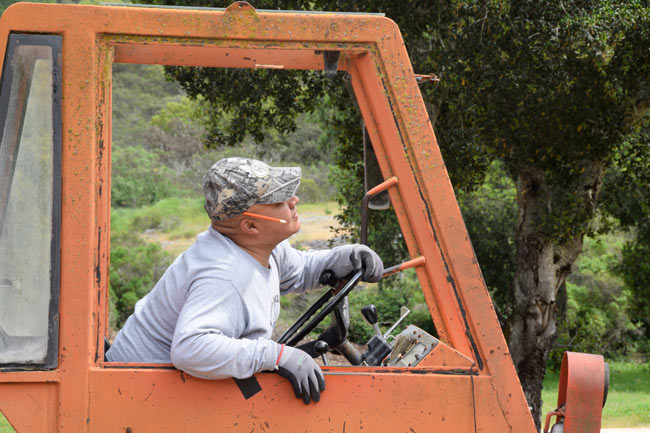 Tony from the construction crew was skeptical. 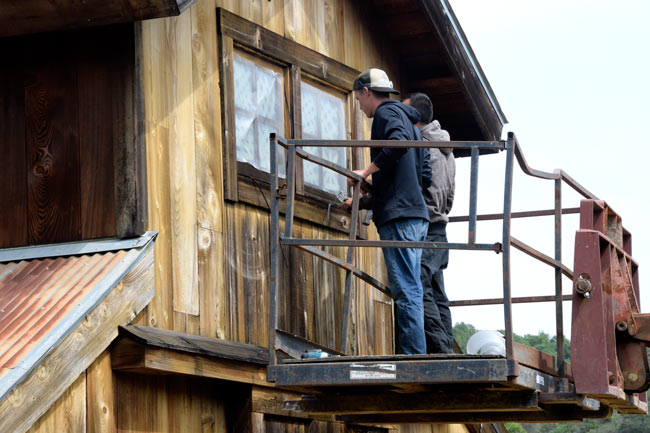 But Jonny and Jesus are Ranch Guys, so they are pretty used to weird requests involving wildlife. LIke tacking screen mesh into upper story windows.

Happy nesting, birdies! There’s nothing we wouldn’t do for you.

Note: The photo of barn swallows is not mine. I stole it from here.