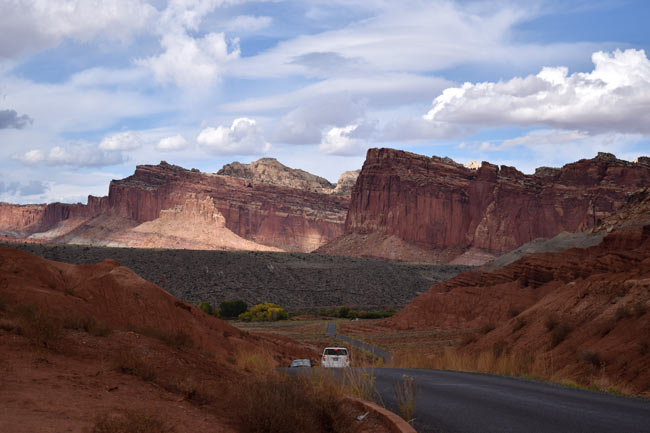 If you’ve been following along, I’ve upped my roadtripping game by getting myself an RV, specifically a little Roadtrek Agile that I call Buffalo Soldier. I made a swing through the Mojave Desert, all five of the National Parks of Utah, skimming a corner of Colorado and the north of New Mexico to visit the Ancients in Mesa Verde and Chaco Canyon, then rode Old Route 66 back home. So how was the transition?

In a word: fantastic! As a complete newbie to RVing, I’m not sure I have any salient advice to give to a veteran, but, for anyone wondering about taking the plunge, I can help ease the transition by telling you what I did wrong and what I would do differently.

First things first, RVing is a game changer. If you’ve followed any of my previous roadtrips, you know, since my female terrier got too old to accompany me, my trips are always solo. Firstly, because I have a British husband who would probably rather have a root canal than do a roadtrip, and because my mode of travel (heavy on the history and I brake for roadside kitsch) would drive most people batty. I like to think that I have pretty good instincts, so I’ve never had a bad experience as a solo female roadtripper. But I have shown up at some motels that looked so sketchy, I kept on driving, sometimes into the night with with no indication that I would find another safer one. Part of the problem is that, when you are going to National Parks or following the tracks of Lewis & Clark, you tend to end up in areas where the accommodation choices are few, maybe not ideal and often miles away from the park you want to visit. Right off the bat, RVing feels safer. You can get yourself closer to or in the Parks where rangers are on patrol and the people who surround you tend to be vacationing families or retirees, neither one from a demographic that is likely to rob or otherwise bother you. 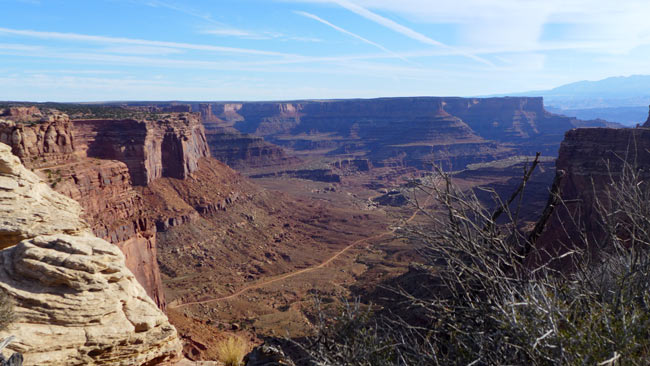 Give me land, lots of land…RVing got me a lot closer to scenes like this.

That said, RVing is not like roadtripping in a car. And driving a teeny tiny RV like mine is not the same is traveling in one of those huge monster home RVs. I sometimes feel I’m like a camper who travels with a pack of mules. I don’t have to hump everything around on my back, but I don’t have the luxury of overpacking. Actually, I had no need to overpack. I found I brought more than I needed and lugged around some things I never touched.

1. Packing clothes in stuff sacks. This may have been the single smartest thing I did. Stuff sacks allowed me to store like things — hiking shirts, underwear, hiking socks — in separate, labeled sacks. Then I could throw them all in an overhead bin, pull them all out and quickly find exactly what I was looking for without repacking an entire wardrobe each time. That said, I packed many more clothes than I needed for three weeks. 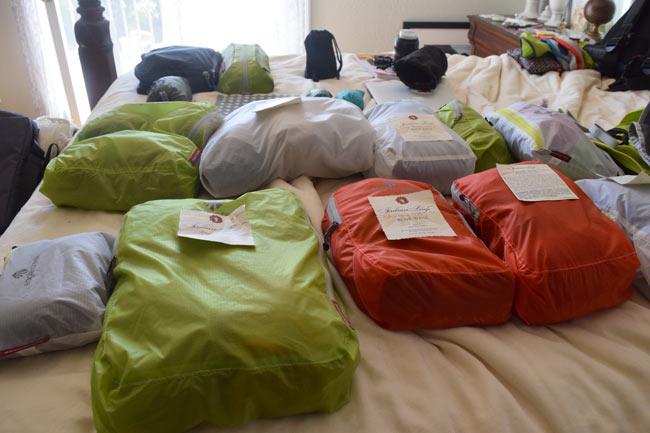 Since I will reuse these sacks for different items, I marked them with old wine labels. You don’t need to do this.

2. Packing bedding in large laundry bags. Essentially, I used these as stuff sacks as well, my duvet with sheet cover in one and my mattress pad and fitted sheet in the other. Since I have such a small RV, I don’t have the space to leave the bed down. Using the stuff sack method, I could break down the bedding, shove it in an overhead cabinet and have my RV back to daytime mode in less than five minutes.

3. Creating a cedar closet out of my one hanging locker. I bought a packet of those cedar plank hangers and a plastic basket for this locker. That let me hang a fleece and stow my shoes, hiking poles and backpack out of the way. I also hung up hiking shirts and pants that had been worn, weren’t necessarily ready for the wash, but that I didn’t want to stuff back in a stuff sack with clean clothes. The cedar planks kept everything fresh.

4. A Duluth Trading Ultimate Mobile Desk. I travel alone, so I have an empty seat next to me. The perfect place to put this multi-pocketed organizer. I used it to hold all my RV and insurance related papers, all my guidebooks, cookbooks, my laptop and iPad, pens, miscellaneous writing supplies. It also had handy outside pockets for my remotes, a thermos, in addition to a clipboard on top for any maps or campground related papers I needed to refer to. This may have been one of the single best organizing tools for my RV. But since it’s designed to anchor to a seat, I’m not sure how stable it would be if you had a co-pilot and had to put it in the rear of your RV instead of in the passenger seat. 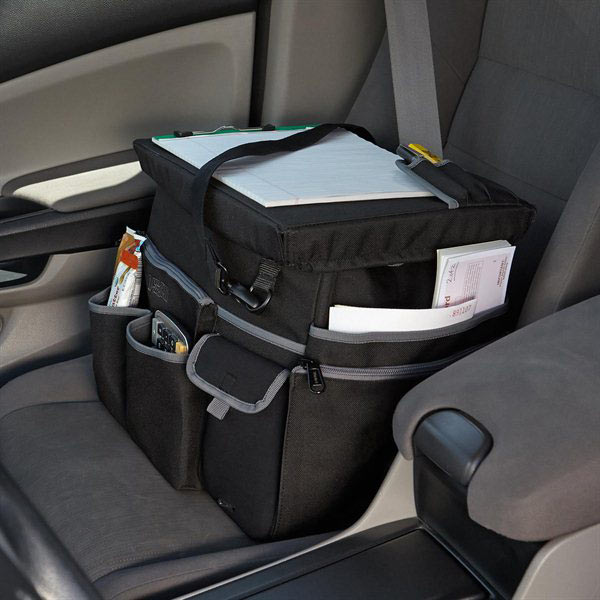 You wouldn’t believe how much I fit in this including my travel journal and current campground info clipped to the built in clipboard on the top. (This is Duluth’s promotional picture.)

5. Egg-Tastic Microwave Egg Cooker. I have a soft spot for late night TV gadgets and this is one of the better ones. In less than a minute in the microwave, it cooks eggs — either over easy or scrambled. The pot gets hot, so it keeps breakfast warm and also warmed my hands on those unexpectedly cold desert mornings.

6. My Instant Pot. You’ve heard me sing its praises before: it’s a pressure cooker, slow Cooker, rice Cooker, saute/browner, yogurt maker, steamer & warmer. Full disclosure, I only used it as a pressure cooker. But I could brown onions, saute the meat in it, then deglaze it, and do the final pressure cooking all in one pot and all without using my propane. Best of all, I could run an extension cord and do my cooking outside, so no after dinner smells in my little RV. At several parks, where I assembled and cooked ingredients for risotto — which became my go-to dinner — my Instant Pot became a great conversation starter. I think I made several converts. 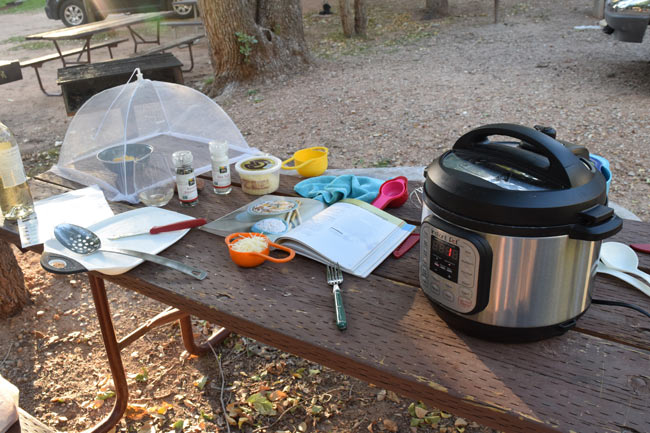 In the final stages of making butternut squash and sage risotto at Zion National Park. (Note to self: work on those prep pictures.)

What I Didn’t Need 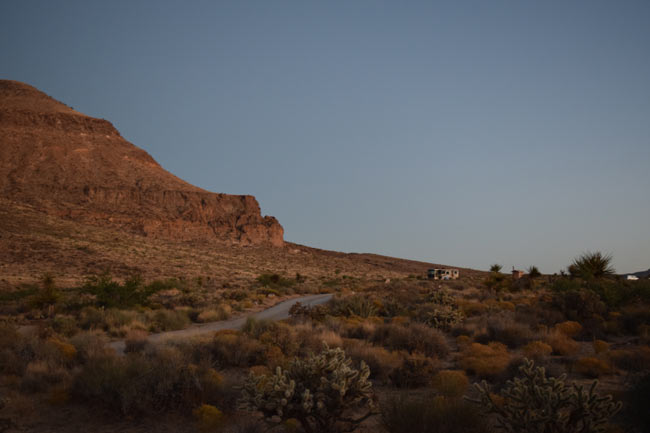 I made it to this remote Mojave campground just before the sun set. But you don’t even want to be negotiating a well-lit campground after dark.

2. Campfires. I had visions of cooking every meal over a roaring campfire or at least over my little foldable charcoal grill. That was quashed when I struggled to get my John Wayne charcoal briquets lit. The unexpected cold also limited my desire to struggle with campfires. It wasn’t until the end of my trip that I bought some of those firestarter briquets and found I could get a charcoal fire going in about ten minutes. I think, in the future, I’ll use my grill to get charcoal going as a firestarter. That will let me break out my campfire rack and my cast iron pans and do some real cowboy cooking.

2. Staying at National Park campgrounds. For my first RVing foray, I didn’t want to jump off the deep end and boondock in sites with no amenities but pit toilets. Unfortunately, that describes a lot of National Park campgrounds. So I opted mostly for commercial campgrounds with full hook-ups, hot showers and flush toilets. That worked out well for me as I’m still struggling with figuring out how to make my batteries last through the night when I have no shore power. Once I get that figured out, I’ll be more adventurous.

3. Staying at truck stops. I ran out of time on one leg of my journey and ended up staying in a Love’s Truck Stop. It was a lot more amenable than you’d think. You ask up at the front desk where it’s okay for RVs to park and the nice ladies give you options to be in a darker, quieter place or a well lit area. At the big chain truck stops — Love’s, Pilot and Flying J — the restrooms are surprisingly clean, they often have very nice private pay showers (towel included), sometimes a TV lounge, and usually a restaurant where breakfast is served all night. At the very least, you can always get your thermos filled with hot, strong coffee. If I’m on a roadtrip out of California, my first day is always a long haul as I either have to head over the Sierras at Tahoe or get around the Sierras practically down at LA. I think in the future, I might break up my journey with a first night at a truck stop. Except for the slight tang of diesel in the air and the non-stop sound of big rigs pulling in, truck stops are a pretty good option.

Besides, who doesn’t secretly think truckers are cool. I did most of my fueling up at truck stops because they reliably had diesel and are a lot easier to navigate than regular filling stations for an RV. I always hummed this song under my breath.


In short, I’m now an enthusiastic if still somewhat clueless RVer. There are tons of things I’m pretty sure I’m doing wrong. But I’m already planning up my next trip. In fact, I’m mentally thinking that, in addition to my yearly epic roadtrip, I need to do a short on every quarter. So watch this space! As always, suggestions, criticisms and kudos are welcomed.

By the way, you can see pictures of my trip on Flickr: Zion here and here. Bryce here. Capitol Reef and Escalante. Chaco Canyon and Taos and Grand Canyon. 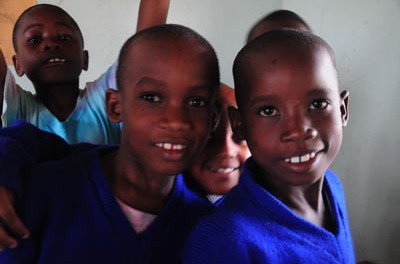 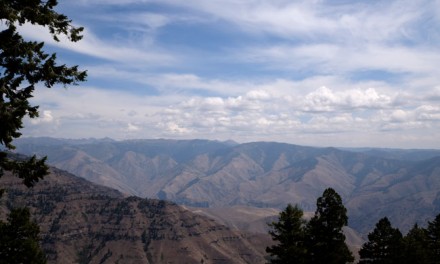