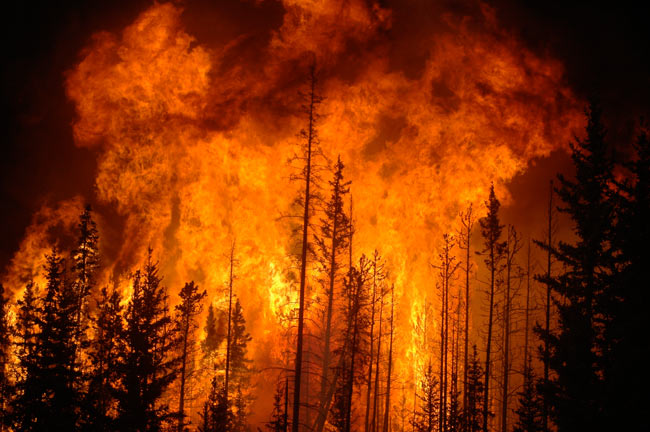 It’s done. It happened. It’s not going to be undone by a revolt of rogue electoral college members. Or marching down the street screaming #NotMyPresident.
My Facebook tribes in both public and private groups have been so therapeutic and, more importantly, so productive for processing the election and finding groups and solutions for moving forward. I think many of us are beginning to get beyond the post-mortem and (I hope) the finger pointing and coming up with some solid actionable plans for the next few years in the wilderness.
I won’t spend too much time on the “why it happened”. Many are trying to make a simple narrative, especially one that would support the thesis that Bernie Sanders would have whooped Trump. If you look at the exit polls and the voter demographics and you aren’t a die hard BernieBro, you’ll see that is NOT the case. He couldn’t win a primary against Hillary Clinton. Sure he won 20 something states, but he only won the really White ones and he didn’t win any of the really big ones. All the screaming about Debbie Wasserman Schultz “putting her finger on the scale”. Really? Did you ever meet a voter who said, “Gee, I like this Bernie guy, but DWS prefers Hillary so I guess I can’t vote for him.” Face it, if his message had resonated with more people — and it never resonated with Latinos, African Americans, Asians, pretty much not with much of anyone but the youngest White voters. And those polls that showed him beating Trump? Those were snapshots of when he was an unvetted shiny new thing and Trump was still a circus sideshow that no one thought would beat Ted Cruz. 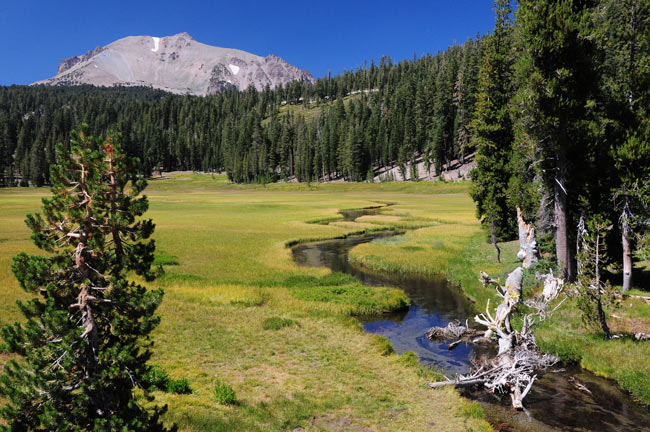 The volcano exploded, but it’s going to fertilize our field. Pull up your big kid pants, stop fingerpointing and let’s get to work.

So let’s set that aside and look at the data and the exit polls. I will only summarize, but it’s a much more complicated picture with many issues and attitudes and demographics all tangled up in unconventional ways.
The first people Trump got were White people who are just sick and tired of sharing society, civility and any seat at the table with African Americans, Latinos, LGBT people, Asians, Muslims, women, immigrants. Let’s just say it: the bigots.
But there was a larger group, who were not hateful people, but wanted to see an America that reflected a Leave It to Beaver idyll where, as one Trump supporter put it, “there are no African-Americans, no Latino-Americans, just all Americans.” Except, if you look at their exit polling results, one of the first thing they listed as “wrong with America” or a concern was that “special interest groups like Black Lives Matter and other protestors are getting too much attention.” So we are probably looking at the nice, friendly often small town American who is profoundly uncomfortable with “the other” and the slice of the pie they seem to be demanding. They are also sick of East and West Coast urban elites telling them they have to give these groups what they feel is undue deference or risk getting labeled “racist”. It’s just these types of nice, friendly Americans who had a backlash to the Civil Rights Movement and the Great Society in the Sixties by embracing Richard Nixon’s “law & order” message. It’s no coincidence that “law & order” is one of the next most quoted phrases in Tuesday’s exit polling. The third is “the economy”, but here’s where it gets murky. When you look at who overwhelmingly went for Trump, it was White people. And the higher the income, the more they broke for Trump. By contrast, Hillary cleaned up with poor people. Another statistic showed that, in Rust Belt states, the counties that actually did better in the recovery broke more for Trump than those that were more depressed. Turn-out was down and it’s possible that the typical Hillary voter just stayed home. But it’s also no coincidence that the projected Hillary areas where her turnout was down, they were counties that had been targeted by draconian voter ID laws, reduced polling places and massive redistricting. It’s pretty clear, a lot of people flat out couldn’t get to the polls or couldn’t get registered.
We have spent more than a decade holding together a broad coalition that stretched all the way into what was formerly moderate Republican territory where mostly the White people we’ve lost resided. But now our coalition is fractured and we’ve lost the groups that formerly pulled us right of center.
We are suddenly freed to be the Tea Party of the Left. We can go whole hog full tilt boogie into a Left so Left that even Bernie Sanders will be saying, “Whoa, pull the pendulum back a bit.” We can swing for the fences. We can throw Hail Mary passes. We can throw shit at the wall and see what sticks. We won’t piss off the moderate right of center White people who were in our tent. They’ve left us. They probably aren’t coming back any time soon. 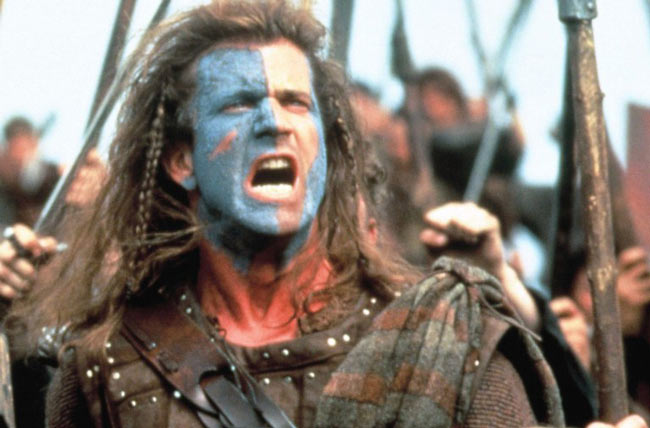 We are no longer the Elites. We are in the Wilderness. We can paint our faces blue, sharpen our broadswords and lift up our kilts at the new boss. FREEDOM!!!

It’s much easier to craft a strong message when you are speaking to a smaller audience using a louder voice and simpler words. Donald Trump promised a return to a Beaver Cleaver world with great manufacturing jobs for even the uneducated, back when Nazism was defeated and we didn’t need to worry about foreigners. He resonated most clearly with the bigots who said “Yay, we didn’t have to be nice to all those inconvenient ‘others’.” But the tailwind of that argument pulled in people with legitimate concerns. Or concerns that weren’t necessarily real but were fears for the future. They might not have been in a crime-ridden neighborhood but they heard about crime and feared it might come to them. They hadn’t necessarily lost their jobs but they feared that the ones they had could disappear with the next trade deal. They voted for the dream despite the bigotry, not because of it.

We’ll never get back that section of White voters who are now unmasked (at least to us other Whites) as having deep wells of bigotry, but we don’t want’em anyway. But we can bring back the latter groups.
I saw Elizabeth Warren setting the tone for this on Rachel Maddow last night, basically promising the equivalent of running into the beerhall and taking a chair leg to the Brownshirts.
Of course, when I said Tea Party of the Left. I don’t mean obstruction for the sake of bloody mindedness (although the temptation to do this to Newt Gingrich is going to be hard to resist). But now we are deliciously freed to stake out some ground. And we can stake it so far from anything Trump stands for that our position is unequivocal. Then we fight with everything we have. We paint our faces blue and pick up our broadswords. 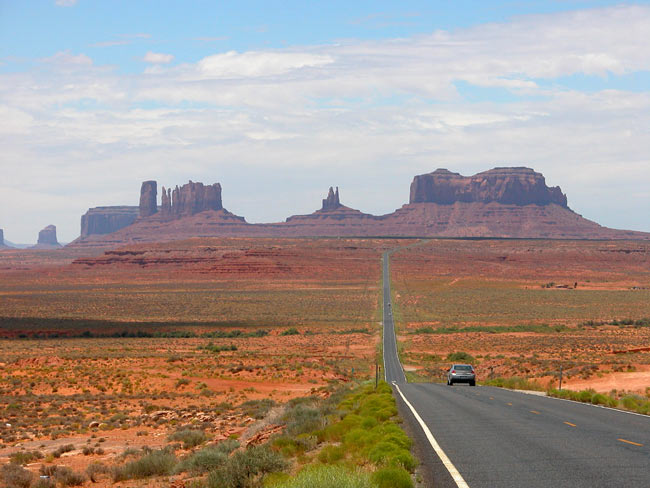 I’m over the mourning, I’m past the fingerpointing. I’m taking my show on the road. And here’s where I’m going.

When Trump reneges on his promises, especially the ones that appealed to the people we want back, we’ll be there pointing fingers. It’s not been a week since the election and already he’s broken five of his first points in his First Hundred Day Plan. He promised to “Drain the Swamp”, but his transition team is a toxic stew of the same old lobbyists, hedgefund managers, big banking executives, and old fossil Washington insiders like Newt Gingrich. Hey presto! Trump’s now the Establishment and the Elite himself. We are the Sans Coulottes with the Guillotine. We need to call him out every time he starts to eat cake.

Our first goal has to be the mid-terms and flipping as many governorships, state legislature seats and Congressional seats as we can. That gives us the power to redress rampant voter disenfranchisement. We address this through litigation as well. Meanwhile, we remain the loud and pitchfork waving opposition at every move of the Trump administration to cozy up to big banks, give breaks to Wall Street and snatch Medicare and other safety net items from hardworking people.
In later years, we can cautiously expand a little more toward those people we lost in the middle of the spectrum. But for the immediate future, we concentrate on those groups we carried.
The first heavy lifting has to come from the DNC. They need to aggressively find, groom and promote talent, especially young and even more diverse talent that we can propel into those Governorships and to the Senate at the mid-terms. We’ve already made a great start with Senators, especially women of color: Kamala Harris, Catherine Cortez Masto, Pramila Jayamal and Tammy Duckworth. We’re off to a good start with this crew.

It’s going to take more than a village. It’s going to take an army. Each of us has to pledge to do grassroots organizing, volunteering, get out the vote work and voter enfranchisement work for the local.
My personal quest: voter enfranchisement for Native American. On my recent roadtrip I passed through probably a dozen reservations — Paiute, Apache, Zuni, Hopi, Navajo. Every home had a Clinton/Kaine sign outside it. Yet, I later read that in the vast Navajo Reservation, which is the size of some states, Arizona refused to establish even one polling place. That left some of the poorest people in America to drive upwards of 200 miles to vote. Who knows how many were able to make the trip or even able to get registered. I’ve already planned several trips to the Four Corners region to see what I can do to carpool people to register, help them access candidate information, then return to carpool whoever needs me out to the polls. The gas is on me!
Here are some great suggestions for things you can do now.
What’s your plan? 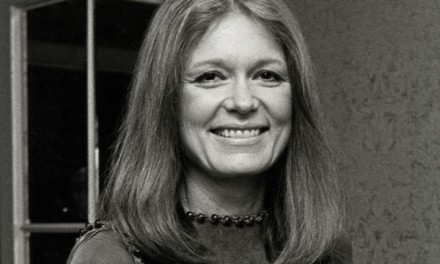 Are You Sure You Want to Throw Out “Old” Feminists? 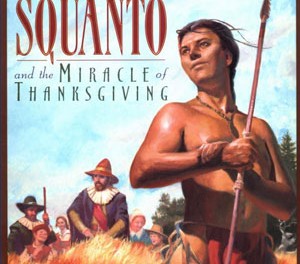 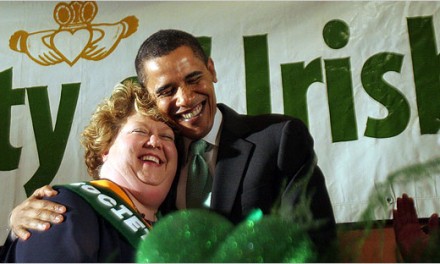